The remaining members of the 1992 Open Skies Treaty are moving forward with determining how the treaty will function after Russia withdraws in December 2021, a year after the United States also pulled out. 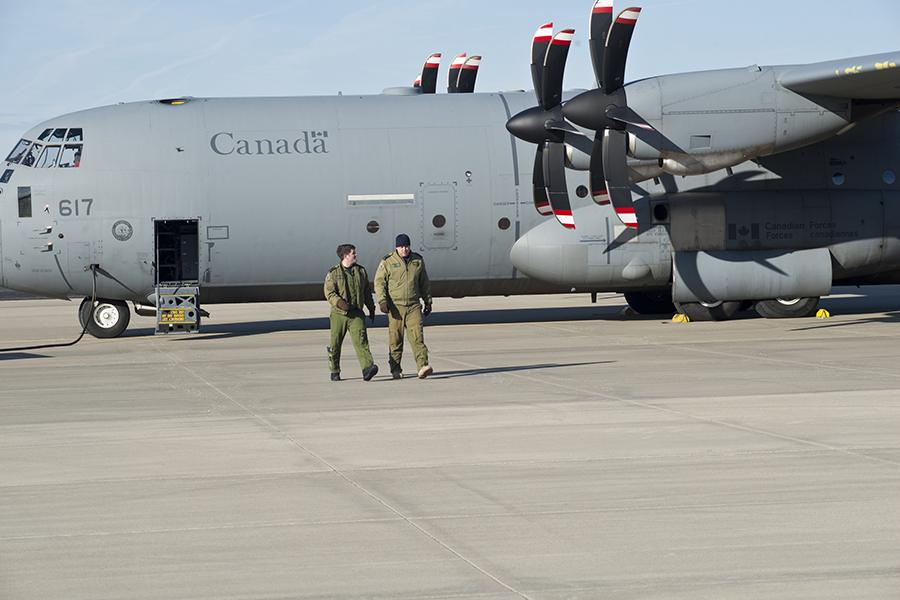 Canada and Hungary, the treaty depositaries, convened the states-parties for a videoconference on July 20 to discuss Russia’s announcement in June that it will withdraw from the accord Dec. 18. (See ACT, July/August 2021.) The conference brought together 183 representatives from the 33 states-parties, according to a statement by the Organization for Security and Co-operation in Europe (OSCE).

The representatives discussed “the overall impact on operational functionality of the Treaty, the impact on the allocation of observation quotas and on financial arrangements within the Treaty, and other potential effects on the Treaty,” the OSCE statement said. “The discussion was extensive with 28 States Parties to the Treaty offering a broad range of views on several key topics pertaining to the effect of the decision by the Russian Federation to withdraw from the Treaty,” the statement added.

Russian Deputy Foreign Minister Sergei Ryabkov said in his address to the conference that the U.S. withdrawal in 2020 destroyed “the balance of interests, rights, and obligations of the participants” in the treaty. He reiterated that the states-parties’ refusal to provide written guarantees that they will neither share data collected under the treaty with the United States nor prohibit overflights of U.S. bases in Europe informed Moscow’s decision to leave the accord. (See ACT, December 2020.)

Ryabkov also rejected the call made by NATO in its June communiqué for Russia to return to full compliance with the treaty and emphasized that Moscow will not change course. “The train has left,” he said during his closing remarks. “If you were really interested in Russia remaining in the [Open Skies Treaty], you would have acted differently.”

The deputy foreign minister concluded with a warning that if the treaty “is further terminated, the entire blame for such an outcome will also fall on the United States and its allies.”

Other states-parties at the conference, such as France and the United Kingdom, expressed their disappointment with Russia’s withdrawal decision and their intention to remain fully committed to the treaty. Susanne Baumann, German commissioner for disarmament and arms control, said that Russia’s withdrawal places “significant strain” on the treaty and that “a new approach to conventional arms control is much needed.”

Katarina Kertysova, a policy fellow at the European Leadership Network, in a July article encouraged the remaining states-parties to keep the treaty alive because there is “ongoing value in overflying Ukraine, Georgia, and Bosnia and Herzegovina,” as well as in conducting extraordinary observation flights, as occurred in Ukraine in 2014. Kertysova also suggested possible ways in which the treaty could be reimagined and expanded, such as by verifying international arms control agreements and extending the geographical scope of the treaty outside of the Euro-Atlantic region.

Meanwhile, Alexander Graef, a researcher at the Institute for Peace, Research, and Security Policy in Hamburg, emphasized on July 20 that “[n]o amount of national technical means can replace the value of [military-to-military] contacts” provided through the treaty’s implementation.

Entering into force in 2002, the Open Skies Treaty permits each state-party to conduct short-notice, unarmed observation flights over the others’ entire territories to collect data on military forces and activities. The Biden administration informed Moscow in May that it would not seek to rejoin the accord after the Trump administration withdrew Washington from the treaty in November 2020. (See ACT, June 2021.)

The remaining members of the 1992 Open Skies Treaty are trying to figure out how the treaty will function once Russia withdraws in December.

(WASHINGTON, DC)—A new report from the Arms Control Association details the growing allure but also the risks of the aggressive pursuit of hypersonic weapons by the United States amid a renewed emphasis on military competition with China and Russia. The report also proposes action items for Congress to better understand the Defense Department’s plans for the weapons and mitigate strategic stability risks.

The debate concerning hypersonic weapons has gained increased attention in recent years as the United States has poured billions of dollars—and plans to pour billions more—into accelerating the development of hypersonic weapons and as China and Russia make headway in developing and deploying their own such weapons. The Pentagon is funding no less than eight prototype hypersonic weapons programs with the aim of fielding an initial capability of at least some of those by 2022.

“[T]he U.S. rush to field hypersonic weapons merits a more critical examination by the Biden administration and Congress given the many unanswered questions about their rationale, technical viability, cost-effectiveness, and escalatory risks,” write Shannon Bugos, a research associate, and Kingston Reif, the director for disarmament and threat reduction policy at the Arms Control Association.

“It is time—in fact, past time—for Congress to demand these answers before the military begins fielding the weapons in great numbers,” they say.

The report, Understanding Hypersonic Weapons: Managing the Allure and the Risks, outlines the scope of the unanswered questions about the case for hypersonic weapons, details the underappreciated risks to stability posed by the weapons, assesses the viability of arms control as a tool to reduce these risks, and suggests recommended action items for Congress to better its understanding about the Pentagon’s plans for the weapons, eliminate potential redundancies in weapons capabilities, and mitigate stability risks.

The full report is available for download at ArmsControl.org/Reports.

This new report details the growing allure—and risks—of hypersonic weapons being pursued by the United States amid a renewed emphasis on military competition with China and Russia. The report also proposes action items for Congress to better understand the Defense Department’s plans for the weapons and mitigate strategic stability risks.

US at ‘huge risk’ as China & Russia’s missile expansion may trigger nuke war that CAN’T be controlled, experts say

Authored by Kingston Reif and Shannon Bugos on July 30, 2021
The United States and Russia restarted in July a bilateral dialogue to discuss strategic stability and the future of arms control and agreed to meet again in late September. U.S. President Joe Biden and Russian President Vladimir Putin agreed to relaunch the dialogue during their June summit to begin what will likely be a long, contentious process to make progress on nuclear arms control before the last remaining arms control agreement between the two countries expires in under five years. During the “professional and substantive” talks July 28 in Geneva, “the U.S. delegation discussed U.S...

Yes, America Can Defend Itself Against Hypersonic Missiles

Biden to Review U.S. Nuclear-Weapons Programs, With Eye Toward Cuts