The Energy Department’s cost to build the infrastructure to produce new plutonium cores for U.S. nuclear warheads could be as high as $18 billion, according to a department estimate and yet-to-be-released internal estimates detailed to Arms Control Today by a congressional source. 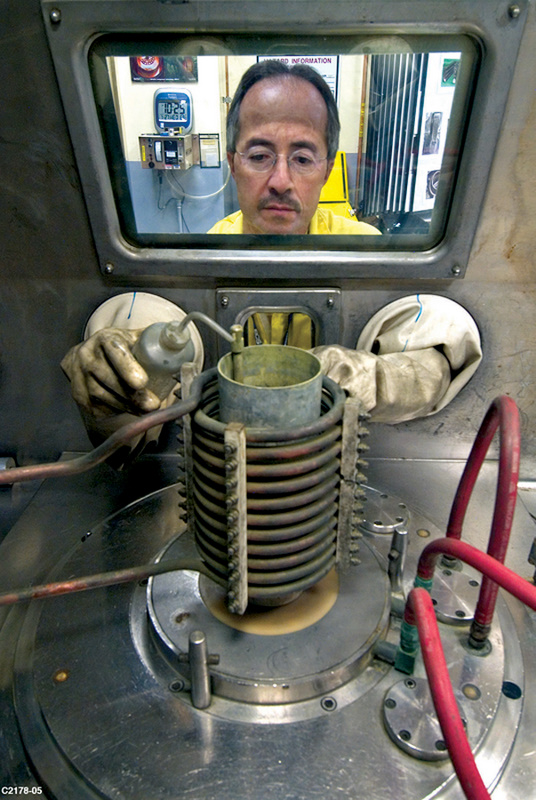 The updated price tag is nearly two and half times larger than earlier projections and is likely to raise fresh doubts about the affordability of the department’s aggressive plans to sustain and modernize U.S. nuclear warheads and their supporting infrastructure.

The updated estimates are not reflected in the budget plan for the National Nuclear Security Administration (NNSA) that the Trump administration bequeathed to the Biden administration. That means future NNSA weapons program budget requests will require significant increases beyond current plans just to accommodate the growth in the projected cost of pit production.

“The data shows that the last Administration sold a plan that is not executable and has left it to the Biden Administration to sort out,” the congressional source told Arms Control Today.

The Trump administration’s 2018 Nuclear Posture Review proposed to increase the rate of production of plutonium pits for nuclear warheads to at least 80 per year at two sites. Congress subsequently mandated production to that level in the 2020 National Defense Authorization Act. (See ACT, June 2018.)

“CD-1 approval marks the completion of the project definition phase and the conceptual design,” an NNSA press release stated. The CD-1 cost estimate for the Los Alamos pit facility is $2.7-3.9 billion, with an overall project completion date range of 2027-2028, it said.

That is an increase from a preliminary estimate of $1.5-3.0 billion completed in 2015 for the 30-pit capability. The NNSA press release did not specify how the agency plans to achieve the production of at least 30 pits per year at Los Alamos.

According to the congressional source, the projected CD-1 cost to complete the pit production facility at Savannah River, which was presented to the Energy Department for a decision and has yet to be released, is $8-14 billion. In 2018, the agency had estimated that the facility would cost $1.8-4.6 billion to complete.

The Biden administration’s fiscal year 2022 budget request published May 28 said: “The scope, cost and schedule estimates developed for the CD-1 approval package include an estimated high end of the cost range at $11.1B [billion].” It is not clear how the agency settled on this figure.

The updated cost estimate also raises questions about whether the Savannah River site can realistically produce at least 50 pits annually by 2030. Jill Hruby, President Biden’s nominee to be administrator of the NNSA told the Senate Armed Services Committee at her May 27 confirmation hearing that the 50-pit goal “is likely to, now, be somewhere between 2030 and 2035.” The budget request said that achieving that goal by 2030 “is not likely.”

The Pentagon and the NNSA have offered several justifications for seeking a production capability of at least 80 pits per year by 2030. One is the need to build enough new W87-1 intercontinental ballistic missile (ICBM) warheads to arm the Air Force’s new ICBM, known as the Ground-Based Strategic Deterrent system. The new missile system is slated to be fielded between 2028 and 2036.

Other justifications include enhancing the safety and security of nuclear warheads and hedging against uncertainty about the aging plutonium in the pits. The new production targets would allow the NNSA to replace all the estimated 3,800 operational warheads in the U.S. stockpile by the end of the century.

But skeptics have raised concerns about the executability of and the need for the ambitious production plan.

An independent March 2019 study by the Institute for Defense Analyses concluded that there is “no historical precedent” for the agency’s plan to go from the current annual production level of zero to 80 pits by 2030. “No available option can be expected to provide 80 pits per year by 2030,” the report said.

In addition, the Government Accountability Office (GAO) noted in a report published last September that the NNSA “has been unable to plan for and complete major construction projects on time” and, over the past two decades, Los Alamos “has twice had to suspend laboratory-wide operations after the discovery of significant safety issues.”

“The latest cost estimates suggest [the] NNSA has done little to improve its management of major programs,” Sharon Weiner, a former program examiner with the National Security Division of the Office of Management and Budget, said in a May 19 email.

“Given that [the] NNSA is unlikely to meet pit production goals with either facility, now is the time to reconsider pit production plans rather than commit to two budget fiascos,” she wrote.

It remains to be seen whether the Biden administration will stick to the plan to produce 80 pits per year at two sites despite the growing price tag.

Asked at a House Appropriations Committee hearing on May 12 if she supports the NNSA’s current approach, Energy Secretary Jennifer Granholm replied, “I do.”

The rising cost of the plutonium mission comes on the heels of large spending increases on nuclear weapons programs at the NNSA over the past four years. (See ACT, March 2021.)

The ambition of the agency’s modernization program is unlike anything seen since the Cold War. Allison Bawden, a director at the GAO, told Congress in March 2020 that the federal spending watchdog is “concerned about the long-term affordability of the plans.”