Even as world leaders raise alarms about accelerating missile proliferation, the primary multilateral initiative designed to check this trend is struggling to keep pace with the changing technologies that are making these weapons more accessible and more attractive. 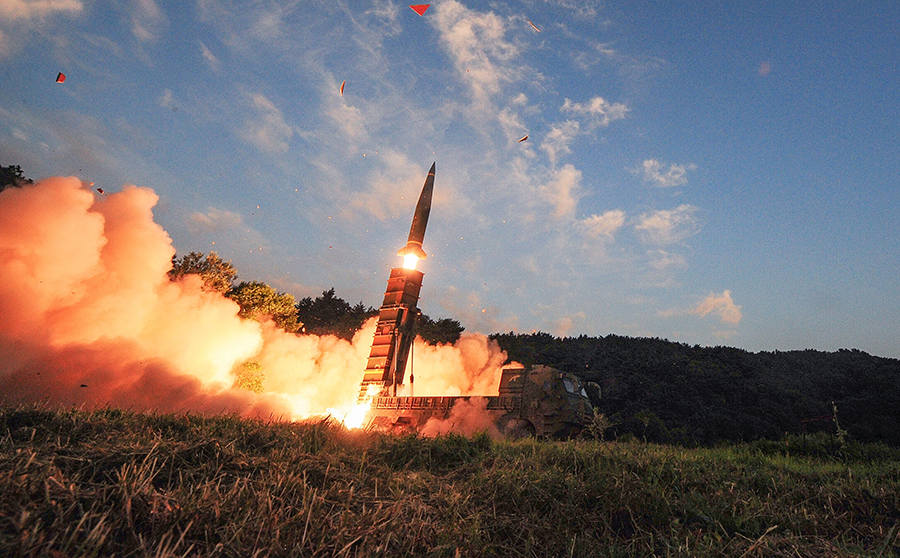 In an April 19 statement, the nonproliferation directors for the Group of Seven (G7) countries expressed grave concern over the “accelerating proliferation of ballistic and other missile technologies, including at the hands of non-state actors.” The spread of these systems is a “threat to regional and global security,” the statement said.

It exhorted all states to “unilaterally adhere” to the 1987 Missile Technology Control Regime (MTCR), a voluntary export control regime designed to prevent the spread of missiles and materials used for missiles that could deliver weapons of mass destruction (see page 29).

The MTCR is credited with slowing advances in a number of programs for ballistic missiles in the years after it was created, including a joint development project among Argentina, Egypt, and Iraq, as well as missile programs in Brazil and South Africa. The regime has also prompted member states to put in place export controls on missiles and related technology. But the initiative’s consensus-based decision-making has made it difficult to admit new members and update the regime’s guidelines to adapt to new technologies.

Moreover, new acquisitions of missiles and related materials by countries such as China, India, Iran, North Korea, Pakistan, Russia, South Korea, Taiwan, and the United States, as well as nonstate actors such as Hamas and the Houthis, pose serious challenges.

MTCR chair Thomas Hajnoczi of Austria told Arms Control Today in a May 17 email that he sees “missile-based power projection on the rise.” An increasing number of states and nonstate actors are producing missiles or missile components, making the MTCR “more relevant than ever,” he wrote.

Hajnoczi, speaking in his personal capacity, said the MTCR needs to make a concerted effort to address these developments in order to be effective. The “proliferation of technology becomes increasingly challenging to control—both in terms of concrete goods and components, as well as knowledge knowingly or unwittingly being transferred,” he said.

Timothy Wright, a research analyst and program administrator at the International Institute for Strategic Studies, told Arms Control Today in a May 17 email that the MTCR “remains a useful tool for countering missile proliferation” but the “regime is creaking in places” and reforms will be necessary to sustain and strengthen it.

Wright said that “more states than ever possess ballistic and cruise missiles” and many are diversifying and improving their conventional missile capabilities but that it is debatable whether missile proliferation is accelerating. He noted, for example, that new types of land-attack cruise missiles were introduced at the same rate from 2000 to 2010 as from 2010 to 2020.

As states develop new missile systems, they contribute to a risk of “proliferation through imitation,” as other states seek to acquire similar capabilities, Wright said. This trend is particularly evident among states pursuing new hypersonic glide vehicles, he added.

Hajnoczi noted that not all hypersonic technology is covered by the MTCR and that could be an area for further discussion by member states. One of Austria’s priorities this year, he said, is “keeping pace with technological progress” to ensure the regime remains effective. He stressed the G7 commitment in the statement to “review the material and technology that we control . . . supporting work to update multilateral export control regime lists” and sharing expertise to address new technologies.

Hajnoczi also cited the “unprecedented surge in interest and activity in space” that makes satellite technology more accessible. This poses a challenge because of the “substantial technological overlap between the technology used to transport satellites into space and that used to deliver weapons of mass destruction,” he said. The MTCR should work with other relevant international organizations to address this development, he said.

Wright also cited technical developments as a factor increasing state interest in missile systems. Developments in guidance and propulsion technologies have made cruise and ballistic missiles “more accessible and affordable” and “increased the utility of missile systems as long-range precision strike weapons and as a means of regional deterrence,” he said.

Perceived regional threats appear to be spurring missile proliferation in Asia. Taiwan, which is not a member of the MTCR, is modernizing and diversifying its missile arsenal in order to bolster its deterrence posture against China. Although Taiwan’s missile force historically contained defensive anti-ship cruise missiles and short-range ballistic missiles, the island has begun developing and producing longer-range missile systems.

In January, Taiwan deployed a new cruise missile with a range of 1,200 kilometers. In addition, as Li Shih-Chiang, director of the Department of Strategic Planning in the defense ministry, stated on April 19, the U.S. AGM-158 Joint Air-to-Surface Standoff Missile, which has a range of more than 370 kilometers, remains on “Taiwan’s arms wish list.”

MTCR members Australia and South Korea also have been increasingly investing in their missile forces. Although MTCR members do not commit to forgo missiles and UAVs capable of delivering weapons of mass destruction, their acquisition and development of these systems, sometimes with the assistance of other MTCR members, contributes to missile race dynamics.

When South Korea joined the regime in 2001, it negotiated a new bilateral missile agreement with the United States that limited the country’s missiles to systems below the MTCR threshold, a modest extension to the range restrictions imposed by the original 1979 deal. In a series of agreements beginning in 2012, South Korea negotiated less stringent limitations on the payload and range of its missiles. (See ACT, June 2020.) Most recently, President Moon Jae-in announced May 21, after meeting with President Joe Biden, that the United States agreed to terminate the remaining restrictions.

Australia, whose relationship with China deteriorated in 2020, announced on May 11 that its next fiscal year plan includes $212 billion over the next decade for upgrading defense capabilities, including building its own guided missiles with U.S. help.

Perceived changes in the strategic and security environment have impacted Australia’s decisions. In its 2020 Defence Strategic Update, the Australian Department of Defence reported new investments in an “enhanced integrated air and missile defence system and very high-speed and ballistic missile defence capabilities for deployed forces.” It tied the decision to the destabilizing effects of regional military modernizations, such as North Korea’s missile programs.

Nonstate actors are also pursuing missile systems capable of delivering weapons of mass destruction. Houthi attacks using ballistic missiles on Saudi Arabia demonstrate the group’s ability “to design and manufacture missiles and UAVs domestically and their professional technical expertise,” according to the January 2021 report by the UN Panel of Experts on Yemen.

The United Nations also found evidence of Iran providing missile systems to the Houthis, which highlights another proliferation challenge, namely that as states develop new capabilities, they could choose to sell their systems, driving further proliferation.

The G7 call for all states to adhere to the MTCR could be useful in encouraging states to adopt more comprehensive and effective export control guidelines to prevent the transfer of dual-use materials and technologies.

Hajnoczi said that “outreach to relevant countries” is important as the MTCR and Austria seek to expand the regime beyond the current membership. The pandemic halted outreach, but he hopes to resume those efforts later this summer.

In the past, MTCR chairs have conducted outreach visits to nonmember states to provide updates on MTCR guidelines and learn about states’ export control legislation. Recent outreach visits in 2020 and 2018 included Israel, Jordan, and Pakistan.

Austria is committed to making more information about MTCR activities available to the public when appropriate, Hajnoczi said, noting that “increasing understanding of the objectives and work of the MTCR” could be beneficial to the regime.

Wright also expressed support for expanding membership, particularly in regions where missile production and proliferation are prevalent. Some of the more troubling missile proliferation developments are taking place in the Middle East and Asia, where few states have joined the MTCR.