In a significant departure from an earlier pledge, the United Kingdom announced in March that it will raise the ceiling on its nuclear warhead stockpile by more than 40 percent above its previous target and would no longer publish information about the number of warheads it maintains in an operational status. 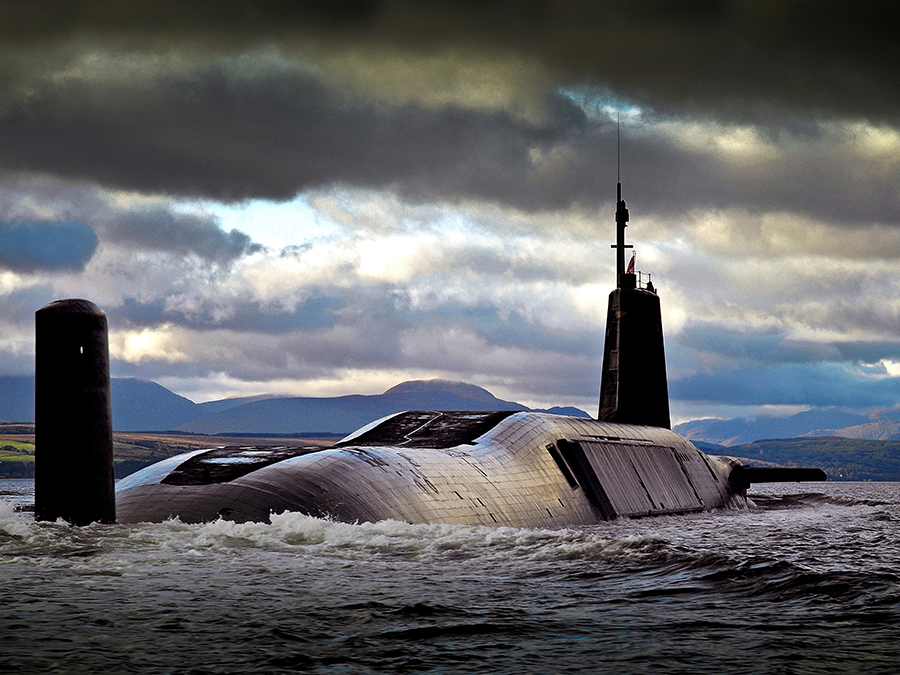 The decision prompted concern around the world and raised questions about the UK’s commitment to its nuclear disarmament obligations under Article VI of the nuclear Nonproliferation Treaty (NPT).

London will raise the ceiling on its overall stockpile to 260 warheads by the middle of the decade, according to an integrated review of security, defense, development, and foreign policy published March 16. The new ceiling is a 44 percent increase above the level of 180 warheads that was first announced in the UK’s 2010 Strategic Defence and Security Review and reiterated again in 2015. (See ACT, December 2015; November 2010.)

The UK currently has about 195 nuclear warheads, of which 120 are operational, according to an estimate by researchers at the Federation of American Scientists. The UK deploys its entire nuclear arsenal aboard four Vanguard-class submarines, each of which is armed with Trident II D5 submarine-launched ballistic missiles. At least one submarine is always at sea on deterrence patrol. London maintains that a submarine on patrol would require several days’ notice to launch a missile.

The integrated review attributed the change in the warhead stockpile to “the evolving security environment, including the developing range of technological and doctrinal threats” and cited “risks to the UK from major nuclear armed states, emerging nuclear states, and state-sponsored nuclear terrorism.” But the document did not provide further detail about these threats.

UK Foreign Secretary Dominic Raab justified the plan to increase the warhead stockpile as “the ultimate insurance policy against the worst threat from hostile states” in an interview with the BBC.

UK Defense Minister Ben Wallace told the BBC on March 21 that the change is a response to what “the Russians and others have been up to in the last few years,” specifically citing Russian investments in ballistic missile defense and new offensive capabilities.

The integrated review also states that the UK will “no longer give public figures for our operational stockpile, deployed warhead or deployed missile numbers” as such “ambiguity complicates the calculations of potential aggressors, reduces the risk of deliberate nuclear use by those seeking a first-strike advantage, and contributes to strategic stability.”

The Johnson government’s decision to increase the warhead stockpile was controversial within the UK.

Keir Starmer, the head of the Labour Party, said the plan “breaks the goal of successive prime ministers and cross-party efforts to reduce our nuclear stockpile. It doesn’t explain, when, why, or for what strategic purpose.”

Russian Foreign Ministry spokeswoman Maria Zakharova said on March 18 that “this move is at odds with London’s many statements about its commitment to obligations to promote nuclear disarmament under the NPT.”

“The British leadership’s decisions underscore the urgent need to directly involve U.S. nuclear allies in the efforts to reduce and limit nuclear weapons, which Russia never ends to point out,” she said.

Asked about the UK decision to grow its nuclear stockpile, German Foreign Minister Heiko Maas told German broadcaster Deutsche Welle, “We don’t want nuclear weapons arsenals to grow. If you don’t want that to happen, you can’t expand them.”

Stéphane Dujarric, spokesman for UN Secretary-General António Guterres, raised similar concerns in a March 17 press briefing. “[W]e do express our concern at the UK’s decision to increase its nuclear weapons arsenal, which is contrary to its obligations under Article VI of the NPT,” he said. “It could have a damaging impact on global stability and efforts to pursue a world free of nuclear weapons.”

But Dujarric walked his remarks back the next day, saying that “we’re not expressing a legal opinion” but rather the view that the UK “announcement is not consistent with the disarmament commitments…all nuclear-weapon states have undertaken.”

A spokesperson for UK Prime Minister Boris Johnson said on March 16 that the NPT “doesn’t require us to reduce the number of warheads. All of our actions are consistent with our nuclear Nonproliferation Treaty obligations.”

“The 260 figure is a ceiling, not a target,” the spokesperson added. “We will continue to keep this under review in the light of the international security environment and make adjustments as appropriate.”

But skeptics warned that London will need to do more to assuage concerns ahead of the NPT review conference, now scheduled to take place in August after being postponed due to the coronavirus pandemic. (See ACT, November 2020.)

“The UK will need to clarify how it plans to contribute to and lead on nuclear disarmament amidst these changes in the stockpile number,” said Heather Williams, a Stanton Nuclear Security Fellow at the Massachusetts Institute of Technology and lecturer at King’s College London.

The change in policy comes as London lobbies Washington to move forward with development of a newly designed, high-yield submarine-launched ballistic missile warhead, the W93.

The current warhead for the UK’s Trident ballistic missiles is believed to be based on the U.S. W76 warhead. Adm. Charles Richard, commander of U.S. Strategic Command, said in February 2020 that the UK has “a parallel replacement warhead program,” although London is responsible for the design and production of its warhead fleet.

The Guardian reported in August that Wallace sent a letter to Congress in April 2020 encouraging funding for the W93. “Congressional funding in [fiscal year 2021] for the W93 program will ensure that we continue to deepen the unique nuclear relationship between our two countries, enabling the United Kingdom to provide safe and assured continuous-at-sea deterrence for decades to come,” he wrote.

Congress in December appropriated the Trump administration’s request of $53 million in fiscal year 2021 to accelerate work on the W93, although not without controversy. (See ACT, January/February 2021.)