“The Arms Control Association and all of the staff I've worked with over the years … have this ability to speak truth to power in a wide variety of venues.”
– Marylia Kelley
Tri-Valley Communities Against a Radioactive Environment
June 2, 2022
Efforts to Restore Iran Deal Remain Stalled

More than two months following the inauguration of President Joe Biden, the United States and Iran remain deadlocked over the process of restoring the 2015 nuclear deal. In recent weeks, however, the Biden administration appears to be signaling that it is willing to take a more flexible approach to coordinate the steps necessary for Washington and Tehran to return to compliance with the accord. 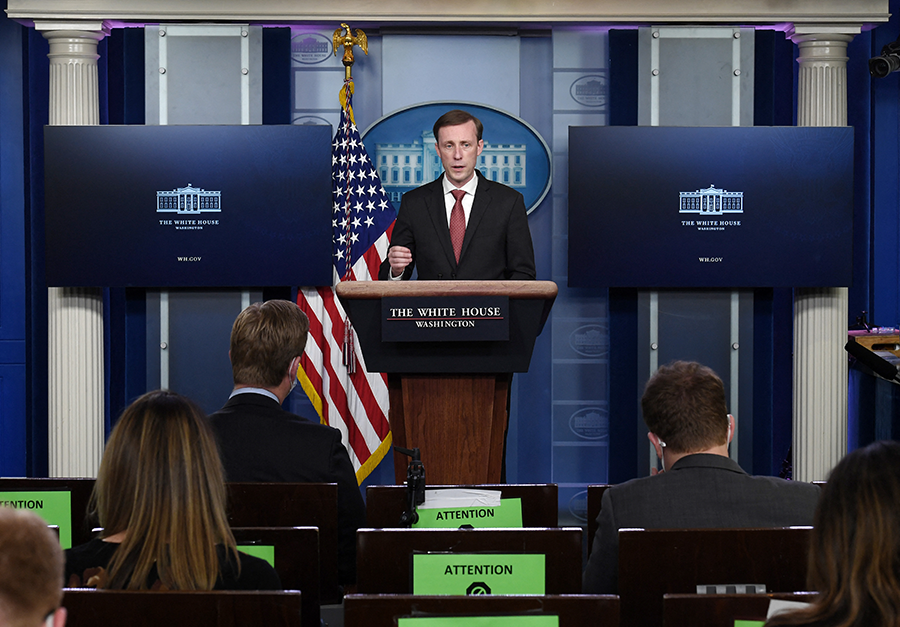 In a March 17 interview with BBC Persian, Robert Malley, the president’s special envoy for Iran, said that the United States is willing to talk in “whatever format the Iranian government is comfortable with.”

Past statements from U.S. officials implied a preference for direct talks with Iran to discuss restoring the 2015 multilateral nuclear deal, known as the Joint Comprehensive Plan of Action (JCPOA). The Biden administration said in February that it would accept an invitation from the European Union to meet with the parties to the JCPOA, but Tehran has not said it would participate in such a meeting and has dismissed the necessity of direct talks.

But Iranian Foreign Minister Javad Zarif did say in a CNN interview Feb. 2 that the EU could play a role in coordinating actions by the United States and Iran.

Zarif made a similar point in a March 17 interview in Politico, saying Iran is “ready to agree to a choreography” but a meeting is unnecessary because there is “nothing to talk about.” Zarif said the United States knows what is required to return to compliance with the deal “unless they are not serious” and intend to use the talks to “extract new concessions” and pursue a “wider agreement.”

The Biden administration has said it plans to pursue diplomacy with Iran on a wider range of issues once the nuclear deal is restored.

But the failure to take early action to return the United States to the JCPOA and urging from certain Democrats in Congress not to lift sanctions until Iran agrees to concessions on areas outside of the nuclear deal, such as ballistic missiles, contribute to the perception in Tehran that the Biden administration is not serious about restoring the JCPOA.

A bipartisan letter signed by 140 members of the U.S. House of Representatives called for addressing Iran’s nuclear program, its ballistic missile activities, and support for terrorism “from the onset.” Rep. Anthony Brown (D-Md.) said that the letter is in line with the Biden administration’s compliance-for-compliance approach to restoring the JCPOA, but his Republican co-lead signatory, Rep. Michael Waltz (R-Fla.), tweeted on March 9 that the letter signatories and the Biden administration are “NOT on the same page.”

Iran is facing its own opposition to restoring the nuclear deal. President Hassan Rouhani lashed out at the “small minority that is obstructing” the path to sanctions relief during a March 17 interview. He said that it is a “great betrayal of the Iranian nation” to delay “the end of sanctions.”

Iranian Supreme Leader Ayatollah Ali Khamenei expressed a similar sentiment in his annual Nowruz message on March 19. Khamenei said that Iran’s position on the nuclear deal has been decided and should not be violated. If the United States lifts sanctions, Iran will meet its commitments, he said.

Khamenei’s comments appear to indicate that Iran’s presidential election will not alter Tehran’s position on restoring full implementation of the JCPOA. The election will be held in June, and the next president will take office in August. Having served two terms, Rouhani is not eligible to run again.

Although Iran and the United States have not met in person to discuss the JCPOA, U.S. National Security Advisor Jake Sullivan said that the Biden administration is still making its position known to Iran through indirect communications.

In a March 12 interview with National Public Radio, Sullivan said that “communications through the Europeans” enable the United States to “explain to the Iranians what our position is with respect to the compliance-for-compliance approach and to hear what their position is.”

Foreign Minister Zarif indicated on March 5 that Iran is also sharing its approach on restoring the JCPOA. He said that Tehran intended to send a “constructive concrete plan of action” through “proper diplomatic channels.”