As the Defense Department continues to develop conventional missiles formerly banned by the 1987 Intermediate-Range Nuclear Forces (INF) Treaty, an internal debate within the department about the rationale for the missiles and uncertainty about where they might be based has spilled out into the open. 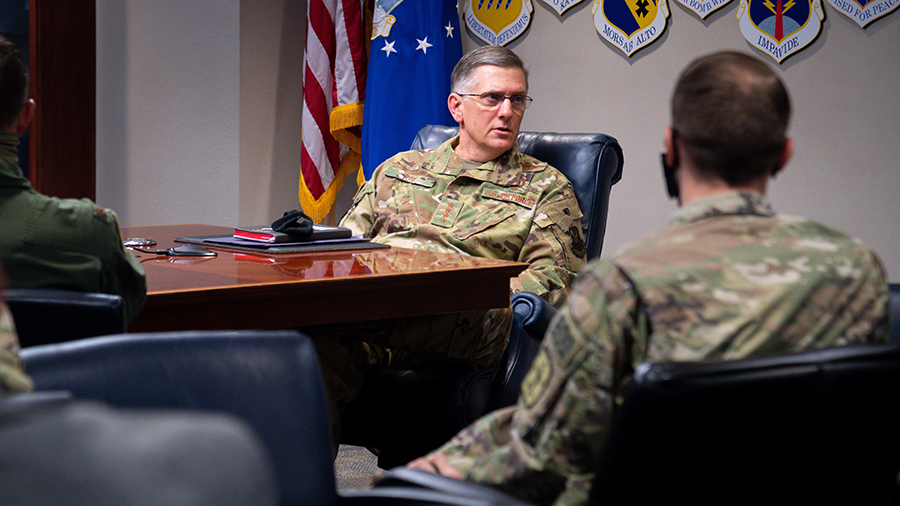 “I genuinely struggle with the credibility” of the Army’s plan to develop the Long-Range Hypersonic Weapon, Air Force Gen. Timothy M. Ray, chief of the Global Strike Command, said April 1 on an Air Force Association podcast. “I just think it’s a stupid idea to go invest that kind of money to re-create something that [the Air Force] has mastered,” he said.

The Army is developing a suite of ground-launched missiles with a range exceeding the 500-kilometer limit prohibited by the INF Treaty, including the Precision Strike Missile, a midrange missile capability, and the Long-Range Hypersonic Weapon. (See ACT, October 2020.) The Long-Range Hypersonic Weapon is slated to have a range of several thousand kilometers, according to Army officials. The projected total cost of the weapon is unknown. Congress provided $861 million for the program in fiscal year 2021.

Several Pentagon officials have made a strong push for the development of longer-range ground-launched missiles to complement the long-range air and sea capabilities already provided by the Air Force and Navy. “A wider base of long-range precision fires…is critically important to stabilize what is becoming a more unstable environment in the western Pacific,” Adm. Philip Davidson, the head of U.S. Indo-Pacific Command, told the Senate Armed Services Committee on March 9. The Army and Marine Corps are enthusiastic “to embrace some of the capabilities that the Navy and Air Force have already developed,” Davidson added.

But Ray’s criticism of the Army’s plans suggests the Pentagon is not unified on the best way forward for the long-range strike mission. “Why would we entertain a brutally expensive idea, when we don’t, as a department, have the money?” he asked in reference to the projected cost of the Army’s long-range missile efforts.

Ray also raised questions about the ability of the Army to find basing options for the weapons. The Army, he said, is trying to “skate right past that brutal reality to check that some of those countries are never going to let you put…stuff like that in their theater…. Just go ask your allies.”

Whether the Pentagon could base the missiles in Europe and East Asia is unclear. Despite their concerns about Russia and China, U.S. allies have not appeared eager to host the missiles. Stacie Pettyjohn, the director of the defense program at the Center for American Security, raised concerns about rushing to develop a military capability without knowing where it might be based. “Building a missile [without] base access is risky [because] its location dictates range requirements,” she said in a March 30 tweet. “Unlike aircraft a missile’s range cannot be extended by in-flight refueling.”

Some Army officials have acknowledged the diplomatic challenge associated with basing. “It may be that none of our allies and partners in the Pacific want long-range fires” on their soil, Col. Jason Charland, a senior Army strategist at the Pentagon, told Breaking Defense on March 26. Meanwhile, Davidson noted that there needs to be “policy interaction” with allies in order to field the missiles on their territory.

Regarding the potential deployment of ground-launched missiles in Europe, Gen. Tod Wolters, the head of the U.S. European Command, told the Senate Armed Services Committee on April 13 that NATO allies are “becoming more comfortable” with that prospect. But he did not provide further information about the status of formal discussions between the United States and NATO on basing.

It remains to be seen how much emphasis the Biden administration will place on continuing to develop longer-range ground-launched missiles. An initial version of the administration’s fiscal year 2022 budget request published on April 9 stated that the intention is to invest “in the development and testing of hypersonic strike capabilities while enhancing existing long-range strike capabilities to bolster deterrence and improve survivability and response timelines.”

Meanwhile, Russia continues to denounce U.S. efforts to develop ground-launched missiles and warned of the potential fallout should the United States move ahead with deployment of the weapons. “We want to point out again that the deployment of American land-based intermediate-range and shorter-range missiles, regardless of what they carry, in various parts of the world, including in the Asia-Pacific Region, would have an immensely destabilizing effect in terms of international and regional security,” Russian Foreign Ministry spokesperson Maria Zakharova said on March 12.

Zakharova also reiterated Moscow’s proposal for a moratorium on the deployment of missiles previously banned under the INF Treaty and some associated mutual verification measures. The Trump administration had dismissed that proposal.