Authored by Alicia Sanders-Zakre on August 5, 2018

These remarks were delivered on August 2 in Hiroshima at the International Conference Against A & H Bombs to an international audience of nuclear disarmament activists and government representatives.

On the 73rd anniversary of the bombing of Hiroshima, the global nuclear disarmament enterprise is in a state of crisis. Nearly 50 years after the adoption of the nuclear Nonproliferation Treaty (NPT), the five states that signed as nuclear weapon states have failed to give up their weapons. Dramatic nuclear reductions have brought global nuclear weapons arsenals down from 60,000 nuclear warheads. But, 15,000 nuclear weapons remain today, enough to destroy the world many times over. 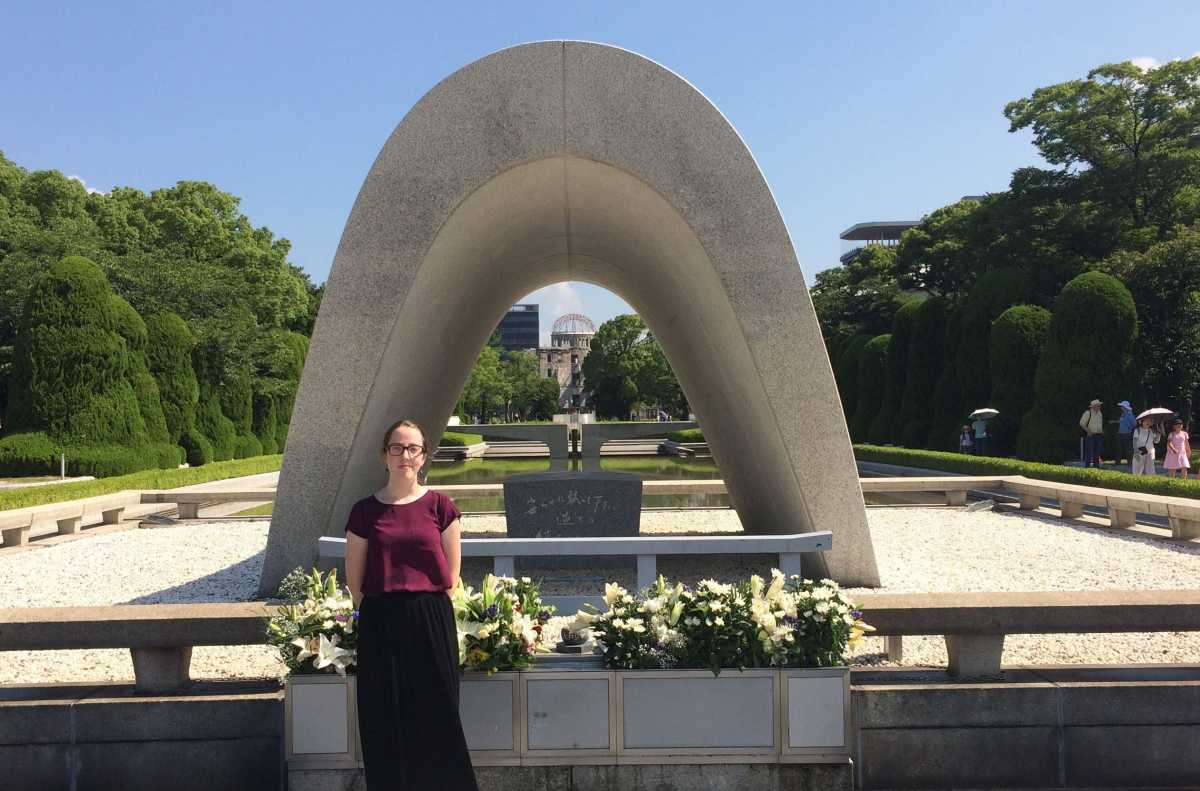 The United States is embarking on a 30-year plan to rebuild its entire nuclear arsenal that will cost upwards of $1.7 trillion when adjusted for inflation. The Trump administration’s 2018 Nuclear Posture Review is a step in the wrong direction. It expands the circumstances under which the United States is permitted to use nuclear weapons. It calls for building “more usable” new types of nuclear weapons, including a submarine-launched ballistic missile warhead option and a submarine-launched cruise missile. What’s almost worse is what the U.S. nuclear policy leaves out. The United States shows little interest in pursuing additional arms control agreements. The U.S. president still has the sole authority to launch nuclear weapons. No country, let alone a strong democracy, should give its leader the uninhibited power to end the world.

The other great nuclear power, Russia, is also moving in the wrong direction. Last March, Russian President Vladimir Putin unveiled several dangerous new types of nuclear weapons, including a nuclear torpedo and a nuclear-powered cruise missile. Russia is believed to be in noncompliance with the Intermediate-Range Nuclear Forces (INF) Treaty by developing and deploying a treaty-prohibited missile.

New countries have developed nuclear weapons since the NPT was adopted. Pakistan and India are expanding their nuclear arsenals, both in size and complexity. Secrecy shrouds Israel’s nuclear arsenal, which both Israel and the United States refuse to admit exists. While diplomatic engagement with North Korea is certainly encouraging, the country still possesses an estimated 10-20 assembled nuclear warheads. It has not yet taken concrete steps to dismantle them or stop their production. The prospects for progress in the negotiations on denuclearization and a peace regime on the Korean peninsula remain uncertain.

Nuclear disarmament is under threat, but there are also new opportunities to take it forward. 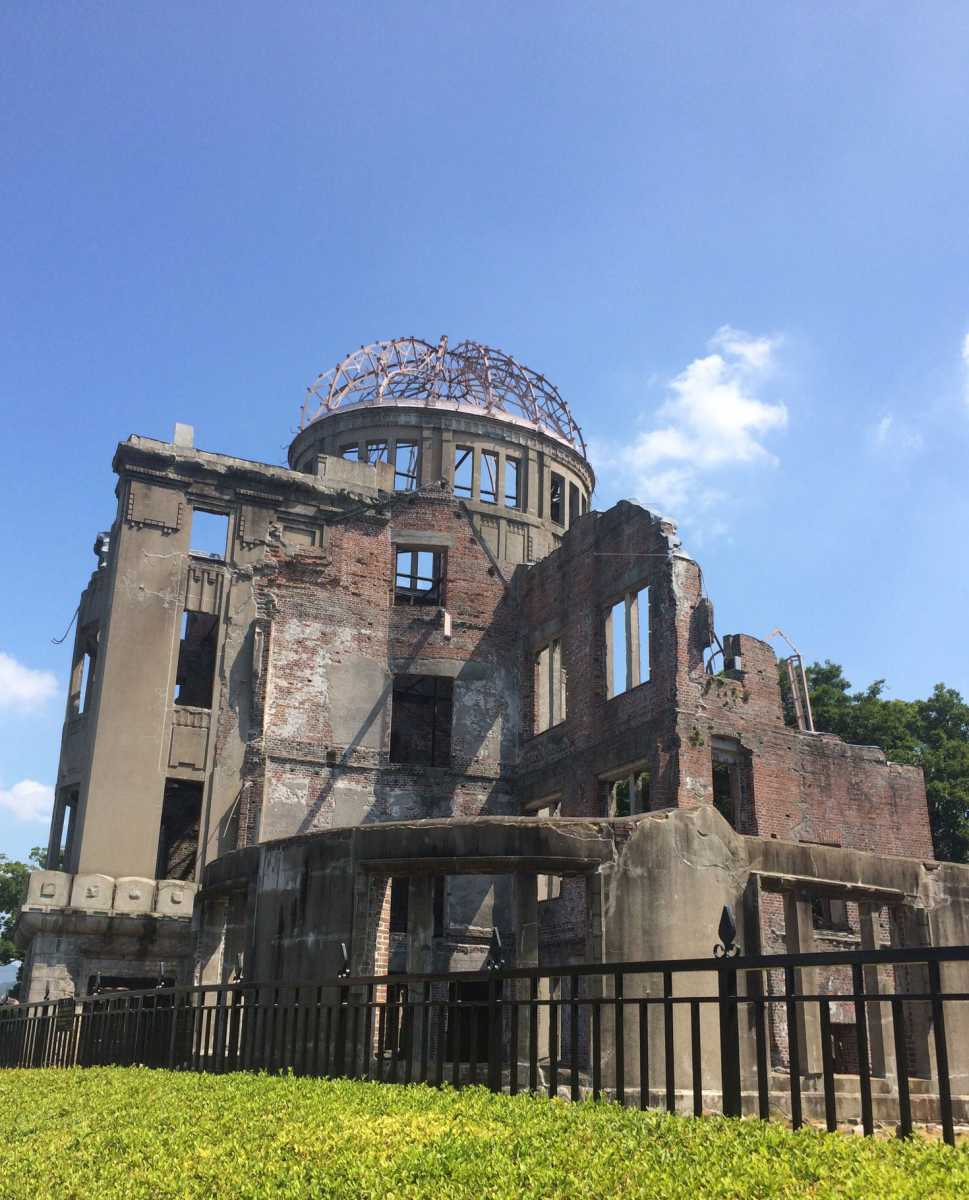 Last year, about a month before the anniversary of the bombing of Hiroshima, 122 countries voted to adopt the first treaty to ban nuclear weapons. Since then, 59 countries have signed the treaty and 13 have ratified it. The treaty is well on its way to gaining the 50 necessary ratifications in order to enter into force. It is a step in the right direction that is compatible with the goals of the NPT. The Treaty on the Prohibition of Nuclear Weapons (TPNW) is a powerful normative assertion that nuclear weapons are not and never will be acceptable instruments of warfare. It is a reaffirmation of the tireless efforts of the hibakusha. It is the legal undertone to their cry of “never again.” The disarmament movement is now undergirded by a new legal framework supported by two-thirds of the world’s nations.

There are fresh initiatives underway to reject the nuclear status quo around the world, from grassroots organizing to the United Nations. Across the United States, cities and states are voting on resolutions calling for restricting the ability of the president to launch nuclear weapons. One such resolution passed in San Francisco, California in March. South Korean President Moon Jae-In is taking bold steps to warm frozen relations with North Korea and to work towards peace and denuclearization of the peninsula. UN Secretary-General Antonio Guterres unveiled a comprehensive 80-page Disarmament Agenda in May. While it remains to be seen how the plan will be implemented, it has demonstrated needed high-level attention to this critical issue.

We can do more. We can encourage the United States and Russia to extend the 2010 New Strategic Arms Reduction Treaty (New START) and renew diplomatic efforts to resolve the compliance dispute over the 1987 INF Treaty. We can advance entry into force of the Comprehensive Test Ban Treaty (CTBT), including signature and ratification by North Korea as part of the denuclearization process, and by others, particularly the United States, China, Israel and Iran. We must encourage all nuclear-armed states to reduce the role and the number of their nuclear weapons and encourage all states, including Japan, to reduce their fissile material holdings. We should underscore the catastrophic humanitarian consequences of nuclear weapons and the importance of reinforcing the norm against their possession and use, including through the TPNW.

Perhaps most importantly, we can strengthen our efforts to engage with the next generation which is committed to making the world a better place. I am inspired by passionate young people advocating for the environment, income equality, racial justice and an end to senseless gun violence. There are not as many young people speaking up about nuclear disarmament, despite the relevance of this issue to younger generations. A nuclear explosion would not discriminate - it would destroy the environment and kill people of all ages.

In the midst of a nuclear disarmament crisis, we have been given a golden opportunity. We have a powerful normative and legal document demanding disarmament. There are a number of steps nuclear arms control and disarmament advocates are pushing forward to move closer to a world without nuclear weapons. We have a fresh generation of dedicated, smart and creative activists. We have new tools, like social media, to share, educate and inspire. Seventy-three years after a nuclear weapon incinerated the city and inhabitants of Hiroshima, the nuclear disarmament movement faces new challenges, but also new opportunities.