Tensions between the United States and Russia took another turn for the worse in March after Russian President Vladimir Putin boasted about his country’s development of several next-generation nuclear weapons systems and Moscow announced that it was postponing scheduled talks with Washington on strategic stability.

The disclosure of the new weapons is prompting fresh concerns about the advent of a new arms race and follows the Trump administration’s recent release of a new defense policy focused on the re-emergence of strategic competition with Russia and China and a new Nuclear Posture Review report, which calls for expanded U.S. nuclear capabilities. (See ACT, March 2018.) 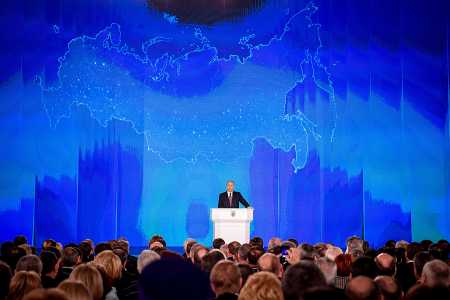 Whether Russia actually deploys all of the weapons touted by Putin remains to be seen, as many of them are still early in development. Putin also may have been blustering about Russian military capability as a way to build nationalist enthusiasm for his presidential re-election campaign amid a stagnant national economy and the absence of any major challenger.

Following his election to a fourth six-year term March 18, Putin declared that he planned to focus on domestic matters and reduce spending on defense. “Nobody plans to accelerate an arms race,” said Putin.

Meanwhile, U.S. President Donald Trump told reporters at the White House, following a March 20 phone call with Putin, that “we'll probably be meeting in the not too distant future to discuss the arms race, which is getting out of control.”

Trump added a caveat: “But we will never allow anybody to have anything even close to what we have.” Factually, however, the United States and Russia have similar numbers of deployed strategic nuclear forces under a limit set by the 2010 New Strategic Arms Reduction Treaty (New START).

In his March 1 presidential address to the Russian Federal Assembly, Putin outlined the developmental status of several nuclear weapons systems.

These included the Sarmat intercontinental ballistic missile, which is designed to carry multiple warheads; an intercontinental undersea drone; and a nuclear-powered, long-range cruise missile that Putin said “is invincible against all existing and prospective missile defense and counter-air defense systems.”

Putin also outlined Russia’s development of two hypersonic weapons, specifically the Kinzhal air-launched cruise missile and the Avangard glide vehicle. Hypersonic missiles can travel at approximately 5,000 to 25,000 kilometers per hour, or 1 to 5 miles per second. They can change their trajectories during flight and fly at odd altitudes. (See ACT, January/February 2018.)

Putin’s presentation contained animated videos, including one that pitted Russia against the United States. The video of the Sarmat showed the missile releasing nine warheads at what appeared to be the southern half of Florida.

It is unclear if formal development programs exist for all the systems mentioned by Putin and, if so, how close the weapons are to being fielded. Putin said that Russia has begun production of the Avangard, is “in the active phase of testing” the Sarmat, and successfully tested the nuclear-powered cruise missile in late 2017.

Putin described the rationale for the weapons largely in terms of the U.S. withdrawal from the 1972 Anti-Ballistic Missile Treaty in 2002 and concern about U.S. missile defense systems.

Existing long-range U.S. missile defenses are limited in scope and scale and would not be effective against Russia’s large and sophisticated arsenal of nuclear missiles. Russia, however, has expressed concern that the combination of U.S. nuclear forces and advancing missile defense and conventional strike capabilities could enable Washington to threaten Moscow's secure second-strike nuclear capability. 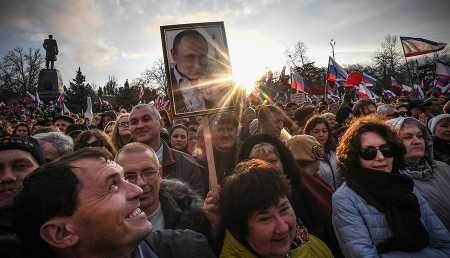 Secretary Jim Mattis played down Putin’s show. Mattis told reporters on March 10 that Putin’s nuclear weapons statements were “disappointing” and “unsurprising” but the systems he highlighted would “not change at all the strategic balance.”

Former Defense Secretary William Perry similarly said in a March 9 essay in Politico that the new Russian weapons “don’t change the basic deterrent or military capability of Russia.” But he warned that “Putin seems to be welcoming a new nuclear arms race and challenging the U.S. to join in.”

Key pillars of the U.S.-Russian nuclear arms control architecture, like the bilateral relationship more broadly, are under siege. Although some meaningful arms control cooperation continues, such as adherence to New START and implementation of the 2015 Iran nuclear deal, there is no ongoing dialogue on further nuclear risk-reduction steps.

Since 2014, the United States has accused Russia of testing and deploying ground-launched cruise missiles in violation of the 1987 Intermediate-Range Nuclear Forces (INF) Treaty. Moscow denies it is violating the agreement and instead has accused Washington of breaching the accord.

The Trump administration’s Nuclear Posture Review report does not offer any proposals to advance U.S.-Russian arms control or address the growing challenges to strategic stability more broadly. It also does not commit to an extension of New START, which is slated to expire in 2021. (See ACT, January/February 2017.)

That treaty provides for discussion on emerging strategic offensive arms and possible limitation of them. The United States could put these systems on the table at the next meeting of the treaty's Bilateral Consultative Commission, the treaty’s implementation body, scheduled for this spring.

Putin has failed to outline how Russia believes that Moscow and Washington, along with the world’s other nuclear-armed states, can reduce nuclear competition. In 2013, Russian leaders rejected a U.S. proposal for talks on a further one-third cut in deployed strategic nuclear arsenals below the New START limits.

In a March 1 interview with NBC’s Megyn Kelly, Putin said Russia is willing to have a dialogue with the United States about extending New START. But he added that given Russia’s acquisition of “weapons that can easily breach all anti-ballistic missile systems, we no longer consider the reduction of ballistic missiles and warheads to be highly critical.”

The United States and Russia held a first round of strategic stability talks last September in Helsinki. The specific agenda was not disclosed. (See ACT, October 2017.) A second round of talks was slated to take place on March 7-8 in Vienna, but Russia announced that it would not participate in the talks, citing the U.S. cancellation of bilateral consultations on cybersecurity that had been scheduled to take place in late February in Geneva.

It is not clear when the two sides will resume the strategic stability talks.

Despite significant disagreements with Russia, the senators said “the United States should urgently engage with Russia to avoid miscalculation and reduce the likelihood of conflict.”