– Vincent Intondi
Professor of History, Montgomery College
July 1, 2020
The Treaty on the Prohibition of Nuclear Weapons At A Glance

The Treaty on the Prohibition of Nuclear Weapons (TPNW), negotiated by more than 130 states, is a good faith effort to meet their responsibility as signatories of the nuclear Nonproliferation Treaty (NPT) to pursue effective measures on disarmament. The prohibition treaty further reinforces the commitments of these states against the use, threat of use, development, production, manufacture, acquisition, possession, stockpiling, transfer, stationing, or installation of nuclear weapons. It reinforces states' commitments to the NPT and the Comprehensive Test Ban Treaty (CTBT). Although the prohibition treaty by itself will not eliminate any nuclear weapons, the treaty can help to further delegitimize nuclear weapons and strengthen the legal and political norm against their use.

The treaty has a 24-paragraph preamble acknowledging the catastrophic humanitarian consequences of nuclear weapons use and the value of existing international disarmament agreements including the NPT, the CTBT, and nuclear-weapon-free-zone agreements, as well as the “right” of states-parties to peaceful uses of nuclear energy.

States-parties are prohibited to use, threaten to use, develop, produce, manufacture, acquire, possess, stockpile, transfer, station, or install nuclear weapons or assist with any prohibited activities.

Non-nuclear-weapon states are required to have, at a minimum, a comprehensive safeguards agreement with the International Atomic Energy Agency (IAEA) “without prejudice” to any future additional agreements.

The treaty does not specify which “competent international authority” would be suited to verify irreversible disarmament of a nuclear-armed state that decides to join the treaty, but the treaty allows for an appropriate authority to be designated at a later date. The treaty requires any current or former nuclear-weapon state that seeks to join the prohibition treaty to conclude a safeguards agreement with the IAEA to verify that nuclear materials are not diverted from peaceful to weapons purposes.

The treaty obligates states-parties to provide victim assistance and environmental remediation to those affected by nuclear weapon use and testing.

Meetings of states-parties, signature, ratification and entry into force (Articles 8, 13, 14, and 15)

Biennial meetings of states-parties will address implementation and other measures. Review conferences will be held every six years. The treaty, opened for signature on September 20, 2017, entered into force 90 days after the 50th state ratified it (on Jan. 22, 2021).

The initiative to negotiate a "legally binding instrument" to prohibit nuclear weapons is the result of a years-long process that grew out of a renewed recognition of the catastrophic humanitarian consequences of nuclear weapons use, the rising risk of accidental or intentional nuclear use, and a growing sense of frustration that key nuclear disarmament commitments made by the nuclear-weapon states were not being fulfilled.

The 2010 NPT Review Conference unanimously "expresse[d] its deep concern at the continued risk for humanity represented by the possibility that these weapons could be used and the catastrophic humanitarian consequences that would result from the use of nuclear weapons."

These concerns motivated a group of states—including Norway, Mexico, and Austria—to organize a series of three conferences in 2013 and 2014 on the humanitarian consequences of nuclear weapon use.

Following the conclusion of the 2015 NPT Review Conference, these and other states agreed to set up an open-ended working group in 2016 on advancing multilateral disarmament negotiations. The working group led to the formulation of a resolution in the UN General Assembly to start negotiations in 2017 on a treaty prohibiting nuclear weapons. The resolution passed the UN General Assembly First Committee by a vote of 123-38 with 16 abstentions in October 2016 and was subsequently adopted by the General Assembly as a whole. 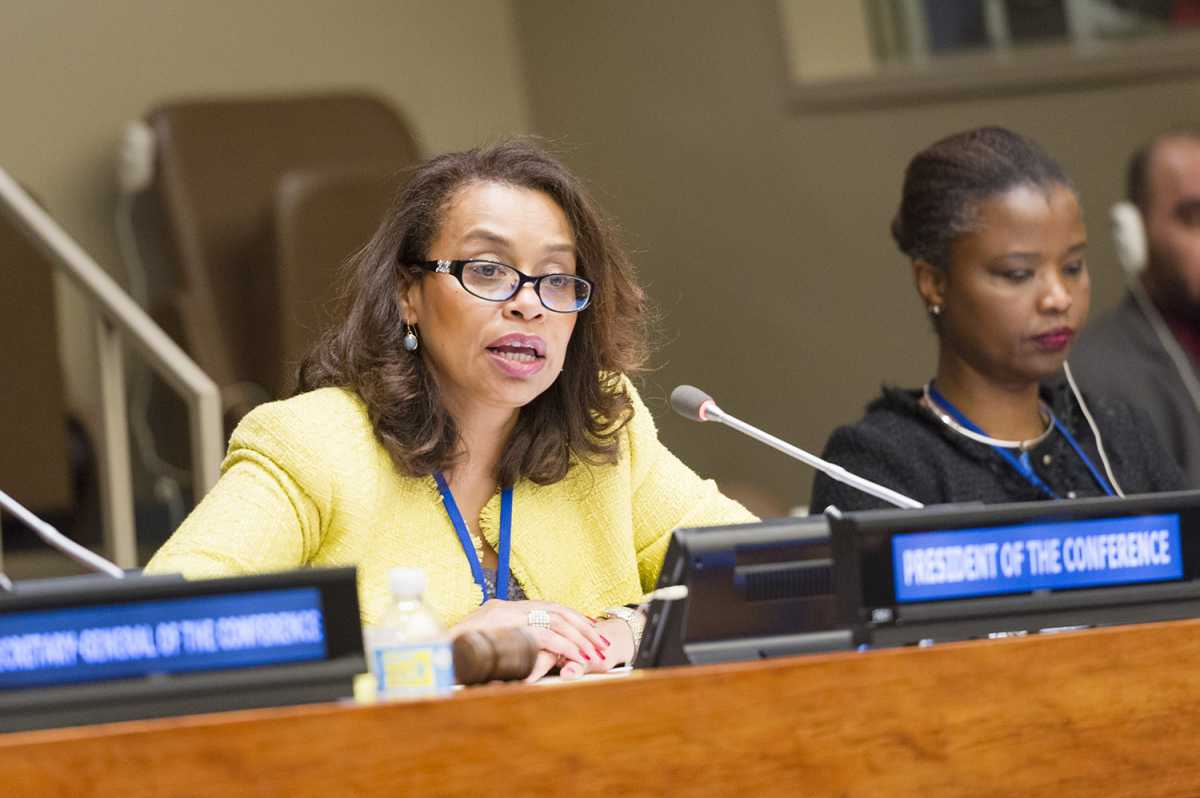 The first negotiating session was held at the UN in New York on March 27-31, 2017, with some 130 governments, and dozens of civil society organizations, participating. The president of the negotiations, Ambassador Elayne Whyte Gomez, compiled states' expressed opinions from the first round of negotiations into a draft convention on the prohibition of nuclear weapons issued on May 22 in Geneva. The second and final round of negotiations took place on June 15-July 7 in New York, with participants adopting the Treaty on the Prohibition of Nuclear Weapons by a vote of 122-1-1. The Netherlands voted against adoption, and Singapore abstained.

Reactions from the Nuclear-Armed States

Nuclear-weapon states and many NATO members have opposed the initiative from the beginning. Although the United States and the United Kingdom participated in the 2014 Conference on the Humanitarian Impacts of Nuclear Weapons in Vienna, leaders from Washington and the other nuclear-weapon states boycotted the working group sessions and the 2017 treaty negotiations.

These states contend that the treaty will distract attention from other disarmament and nonproliferation initiatives. They have expressed concern that the nuclear prohibition treaty could undermine the NPT and the extensive safeguard provisions included therein by giving states the option to "forum shop," or choose between the two treaties. Such arguments have been rejected by TPNW states parties, all of whom are also members of the NPT.

Arguments for the Treaty from Proponent States

Supporters of the nuclear prohibition treaty argue that it will close a "legal gap" that exists regarding nuclear weapons, which are not expressly outlawed by the NPT even though their use would be contrary to the rules of international law applicable in armed conflict. They argue that the prohibition treaty initiative reinforces the NPT and its Article VI requirement for nuclear disarmament and that it can reduce the salience of nuclear weapons and help prompt more urgent action to reduce nuclear risk and promote disarmament.

The joint Vienna Declaration issued at the First Meeting of States Parties June 21-23, 2022 and their 50-point action plan indicate the TPNW states parties' commitment to the treaty's goals and their plan to implement its provisions.

2010
May 3-28: The final document of the 2010 Review Conference for the nuclear Nonproliferation Treaty (NPT) acknowledges the humanitarian consequences of nuclear weapons use.

2013
March 4-5: The first conference on the humanitarian impact of nuclear weapons use takes place in Oslo, Norway.

2020
October 23-24: Jamaica, Nauru, and Honduras become the 48th, 49th, and 50th states to deliver their ratification documents, which triggers the treaty's entry into force 90 days later.

June 20: Fourth Conference on the Humanitarian Impacts of Nuclear Weapons is held in Vienna, Austria

See here for a full list of signatories and states-parties.