Updated June 13 to clarify Article 4 provisions for nuclear-weapon states that will have disarmed before the treaty’s entry into force for those states.

The first draft of a landmark treaty to prohibit nuclear weapons, released May 22, set the stage for pivotal efforts to conclude a treaty document by the July 7 deadline established by the UN General Assembly.

The draft by Elayne Whyte Gómez, Costa Rica’s ambassador to the UN in Geneva and president of the negotiating conference on the ban treaty, reflects the areas of broad agreement during the first round of negotiations in March at the United Nations in New York. It leaves out several controversial proposals that states will likely debate when talks resume June 15. 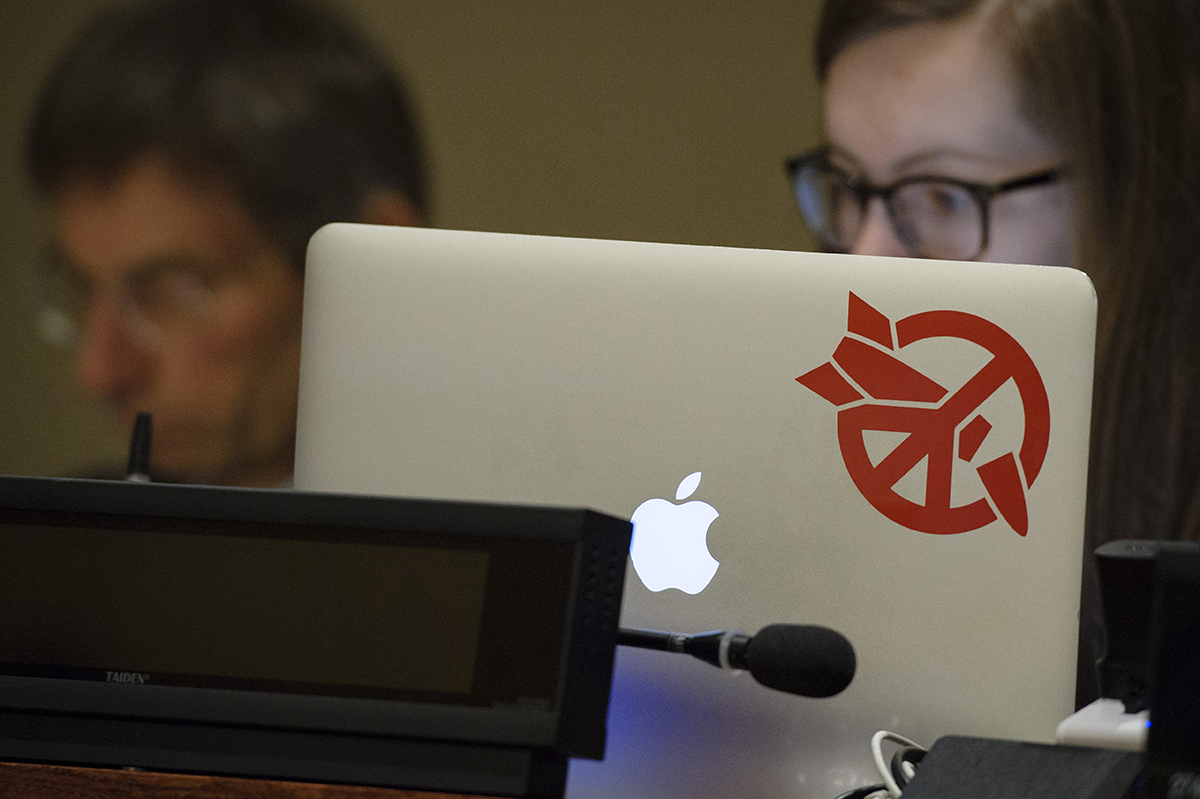 The envisioned treaty reflects an historic effort to shift international norms against the acquisition, possession, and potential use of nuclear weapons. The international effort is pressed by non-nuclear-weapons states and rejected by nuclear-armed countries that see the ban as impractical and potentially destabilizing if it undermines nuclear deterrence.

The initiative is driven by growing recognition of the catastrophic humanitarian consequences of nuclear weapons, the rising risk of accidental or intentional nuclear use, and the frustration of many non-nuclear-weapon states at the slow pace of nuclear disarmament. The pace of disarmament was a critical point of contention at the May 2-12 meeting of preparatory committee for the 2020 nuclear Nonproliferation Treaty (NPT) review conference, where many states alleged that nuclear-weapons states have failed to fulfill their NPT Article VI obligation to pursue negotiations in good faith towards complete disarmament.

Following the recommendation of the last of three open-ended working groups on disarmament, the UN General Assembly First Committee on disarmament voted in October 2016 to begin negotiations on a treaty prohibiting nuclear weapons (see ACT, November 2016). During the last week of March, about 130 non-nuclear-weapon states engaged in the first round of negotiations (see ACT, May 2017).

In March, states agreed on many of the prohibitions in the draft, including on the acquisition, possession, stockpiling, use and transfer of nuclear weapons, as well as on assistance with any prohibited activities. The prohibition on testing was the most controversial element included in the draft text, in part because of debate over whether it might inadvertently undermine the existing Comprehensive Test Ban Treaty (CTBT). Other contested prohibitions—on the threat of use of nuclear weapons, as well as on transit and financing—were left out pending further negotiations.

The text does not call for states-parties to adopt the stricter verification requirements embodied in the Inter-national Atomic Energy Agency (IAEA) Additional Protocol which some states, such as Sweden and Switzerland, advocated for in March.

The draft treaty outlines verification provisions for states that will have disarmed before the treaty’s entry into force for those states.

Verification of disarmament by any former nuclear-weapons state that does so before the treaty’s entry into force for it will be determined by an agreement between the state and the IAEA. This clause only pertains to states that possessed nuclear weapons after 2001, thereby exempting several post-Soviet states, including Ukraine, Belarus and Kazakhstan, which dismantled their arsenals before that date.

Ban treaty advocates hailed the draft as a clear and strong basis for a nuclear-weapons prohibition but treaty skeptics raised questions about the text’s uncertain relationship to existing nonproliferation treaties. In an effort to dispel concerns that the new treaty will contradict the NPT, the draft text declares that the ban treaty will not influence the “rights and obligations” of states under the NPT.

However, some experts claim the NPT allows for temporary and limited nuclear possession, and thus a treaty prohibiting nuclear weapons would inherently infringe upon the NPT rights of nuclear-weapons states. Ban advocates counter that the NPT does not allow for the indefinite possession of nuclear weapons and therefore the two treaties are compatible.

Some are concerned that the prohibition of testing of nuclear weapons in the draft text does not include a reference to the CTBT’s International Monitoring System (IMS), a global network of sensors which detect nuclear explosions. Duplicating language from the CTBT, which bans nuclear testing, without referencing the IMS could undermine that treaty, they argue.

Concerns and criticisms will be aired when negotiators take up the draft text in the second round of negotiations. According to a timetable circulated in late March, the first two days will be dedicated to a general discussion of the draft. During the following week, states will examine the text thematically, with separate negotiating sessions devoted to the preamble, positive obligations, core prohibitions, implementation and institutional arrangements and universality and final provisions. Additional time is reserved for consultations. On June 23, states will determine the organization of the remainder of the negotiations.

The United States, along with most NATO allies, and other nuclear-weapons states are expected to continue to boycott the proceedings.

“Almost all the nuclear armed states put pressure on smaller countries to not participate, to not attend, and there will be even more pressure when the time for signing the treaty comes,” said Beatrice Fihn, executive director of the International Campaign to Abolish Nuclear Weapons, in a May 16 interview with Arms Control Today. “I think that is going to continue. It’s not going to get easier for us. But I don’t think it’s going to get easier for them to ignore the treaty either. It’s moving forward whether or not they like it.”

Draft Convention on the Prohibition of Nuclear Weapons: Key Elements

The preamble references the humanitarian consequences of nuclear weapons use, the suffering of victims of nuclear use and testing, international and humanitarian law, the UN Charter, the nuclear Nonproliferation Treaty (NPT), and the Comprehensive Test Ban Treaty.

Article 1 prohibits acquisition, possession, stockpiling, use, transfer, testing, stationing, installment, and deployment of nuclear weapons and assistance with prohibited activities. The draft text does not include prohibitions on threat of use, transit, and financing of nuclear weapons, but states will debate whether to include them during the final round of negotiations.

Article 3 and the annex state that safeguards should be the same as required in connection with the NPT. States are not required to ratify an additional protocol to their safeguards agreement.

Article 4 pertains to states-parties that had nuclear weapons after 2001 but will have eliminated them before the prohibition treaty enters into force for those states. These states must conclude an agreement with the International Atomic Energy Agency to verify the elimination of their arsenals. This clause does not cover Belarus, Kazakhstan, and Ukraine, the former Soviet states that eliminated their arsenals before 2001.

Article 5 suggests that other effective measures relating to nuclear disarm­ament that are not covered by Article 4 be considered in future meetings of states-parties or review conferences.

The first meeting of states-parties will take place within one year of entry into force and biennially thereafter.

The ban treaty will enter into force 90 days after ratification by the 40th state.

No reservations to articles are allowed.

The treaty is of “unlimited duration,” but withdrawal is permitted and would take effect three months after the notice is received.

Article 19 states that the prohibition treaty does not impact the “rights and obligations” of states-parties to the NPT.

Nonpaper: Accession of Nuclear-Weapon States to the Treaty

The nonpaper submitted by Ambassador Elayne Whyte Gómez, who authored the draft treaty, presents a model for nuclear-weapon states to accede to the treaty: disarm first and then sign the treaty, referenced during the first round of negotiations as “South Africa-plus” because it is modeled after South Africa’s accession to the NPT.