A December conference on the humanitarian impact of nuclear weapons use attracted more participants and included a broader focus than the previous two meetings on the issue, with many delegates emphasizing “that humanitarian considerations should no longer be ignored but be at the core of all nuclear disarmament deliberations,” according to the chair’s summary of the meeting. 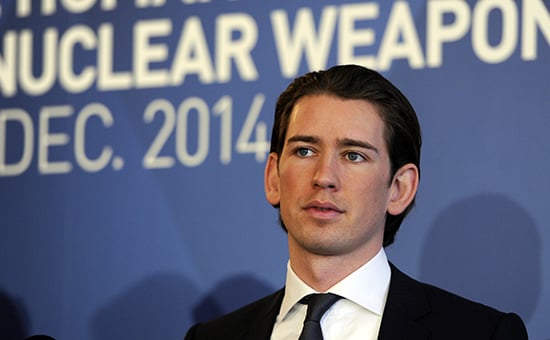 The Dec. 8-9 meeting at the Hofburg Palace in Vienna drew delegations representing 158 states, the United Nations, and academia.­­­

For the first time in the series of conferences on nuclear weapons use, the list of participants included countries recognized as nuclear-weapon states by the nuclear Nonproliferation Treaty (NPT)—the United Kingdom and the United States. In addition, an unofficial representative from China attended the meeting. Two other nuclear-armed states, India and Pakistan, took part in the previous two meetings and also were present in Vienna.

The meeting included presentations from experts on the factors that could lead to the deliberate or inadvertent use of nuclear weapons and the relevance of international environmental and health law to nuclear weapons use.

“The scope, scale and interrelationship of the humanitarian consequences caused by nuclear weapon detonation are catastrophic and more complex than commonly understood,” concluded Alexander Kmentt, conference chair and director of disarmament, arms control, and nonproliferation in the Austrian Federal Ministry for European and International Affairs, in his summary delivered at the end of the conference.

The Vienna conference was the third meeting in the past two years focused on the medical and societal impact of nuclear weapons use. The first meeting took place in March 2013 in Oslo and brought together representatives from 127 governments. Delegations from 146 governments attended the second conference, held in Nayarit, Mexico, in February 2014. (See ACT, November 2014.)

The Catholic Church used the occasion of the December conference to revise its long-standing position on nuclear deterrence, stating that “reliance on a strategy of nuclear deterrence has created a less secure world” (see box).

The Vienna conference and the two that preceded it reflect the growing impatience of many non-nuclear-weapon states with what they characterize as the slow pace of progress toward nuclear disarmament.

But unlike the conference summary statement delivered by host Mexico at Nayarit, the Austrian chair’s statement did not call for the initiation of a diplomatic process to ban nuclear weapons. Instead, Kmentt noted that state delegations “expressed various views regarding the ways and means of advancing the nuclear disarmament agenda.”

In a separate statement, Austria called on all NPT members “to identify and pursue effective measures to fill the legal gap for the prohibition and elimination of nuclear weapons” and promised “to cooperate with all stakeholders to achieve this goal.” Unlike the treaties prohibiting even the possession of chemical and biological weapons, there is no such legal ban on nuclear weapons.

The U.S. statement, delivered by Adam Scheinman, President Barack Obama’s special representative for nuclear nonproliferation, alluded to “the growing political will to pursue a practical disarmament agenda,” but advised that there must be “a practical way to do it.”

In remarks delivered at the Brookings Institution on Dec. 18, Rose Gottemoeller, undersecretary of state for arms control and international security, said that “[w]hile we acknowledge the views of those who call for the negotiation of a nuclear weapons ban treaty, the United States cannot and will not support efforts of this sort.”

Many non-nuclear-weapon states that are close allies of the United States expressed similar sentiments at the Vienna conference. “Prospects for disarmament are enhanced by engaging, not alienating, those states that will need to take the action to disarm,” Australia said in its statement.

In a Dec. 22 e-mail, Kmentt told Arms Control Today that the Vienna meeting “established the humanitarian focus” as the “mainstream” view and the context in which “the vast majority of states wish to discuss the nuclear weapons issue.” If nuclear weapons are used, “no capacity exists to deal adequately with the consequences,” he said. “These arguments and findings make the insistence on nuclear weapons as a necessary security tool for possessor States untenable.”

Kmentt added that this majority of states will expect the upcoming NPT review conference, to be held in New York later this year, “to give clear answers to address” the findings and conclusions of the Vienna conference “and point a credible way towards the implementation” of Article VI of the NPT. That article commits the nuclear-weapon states to “pursue negotiations in good faith on effective measures relating to cessation of the nuclear arms race” and “to nuclear disarmament.”

In a Dec. 23 interview, Gaukhar Mukhatzhanova, director of the International Organizations and Nonproliferation Program at the James Martin Center for Nonproliferation Studies, said that the conversation on the humanitarian aspect promises to be “a central theme” of the review conference. She said she expected that many countries would make a strong push to ensure that the findings and conclusions of the Vienna meeting are reflected in the review conference’s final document, if there is one.

It is unclear whether there will be a fourth conference on the humanitarian impact of nuclear weapons and, if so, what the final result of the process will be. In his Dec. 22 e-mail, Kmentt said that no country had offered to host another meeting.

The focus for NPT states is “to achieve progress within the NPT framework” and “see what happens at the Review Conference,” he said. That is certainly Austria’s objective for the conference, he said.