– Vincent Intondi
Author, "African Americans Against the Bomb: Nuclear Weapons, Colonialism, and the Black Freedom Movement"
July 1, 2020
If a Nuclear War Must Never Be Fought, Then What?

After more than a decade of rising tensions and growing nuclear competition between the two largest nuclear-weapon states, U.S. President Joe Biden and Russian President Vladimir Putin agreed at their June 16 summit to engage in a robust “strategic stability” dialogue to “lay the groundwork for future arms control and risk reduction measures.” 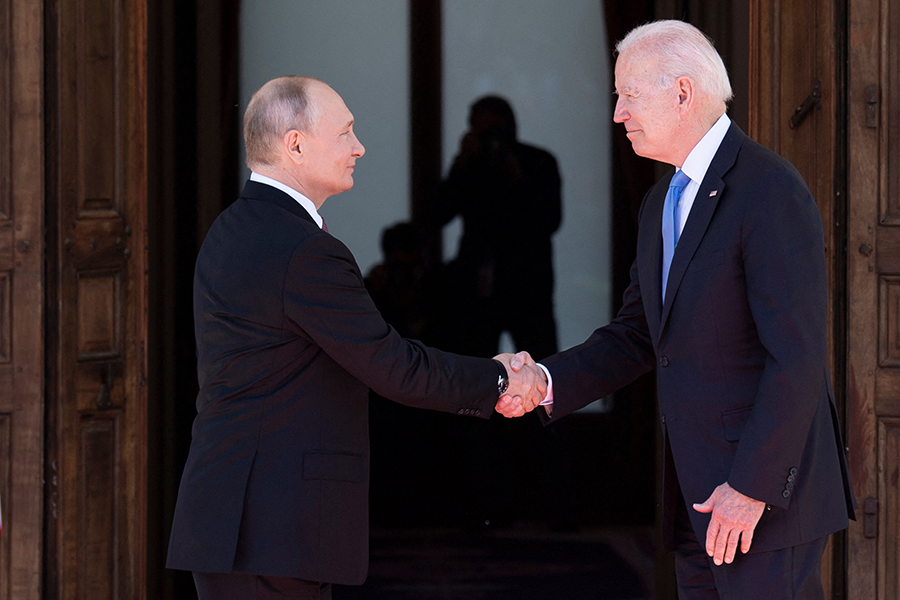 Just as importantly, the two men also reaffirmed the commonsense principle, agreed on by U.S. President Ronald Reagan and Soviet leader Mikhail Gorbachev in 1985, that “a nuclear war cannot be won and must never be fought.”

The summit communiqué, albeit modest and overdue, is a vital recognition that the status quo is dangerous and unsustainable. It is a chance for a course correction that moves the world further from the brink of nuclear catastrophe.

Now, each side must walk the talk. The first step is promptly beginning a robust, bilateral, results-oriented nuclear risk reduction and disarmament dialogue. With the New Strategic Arms Reduction Treaty, the last remaining bilateral nuclear arms control agreement, expiring in 2026, there is little time to negotiate new arrangements necessary to further reduce the bloated U.S. and Russian strategic and nonstrategic nuclear stockpiles.

Second, if the two presidents are serious about nuclear wars being unwinnable, they need to formally declare that the sole purpose of nuclear weapons is to deter or respond only to a nuclear attack, not non-nuclear threats. Once a nuclear weapon is used first by design, accident, or inadvertence, there is no guarantee that all-out nuclear war can be averted. Given the catastrophic effects of even limited nuclear use, neither side would be the winner.

Unfortunately, current Russian and U.S. nuclear use doctrines suggest that each side believes regional nuclear wars can be fought and won because such wars somehow can be kept limited.

In its 2020 iteration of policy, Russia “reserves the right to use nuclear weapons…in response to the use of nuclear and other types of weapons of mass destruction against it and/or its allies, as well as in the event of aggression against the Russian Federation with the use of conventional weapons when the very existence of the state is in jeopardy.” Whether Russia might contemplate an even lower threshold for use in a regional conflict has been the subject of much debate.

In 2018, the Trump administration’s Nuclear Posture Review (NPR) expanded the “extreme circumstances” under which the United States would contemplate first use of nuclear weapons to include “significant non-nuclear strategic attacks” against “U.S., allied or partner civilian population or infrastructure, and attacks on U.S. or allied nuclear forces, their command and control, or warning and attack assessment capabilities.” The document
says “significant non-nuclear strategic attacks” could include chemical and biological attacks, large-scale conventional aggression, and cyberattacks.

These U.S. and Russian nuclear use policies are far too permissive and risky and must change. In a March 2020 Foreign Affairs essay, Biden said, “I believe that the sole purpose of the U.S. nuclear arsenal should be deterring—and, if necessary, retaliating against—a nuclear attack.” As president, Biden must put those words into practice.

Third, if a nuclear war cannot be won and should never be fought, the United States and Russia should not be expanding their capabilities to fight and prevail in such a war.

Russia has an obscene arsenal of some 1,500–2,000, lower-yield tactical nuclear weapons, and the United States believes this arsenal is poised to grow in the years ahead. The Trump administration meanwhile proposed to double the types of lower-yield nuclear options in the U.S. arsenal.

Even though Biden, as a presidential candidate, said “[t]he United States does not need new nuclear weapons,” his fiscal year 2022 budget proposes funding for a new nuclear-armed, sea-launched cruise missile,
one of the two new low-yield options pursued by Trump to provide additional strike options in a regional war.

Another way in which the “nuclear war cannot be won” statement can serve as a steppingstone to global risk reduction would be for all five permanent members of the UN Security Council (P5) to support that principle. At a P5 meeting last year, China proposed a joint statement along these lines, but the United States vetoed the idea. Shortly before the Biden-Putin summit, Chinese Foreign Minister Wang Yi revived the proposal.

When the Security Council’s permanent members meet in France later this year on nuclear matters, it should endorse the Biden-Putin statement to signal a shared interest in avoiding nuclear war and agree to launch an expanded set of talks on nuclear risk reduction and arms control. In addition, Washington and Beijing could launch their own bilateral strategic stability dialogue to explore practical ideas for heading off destabilizing nuclear competition.

Luckily, nuclear weapons have not been used in combat since the attacks on Hiroshima and Nagasaki. But someday, our collective luck is certain to run out, with catastrophic consequences, unless the leaders of the world’s nuclear-armed states act now to forestall a new nuclear arms race and rediscover the path to a world free of nuclear weapons.