France intends to use its tenure as coordinator of a consultative process on nuclear weapons issues involving senior officials from five nuclear-armed states—China, France, Russia, the United Kingdom, and the United States—to advance progress on the group’s workplan, which was last updated in 2019. 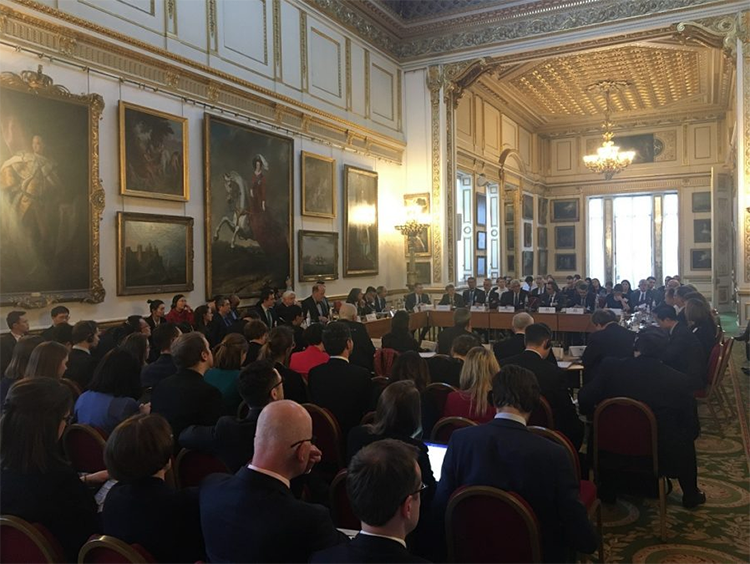 In a Feb. 23 interview with Arms Control Today, a French official said that Paris hopes to build on past achievements and produce deliverables for each of the group’s five action items. The official indicated that France intends to convene a formal meeting of the group in the coming months and is eager to drive the group’s continued implementation of its workplan and contribute to a successful and substantive nuclear Nonproliferation Treaty (NPT) review conference, which is expected later this year.

The P5 process, as it is commonly known, was first established in 2007. Its current agenda involves discussions on a glossary of terms, to ensure common understanding; nuclear doctrines and strategic risk reduction; a prospective fissile material cutoff treaty; peaceful nuclear uses; and the signing of the annexed protocol to the 1997 Bangkok Treaty, which establishes a nuclear weapons-free zone in Southeast Asia.

The upcoming, rescheduled 10th NPT review conference offers an important opportunity for the P5 process to converge positions of the five countries, but France also intends to focus the agenda as coordinator of the group on achievements that can be sustained well beyond the NPT meeting. For instance, work within the P5 process to increase transparency about one another’s nuclear doctrines can contribute to long-term risk reduction that will significantly support the group’s future work.

The P5 process coordinator position rotates on a yearly basis, and the state occupying that seat is charged with organizing a formal conference and coordinating other agenda items during that period. Although collaborative multilateral work has ultimately decelerated as a result of the ongoing COVID-19 pandemic, France plans to soon initiate a series of P5 process meetings at the Geneva-based ambassadorial level and the
expert level.

Some observers note that the group’s work has slowed in recent years due in part to tensions among key members of the group, as well as a hesitancy by the previous U.S. administration to commit fully to the agenda of the P5 process. In 2020, the United States balked on a proposal for a joint declaration that “a nuclear war can never be won and must never be fought.”

The inauguration of U.S. President Joe Biden and a Feb. 22 speech by Secretary of State Antony Blinken professing support for a multilateral agenda at the Conference on Disarmament suggest that Washington will engage more fully with the group’s work in the coming months.—JULIA MASTERSON