Russia publicly expanded on the circumstances under which it might employ nuclear weapons in a policy document on nuclear deterrence signed by President Vladimir Putin on June 2. 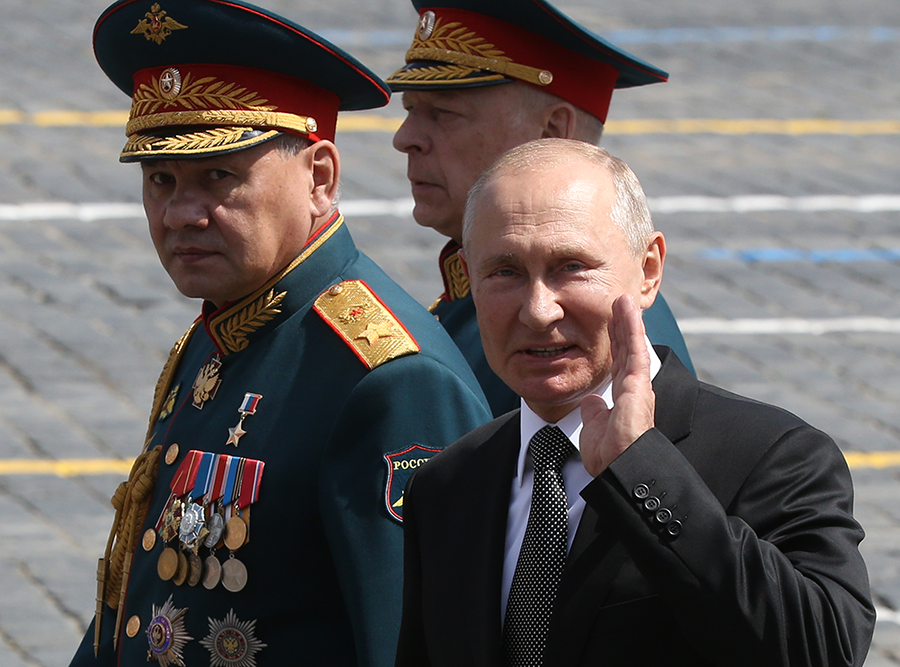 The 2020 document, called “Basic Principles of State Policy of the Russian Federation on Nuclear Deterrence,” marks the first time Russia has consolidated and publicly released its nuclear deterrence policy, which previously was classified.

The document presents four scenarios that might warrant nuclear use, two of which did not appear in the 2014, 2010, and 2000 versions of Russia’s military doctrine. (See ACT, March 2010; January/February 2000.)

As stated in the two most recent versions of the military doctrine, two of the scenarios in which Russia “reserves the right to use nuclear weapons” include when Moscow is acting “in response to the use of nuclear and other types of weapons of mass destruction against it and/or its allies, as well as in the event of aggression against the Russian Federation with the use of conventional weapons when the very existence of the state is in jeopardy.” The 2000 military doctrine differed slightly in its description of the latter scenario, as it instead allowed nuclear use in response to conventional attacks in “situations critical to the national security of the Russian Federation.”

The two additional scenarios contained in the 2020 document include an “arrival [of] reliable data on a launch of ballistic missiles attacking the territory of the Russian Federation and/or its allies” or an “attack by [an] adversary against critical governmental or military sites of the Russian Federation, disruption of which would undermine nuclear forces response actions.”

The two new scenarios had not yet been included in formal policy, but other documents or statements by government officials, including Putin, have hinted at their inclusion, said Olga Oliker, program director for Europe and Central Asia at International Crisis Group, in a June 4 analysis.

Divided into four sections, the document leads with how Russia defines its state policy on nuclear deterrence, which it calls “defensive by nature.” The goal of deterrence is “to prevent aggression against the Russian Federation and/or its allies.”

The document does not explicitly name Russia’s allies and adversaries, but the second section does broadly define adversaries, stating that Russia implements its deterrence “with regard to individual states and military coalitions (blocs, alliances) that consider the Russian Federation as a potential adversary and that possess nuclear weapons and/or other types of weapons of mass destruction, or significant combat potential of general purpose forces.” This definition would include the United States and alliances such as NATO.

The second section of the document further defines Russia’s definition of nuclear deterrence as signaling to adversaries “the inevitability of retaliation in the event of aggression against the Russian Federation and/or its allies.” It also describes military risks presented by adversaries that deterrence is designed to “neutralize,” such as the deployments of medium- and shorter-range cruise and ballistic missiles, hypersonic weapons, and missile defense systems. The document does not say how Russia would move to neutralize any of these risks should they elevate to “threats of aggression.”

This section additionally details what Moscow views as “the principles of nuclear deterrence,” to include compliance with arms control agreements, unpredictability for an adversary as to Russian employment of its means of deterrence, and readiness of its forces for use.

The third section covers the four scenarios in which Russia might use nuclear weapons.

The fourth and final section notes the roles of the government and related agencies, including the Security Council and Defense Ministry, in implementing Russia’s nuclear deterrence policy. The document maintains that the Russian president makes the decision to use nuclear weapons.

The document does not explicitly address Russia’s purported willingness to use or threaten to use its much larger arsenal of tactical nuclear weapons to stave off defeat in a conventional conflict or crisis initiated by Russia, a strategy known as “escalate to deescalate.” (See ACT, March 2018.) But, as Oliker points out, “hard[-]core believers” in this strategy may point to the document’s statement that Moscow’s nuclear deterrence policy “provides for the prevention of an escalation of military actions and their termination on conditions that are acceptable for the Russian Federation and/or its allies.”

Oliker instead suggests an interpretation that Russia will not use nuclear weapons “for simple battlefield advantage.” But if Russia decides to use nuclear weapons, it “will do so intending to prevent further escalation and end the conflict as favorably (or acceptably) as possible for itself.”

Nikolai Sokov, a senior fellow at the James Martin Center for Nonproliferation Studies and former Russian Foreign Ministry official, said in a June 3 analysis of the deterrence policy that the document has a deescalation strategy but emphasizes deterrence and views deescalation more as a means of preventing rather than waging war.

Following the publication of the signed document, Kremlin spokesman Dmitry Peskov told reporters on June 3 that “Russia can never and will never initiate” the use of nuclear weapons.

Marshall Billingslea, U.S. special envoy for arms control, responded to Peskov on June 11, tweeting, “Where is this reflected in the new doctrine?”