“Over the past 50 years, ACA has contributed to bridging diversity, equity, inclusion and that's by ensuring that women of color are elevated in this space.”
– Shalonda Spencer
Women of Color Advancing Peace, Security, and Conflict Transformation
June 2, 2022
Back From the Brink? Next Steps for Biden and Putin

After more than a decade of rising tensions and growing nuclear competition between the two major nuclear-weapon states, U.S. President Joe Biden has signaled he will confront Russia when necessary. But, he also stressed, “where it is in the interest of the United States to work with Russia, we should, and we will”—specifically on reducing the risk of nuclear conflict. 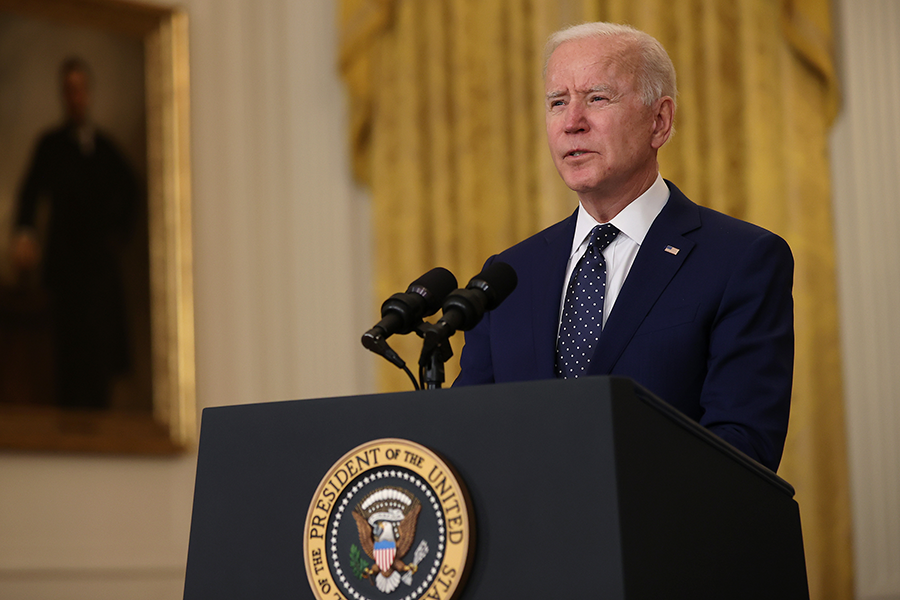 In remarks April 15, Biden said his proposed summit meeting with Russian President Vladimir Putin could be a launching point for talks on strategic stability and nuclear arms control. Serious, sustained disarmament diplomacy is overdue and essential, but achieving new agreements will be challenging.

Since Russia’s invasion of Ukraine’s Crimean region in 2014, long-simmering U.S.-Russian tensions have risen to a boil. Disarmament discussions have been pushed to the back burner. Instead, treaty compliance disputes have dominated bilateral engagements. Meanwhile, each side is rushing to replace and upgrade its bloated nuclear arsenal. China and the United Kingdom, among other nuclear-armed states, are also increasing their nuclear capabilities.

As Melissa Dalton, acting assistant defense secretary for strategy, plans, and capabilities, recently told a House committee, “The range of Chinese and Russian nuclear modernization makes the task of making progress on further arms control all the more necessary.”

Early this year, Biden and Putin wisely agreed to extend the New Strategic Arms Reduction Treaty (New START) for five years. As a new bicameral congressional working group on nuclear arms control noted in its April 20 letter to the president, “Although New START is necessary, it is not by itself sufficient to tackle the threat that nuclear weapons present.”

The two sides can and must move quickly to find effective new solutions before New START expires in 2026. To make progress, they will need to tackle four difficult but resolvable issues.

Reducing strategic arsenals further. A key objective of the next round of talks should be deeper, verifiable reductions in the total number of deployed strategic nuclear warheads and delivery systems. In 2013 the Obama administration, with input from the Joint Chiefs of Staff, determined that the United States and Russia could further reduce their strategic nuclear forces by up to one-third below New START levels, to approximately 1,000 warheads, and still meet core nuclear deterrence goals. These limits will need to factor in new systems being developed by both sides, including hypersonic weapons.

Limiting strategic interceptors. U.S. efforts to further limit Russian nuclear weapons and bring China into the arms control process are unlikely to gain traction unless Washington agrees to seriously discuss constraints on its long-range missile defense capabilities. Fielding sufficient numbers of U.S. missile interceptors to mitigate the threat of a limited ballistic attack from North Korea or Iran and agreeing to binding limits on the quantity, location, and capability of missile defense systems should not be mutually exclusive.

Averting a race on intermediate-range missiles. In the absence of the Intermediate-Range Nuclear Forces (INF) Treaty, the risk of a new missile race is Europe will grow. Biden, in coordination with NATO, should counter Russia’s 2020 proposal for a verifiable moratorium on the deployment in Europe of missiles formerly banned by the INF Treaty. Although imperfect, the Russian proposal is a starting point. Another option would be to verifiably ban nuclear-armed ground-launched and sea-launched cruise and ballistic missiles.

To broaden the disarmament effort, Biden and Putin could call on China, France, and the UK to report on their total nuclear weapons holdings and freeze their nuclear stockpiles as long as the United States and Russia pursue deeper verifiable reductions in their far larger arsenals.

New crises, such as the Kremlin’s mistreatment of Russian political dissidents or further Russian meddling in Ukraine, could make U.S.-Russian nuclear cooperation even more difficult. Still, as Biden notes, “[t]hroughout our long history of competition, our two countries have been able to find ways to manage tensions and to keep them from escalating out of control.”

It is by no means certain that the two sides will continue to have enough good luck, responsible leadership, and managerial competence to avoid catastrophe. Once a nuclear weapon is used by accident or miscalculation or in response to nonnuclear aggression, there is no guarantee that all-out nuclear war can be averted. Sustaining progress on disarmament is not a choice but a necessity for human survival.