ACA members, Board leaders, and staff--present and past--mourn the death of Stan Resor, on Tuesday the 17th at his home in Washington, D.C. He will be missed.

Stan was a man of integrity who contributed a great deal to his country and was a leader and a loyal friend for many of us, including those on the Board and staff of ACA, for many years. He joined the Board in 1983 and served as its chairman from 1992-2000.

The article below was original posted on April 20, 2012 at The New York Times. 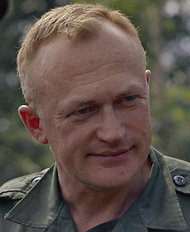 Stanley R. Resor, who as secretary of the Army from 1965 to 1971 oversaw the troop buildup in Vietnam, investigated the massacre of civilians by American soldiers at My Lai and laid the groundwork for the all-volunteer Army, died on Tuesday at his home in Washington. He was 94.

The cause was renal failure, his son Edmund said.

The number of Army troops in Vietnam increased from 961,000 in January 1966 to a peak of 1.5 million in 1968 under his aegis. Mr. Resor then supervised the Army’s training of South Vietnamese forces to take over the fighting, a process called Vietnamization.

Although known for his quiet, meticulous approach as a top lawyer in a prestigious New York law firm, Mr. Resor could speak his mind. When he resigned in May 1971 after serving six years under Presidents Lyndon B. Johnson and Richard M. Nixon, he said the Vietnam War could prove to be “unwise” if it resulted in a new American isolationism.

He went on to serve as an ambassador in charge of negotiating troop reductions in Europe from 1973 to 1978, and as the third-ranking official in the Defense Department from 1978 to 1979. He also became an outspoken advocate of nuclear arms cuts. As chairman of the Arms Control Association in 1997, he rounded up 50 arms control experts to write a letter to President Bill Clinton protesting the expansion of NATO as needlessly provocative to Russia.

As Army secretary, Mr. Resor introduced women into the service’s top ranks when he appointed Col. Elizabeth P. Hoisington and Col. Anna Mae Hays as generals in 1970. The next year, in answer to complaints that black soldiers in Germany were being discriminated against by landlords of off-base housing, he set up a housing referral office to combat the problem.

Mr. Resor also helped plan for replacing draftees during the Vietnam War with an all-volunteer Army, although he worried about whether that was fair and whether it would lead the United States into more wars. The all-volunteer force began in 1973.

After American troops killed between 347 and 504 unarmed civilians in Vietnam on March 16, 1968, in what came to be known as the My Lai massacre, Mr. Resor, a combat veteran of World War II, ordered an investigation. Gen. William Peers returned with 20,000 pages of testimony and recommendations that dozens of men be prosecuted.

Mr. Resor ended up not prosecuting top officers, including Gen. William C. Westmoreland, the Vietnam commander. But he demoted Maj. Gen. Samuel W. Koster, commander of the units involved in the killings.

He resisted the urging of some in the Nixon administration that Lt. William Calley, a platoon leader, not be tried. Of 26 originally charged in the massacre, Lieutenant Calley was the only person convicted, but after years of legal proceedings and protests that Lieutenant Calley had been made a scapegoat, Mr. Resor’s successor, Howard H. Callaway, pardoned him in 1974.

The divisiveness of the Vietnam War also led to a two-year program under Mr. Resor in which antiwar politicians and activists were spied upon. Army spokesmen at first denied that the program existed, but Mr. Resor later released a letter acknowledging it.

Mr. Resor was the son of Stanley Burnet Resor, who built the J. Walter Thompson Company into a giant of the advertising industry. He was given his father’s name when he was born in Manhattan on Dec. 5, 1917, but in his teens he changed his middle name to Rogers to escape his father’s large shadow. “One of the few vain things I ever saw my father do,” his own son said.

Mr. Resor went to the Groton School in Massachusetts and did both his undergraduate and law studies at Yale, where he became close friends with Cyrus R. Vance, who would become secretary of state. During World War II he served in the Army, fighting in the Battle of the Bulge and receiving the Bronze and Silver Stars and a Purple Heart.

He joined the law firm of what today is Debevoise & Plimpton. Although Mr. Resor was a moderate Republican, President Johnson, a Democrat, appointed him Army secretary. President Nixon, a Republican, reappointed him.

In 1978, President Jimmy Carter appointed Mr. Resor under secretary of defense for policy. He resigned in frustration less than a year later; news reports said he had been “frozen out” by bureaucrats protecting their turf.

Become a Scoville Fellow with the Arms Control Association