Inside the Arms Control Association
September 2021

As the Pentagon begins a major assessment of U.S. nuclear weapons policies and capabilities, known as the  Nuclear Posture Review, the Arms Control Association and more than two dozen other nuclear experts and disarmament organizations are calling on President Biden “to effect significant and long-overdue changes in U.S. nuclear policy that would dramatically reduce the existential threat posed by nuclear weapons to our nation and the world.”

In a detailed September 15 letter organized by the Arms Control Association and sent to the White House last week, more than two dozen leaders from the U.S. nuclear weapons risk reduction and nuclear disarmament community representing millions of Americans urged Biden to “to engage in the NPR process actively and personally” and “insist that the NPR process produce real and diverse options consistent with your oft-repeated goal to reduce the role of nuclear weapons in U.S. policy and 'bring us closer to a world without nuclear weapons.'"

As Kingston Reif reports in Arms Control Today, Biden criticized his predecessor’s nuclear weapons policies during the presidential campaign. His Interim National Security Strategic Guidance, released by the White House in March, states that the administration would seek to “re-establish [its] credibility as a leader in arms control” and “take steps to reduce the role of nuclear weapons in [U.S.] national security strategy.”

But it remains to be seen whether Biden will order any adjustments to the dangerous Cold War-era nuclear policies and costly nuclear weapons modernization programs he inherited.

In the coming weeks, you can count on us to be persistent and principled in our advocacy for saner nuclear policies.  We’ll keep you posted on our efforts and how you can weigh in. 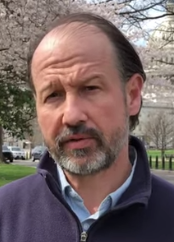 Twenty-five years ago today, the Comprehensive Nuclear Test Ban Treaty (CTBT) was opened for signature at the United Nations.

Former U.S. Secretary of State Madeleine K. Albright said, “This was a treaty sought by ordinary people everywhere, and today the power of that universal wish could not be denied.''

Since the founding of the Arms Control Association,  a global halt to nuclear weapons testing through the CTBT has been one of our core policy objectives.

Today, the CTBT has achieved its core goal: it has effectively brought an end to militarily significant nuclear weapon test explosions. Even those nuclear-armed states that have not signed or not ratified the CTBT  observe nuclear testing moratoria.

But as we warned in a call to action this week, “We cannot afford to take the non-testing norm for granted. To keep a de facto global nuclear test moratorium intact and make headway toward the formal entry into force of the treaty, friends of the CTBT will need to do more than make speeches.”

Key leaders, including President Joe Biden, have a chance to rejuvenate their governments’ efforts beginning with a special UN Security Council session Monday, Sept. 27 that has been convened by Ireland to focus attention on the CTBT.

For more information on the history of efforts to end nuclear testing see our annotated timeline. For more on the future of the test ban regime, read  the cover story in the current issue of Arms Control Today, titled “The CTBT at 25 and Beyond.”

The forthcoming (October) issue of Arms Control Today will include an in-depth interview with the new head of the Comprehensive Test Ban Treaty Organization, Dr. Robert Floyd.

And for more on how the road toward the end of nuclear testing traveled through Kazakhstan, see our Sept. 9 webinar,  “Kazakhstan: How Events 30 Years Ago Spurred Action to Halt Nuclear Testing Worldwide.

The world’s major military powers are spending billions of dollars on military applications of hypersonic weapons systems, offensive cyber weapons, autonomous weapons, and other new and emerging technologies. Currently, the speed of development of these technologies is outpacing careful assessment of their risks and consequences, especially how they may increase the risk of military conflict and nuclear miscalculation.

In response, ACA has launched a new project as part of a consortium convened by the European Leadership Network with support from Germany’s Federal Foreign Office to evaluate and develop practical policy options that governments might pursue to begin to responsibly regulate the weaponization of potentially disruptive emerging military technologies and their use in warfare.

Over the course of the two-year project, which builds on a series of recent articles authored by Michael Klare in Arms Control Today, ACA will host five workshops, each on hypersonic weapons, offensive cyber operations, counterspace weapons, artificial intelligence, and drones and lethal autonomous weapons. 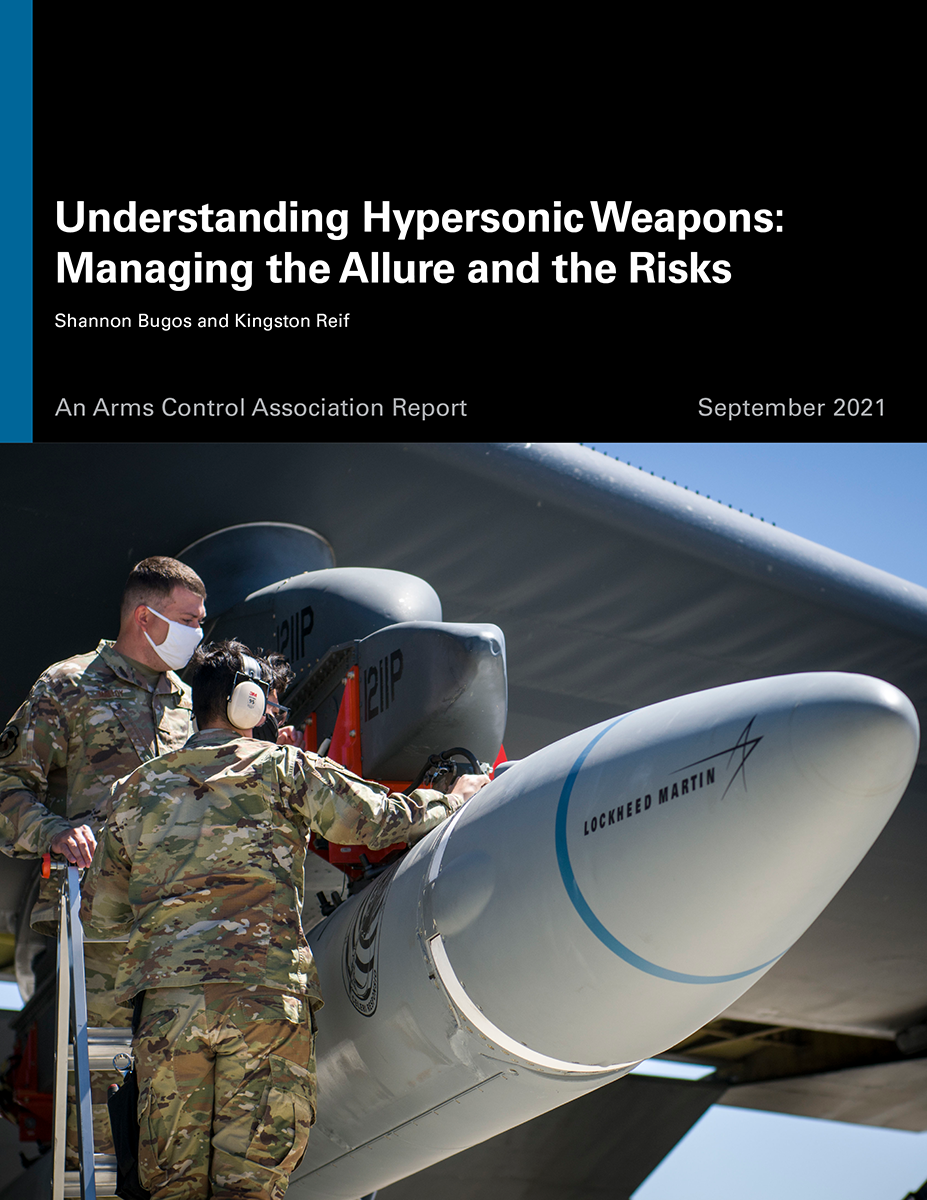 Late next year, ACA will produce a final report summarizing the effects of these technologies and detailing a range of possible policy options that mitigate the risks that the technologies pose.

This month we’re also weighing in on hypersonic weapons. With the United States, Russia, China, and others accelerating the development of hypersonic weapons, we published a new research report “Understanding Hypersonic Weapons: Managing the Allure and the Risks” written by Kingston Reif and Shannon Bugos that addresses key questions and outlines how arms control tools can be employed to reduce these risks.

The Role of Congress in the North Korean Nuclear Puzzle 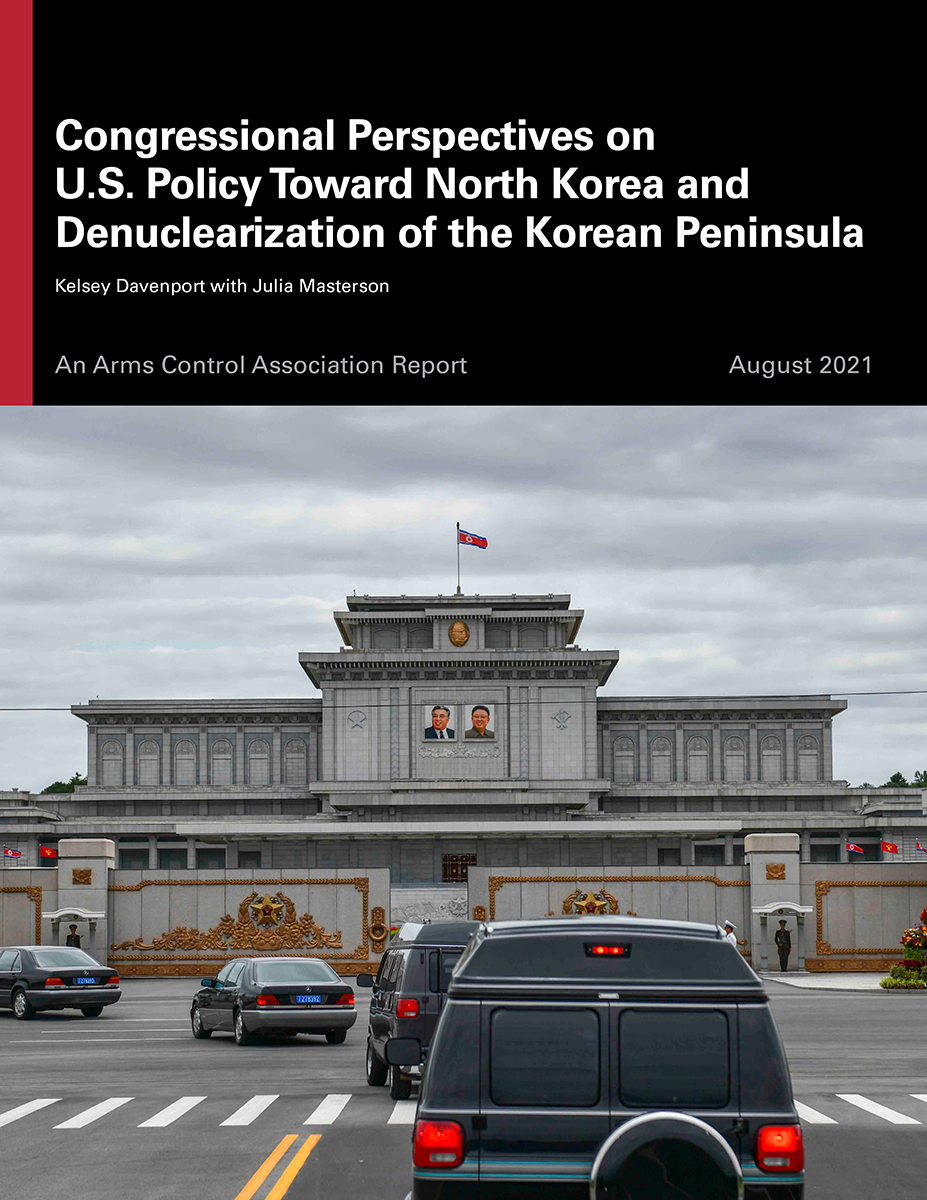 North Korea’s nuclear and missile programs, and tensions on the Korean peninsula, continue to pose one of the world’s most vexing security challenges.

As we continue to call for Washington and Pyongyang to adjust their positions in ways that could break the diplomatic impasse and lead to progress on peace and denuclearization, we know that understanding and informing U.S. congressional views is of vital importance. Using survey data and in-depth interviews, ACA published a report titled ”Congressional Perspectives on U.S. Policy Toward North Korea and Denuclearization of the Korean Peninsula.”  The report authored  by nonproliferation policy director Kelsey Davenport and research associate Julia Masterson provides insights into how Congress views the North Korean nuclear threat and U.S. approaches to engaging with Pyongyang.

As part of our effort to cultivate the next generation of arms controllers, this fall ACA is pleased to be hosting two part-time paid interns. 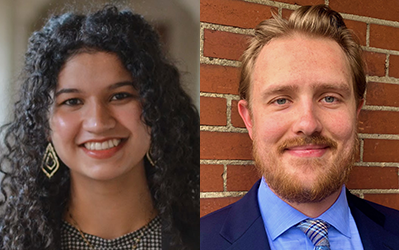 ACA’s new Nuclear Policy Intern Mary Ann Hurtado is a Venezuelan-American rising senior at The University of Texas at Austin,  a Brumley NextGen Undergraduate Scholar at the Robert Strauss Center for International Security and Law, and an Undergraduate Fellow at the Clements Center for National Security. The Forum on the Arms Trade Intern Billy Ostermeyer is a graduate student at the Harvard Kennedy School and a U.S. Army veteran, where he served as a Field Artillery officer.

The application deadline for our spring internships is December 10, 2021. For further details, see https://www.armscontrol.org/internships.

Did You Know? ACA’s Investment Strategy Is Weapons-Free

A decade ago, our friend and colleague, Jonathan Tucker, one of the world’s leading chemical and biological weapons experts, passed away. We later learned that Jonathan made a significant bequest to the Arms Control Association. Our Board of Directors decided to use that gift to establish an endowment to help provide for the future needs of the organization and to guard against financial uncertainty.

We also decided to ensure that our investments, which are managed by the Jason Chamberlain Group with Morgan Stanley, should be made in a manner consistent with our organization’s mission and principles.

Among other criteria, our Investment Policy emphasizes a preference for investment managers that apply a Socially Responsible Investing (SRI) or Environmental, Social and Governance (ESG) screening process that seeks to maximize both financial return and social good.

If you would like more information about planning a bequest or other planned giving opportunities that will ensure the Arms Control Association’s work for generations to come, please contact chief operating officer Kathy Crandall Robinson at (202) 463-8270.

As a small organization with an impact that is disproportionate to our size, our work depends on your support.

You can now join for as little as $5/month as a Digital Sustainer (or $10/month to receive the monthly print edition of Arms Control Today by mail).