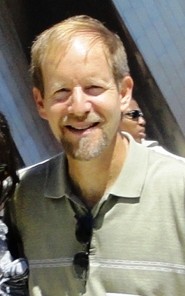 For those who met or worked with him, Jonathan stood out as someone who was always willing to help, was thoughtful and never rash, and was possessed with a quiet determination to find answers to the deeper questions and come up with practical answers to international security challenges.

Jonathan joined the ACA Board of Directors in 2003 and provided thoughtful advice to the organization on many occasions. Readers of Arms Control Today will know him from his frequent contributions on biological and chemical weapons issues through the years. Most recently he helped with our interview of a senior U.S. official on the upcoming Biological Weapons Convention (BWC) Review Conference and his January/February article provides a cogent analysis of the challenges facing the BWC.

For ACA’s staff and fellow Board Members, as well as many others in the field, Jonathan was the “go to guy” on all things having to do with biosecurity, biological and chemical weapons, and more.

Jonathan not only knew his stuff, but he was a gifted analyst, speaker and writer. He had that rare ability to understand complex issues and still be able to translate them in a way that policymakers and the public could understand.

On one memorable occasion, Jonathan helped ACA explain the case for continuing inspections in Iraq rather than launching an invasion to halt Saddam Hussein’s suspected WMD programs. His analysis then, as on other occasions, was carefully formulated but clear and easily understood. At that October 7, 2002 briefing Jonathan astutely said:

“In conclusion, a realistic goal of the UN inspection regime is not to eliminate every last weapon, which is probably impossible, but to deny Iraq a militarily significant mass-destruction capability. I believe that goal is probably achievable if UNMOVIC is given full access to relevant facilities throughout Iraq, supplied with accurate and timely intelligence, and supported by a united Security Council.”

Jonathan was an expert’s expert. He held a biology degree from Yale and a Ph.D. from MIT in political science. His career included a number of government positions, including at the U.S. State Department, in the Office of Technology Assessment, and in the U.S. Arms Control and Disarmament Agency. He was a member of the U.S. delegation to the preparatory commission for the Chemical Weapons Convention and served as a biological weapons inspector for the United Nations in Iraq in 1995.

Jonathan later worked at the James Martin Center for Nonproliferation Studies, the U.S. Institute for Peace, and in 2008 served on the professional staff of the Commission on the Prevention of Weapons of Mass Destruction Proliferation and Terrorism. In 2011 he joined the Federation of American Scientists to lead their Biosecurity Education Project.

Jonathan was a prolific writer, producing many highly regarded books, including Scourge: The Once and Future Threat of Smallpox (Grove/Atlantic, 2001), Biosecurity: Limiting Terrorist Access to Deadly Pathogens (U.S. Institute of Peace, 2003), War of Nerves: Chemical Warfare from World War I to Al-Qaeda (Pantheon, 2006), and edited volumes including Germany in Transition: A Unified Nation's Search for Identity (Westview Press, 1999), and Toxic Terror: Assessing Terrorist Use of Chemical and Biological Weapons (MIT Press, 2000)

We will always remember Jonathan as an extremely dedicated, talented, and warm human being. We will miss his spirit and wise counsel. –DARYL G. KIMBALL and TOM Z. COLLINA

Stanley R. Resor, Former ACA Chairman of the Board, Dies at 94