Since the Arms Control Association was founded in 1971, we have taken on some consequential issues. Despite being a small organization, we have been able to punch above our weight class and make a difference by catalyzing action, informing better policy decisions, and holding decision-makers accountable to reduce the dangers posed by the world’s most dangerous weapons. 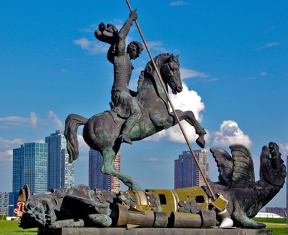 Now, we are in a battle with the powerful "ICBM Lobby" over the size and the scope of the proposed $1.7 trillion U.S. nuclear weapons modernization program.

Bill Hartung writes in an article in the forthcoming issue of Arms Control Today about the 11 biggest ICBM contractors, with 380 lobbyists total, that spend more than $50 million each year on lobbying.

ACA, on the other hand, has 3 paid staff experts working this issue and our entire organization runs on a tiny fraction of the budget at the disposal of the "ICBM Lobby."

It is not a fair fight, but we’ve succeeded in making this a serious matter of national debate.

And with your help and support—and with the help of enough members of Congress—we may be able to eke out some wins.

Our comprehensive, pragmatic plan, outlined in our First 100 Days Nuclear Challenges report, would save at least $1 billion this year and hundreds of billions of dollars in the years to come.

To start, we’re pushing the White House and Congress to pause the proposed new ICBM program, and instead extend the life of the existing (and ideally smaller) Minuteman III force and pursue deeper nuclear arms cuts with the Russians.

As our director for disarmament policy Kingston Reif explains in his recent op-ed, we are also making the case against the new nuclear weapons proposed by the Trump administration, including a new nuclear-armed sea-launched cruise missile.

In the coming weeks, Congress will debate the nuclear weapons budget. Our team will continue to work double-time to engage members of Congress and to support the newly formed bicameral Congressional Working Group on Nuclear Weapons and Arms Control. (See more on the Working Group below.)

Look for more news and analysis on the nuclear weapons modernization debate in Arms Control Today and check out our report and special website devoted to documenting U.S. nuclear weapons excess at www.USNuclearExcess.org.

With a major project grant from Global Affairs Canada Weapons Threat Reduction Program, the Arms Control Association is augmenting the capacity of the Chemical Weapons Convention (CWC) Coalition, an independent, international civil society network formed to support compliance with the CWC and to reinforce the global taboo against chemical weapons. 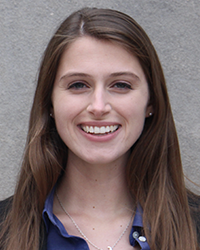 With the help of our new program assistant Leanne Quinn, we will be rebooting the Coalition's website, sending out a periodic e-newsletter, and hosting regular virtual webinars, briefings, and meetings to coordinate the joint activities of the global network of NGOs and experts who participate in the Coalition. Dr. Paul F. Walker, vice-chair of ACA’s board of directors, helped establish the CWC Coalition in 2010 and continues to serve as its coordinator and project manager.

A major near-term focus of the CWC Coalition is the struggle to hold repeat violators of the CWC, particularly Syria, accountable for their actions.

The CWC Coalition and the Arms Control Association will host a special briefing Monday, May 10 on "Reinforcing the Norm Against Chemical Weapons" via Zoom Webinar. The event will feature opening remarks by Fernando Arias, Director General of the OPCW.

To bolster the effort and help map out the next steps for the working group, the co-chairs have requested the advice and support of the Arms Control Association.

The group convened for the first time in March and produced its first joint effort in April: a message to the president urging the Biden administration to reengage Russia in regular, extensive, comprehensive dialogue on a broad range of nuclear and arms control issues, following the extension of the New START agreement.

"The United States and Russia, which together possess the vast majority of the world’s nuclear weapons, bear a special responsibility to ensure that we choose this safer, more secure path forward," they wrote in their April 15 letter to the president signed by 35 Senators and Representatives.

The full text is available here.

In a "normal" year, we would be reaching out to you about our in-person Annual Meeting, but it has certainly not been a normal year and we are all still struggling to cope with the devastating coronavirus pandemic.

Our 2021 Annual Meeting, which will be held this coming October, will be conducted online. In early 2022, we plan to host a hybrid, in-person and online, event to celebrate 50 years of Arms Control Association accomplishments and rededicate ourselves to the work that still lies ahead. We look forward to seeing many of you then.

In the meantime, all ACA members are invited to vote by mail on the proposed slate of candidates for the 2021-2023 class of board of directors. We have four current Board members—William "Russ" Colvin, Michael Klare, Rachel Stohl, and Paul Walker—who have agreed to continue to serve on the board if approved by the membership.

You can read the biographies of and cast your vote for this year's candidates at Armscontrol.org/2021BoardBallot. Voting is now open and will close June 30, 2021.

Making the Case for Compliance with Iran Nuclear Deal 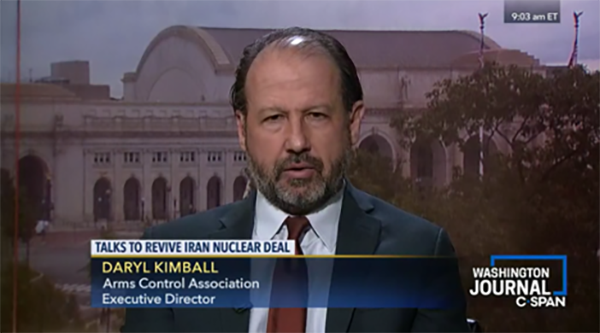 ACA’s policy team continues to monitor and analyze progress on the talks in Vienna to return the United States and Iran to compliance with the 2015 Iran nuclear deal. Earlier this month, executive director Daryl Kimball debated the issue on C-SPAN’s Washington Journal public affairs program.

Look for the latest news updates in the forthcoming May issue of Arms Control Today.