The Biden administration has formally begun a review of U.S. nuclear weapons policy against the backdrop of several competing pressures. These include President Joe Biden’s desire to reduce the role of nuclear weapons in U.S. strategy and put the emphasis on a more holistic and integrated view of deterrence, concerns about increasingly aggressive Russian and Chinese nuclear behavior, the growing cost of the U.S. nuclear modernization program, and divisions in Congress about the future of U.S. nuclear policy. 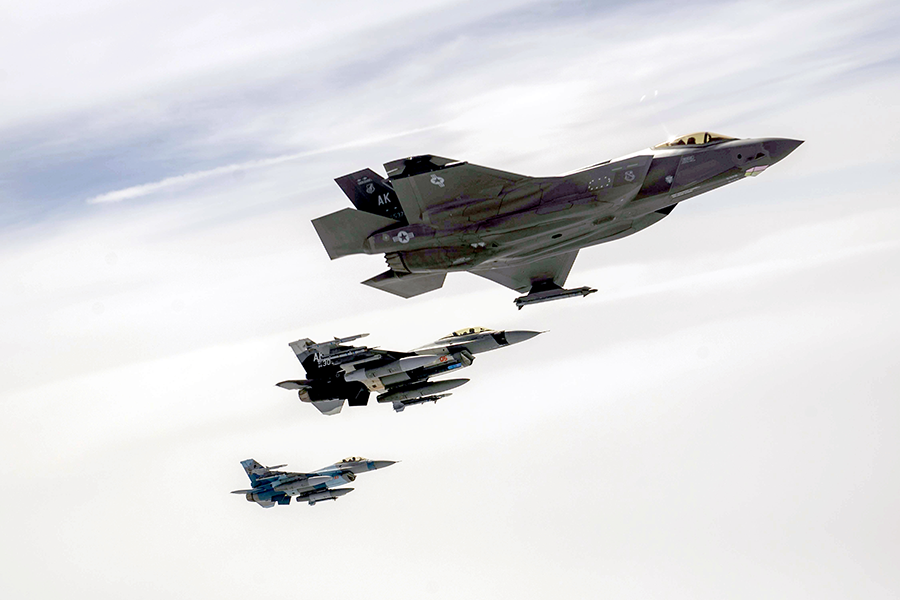 “The Nuclear Posture Review [NPR] is currently underway,” Lt. Col. Uriah Orland, a Defense Department spokesman, told Arms Control Today on Aug. 13. “The review started in early July, and it will be finalized in conjunction with the National Defense Strategy early next year.”

The review will be the fifth since the end of the Cold War. The Trump administration’s review, conducted from 2017 to 2018, sought to expand the role and capability of the U.S. nuclear arsenal amid what the administration believed was a deteriorating nuclear threat environment. (See ACT, March 2018.)

Biden criticized his predecessor’s nuclear weapons policies during the presidential campaign. He told the Council for a Livable World in responses to a 2019 candidate questionnaire that the United States “does not need new nuclear weapons” and that his “administration will work to maintain a strong, credible deterrent while reducing our reliance and excessive expenditure on nuclear weapons.”

Biden also expressed his belief that “the sole purpose of the U.S. nuclear arsenal should be deterring—and, if necessary, retaliating against—a nuclear attack” against the United States and its allies.

The 2021 Interim National Security Strategic Guidance, released by the White House in March, stated that the administration would seek to “re-establish [its] credibility as a leader in arms control” and “take steps to reduce the role of nuclear weapons in [U.S.] national security strategy.”

But it remains to be seen whether Biden will order any adjustments to the policies and programs he inherited. The administration’s first budget request, released in May, would continue the expensive and controversial nuclear weapons sustainment and modernization efforts pursued by the Trump administration pending the outcome of the Nuclear Posture Review. (See ACT, July/August 2021.)

In June, Melissa Dalton, the acting assistant secretary of defense for strategy, plans, and capabilities, told the House Armed Services Committee that the NPR “will consider and assess U.S. strategy, posture, and policy adjustments and consider program execution risk—all with a goal of maintaining a safe, secure, and effective nuclear deterrent, ensuring strategic stability, and reducing risks of mistake and miscalculation in crisis and conflict.”

“This process will be informed by the 21st century security and fiscal environment,” she added.

Colin Kahl, the undersecretary of defense for policy, told the 2021 Carnegie International Nuclear Policy Conference in June that the administration seeks “to make sure that the [NPR] does not stand on its own in its own silo…but is rather integrated into the analysis” of the National Defense Strategy.

It is unclear if the conclusions of the NPR will be published in a stand-alone report, as has been the case for past reviews.

“We will determine whether to integrate the findings into the [National Defense Strategy] or publish a stand-alone review,” Orland told Arms Control Today.

The commencement of the NPR comes as the Biden administration, like the Trump administration, has expressed growing concern about the nuclear behavior of Russia and China. The two countries are modernizing their arsenals and developing new weapons capabilities and, according to U.S. intelligence estimates, are projected to increase the size of their nuclear warhead stockpiles over the next decade.

“We are witnessing a strategic breakout by China,” Adm. Charles Richard, the head of U.S. Strategic Command, said at the Space & Missile Defense Symposium in Alabama on Aug. 12.

“The explosive growth and modernization of its nuclear and conventional forces can only be what I describe as breathtaking,” he added.

In addition to a more challenging international security environment, the administration must also confront the rapidly rising price tag of the U.S. nuclear sustainment and modernization effort, which has jumped to a projected $634 billion over the next decade, according to the Congressional Budget Office. (See ACT, June 2021.)

Kahl said the administration has “concerns about the cost and scheduling issues” presented by the modernization program, but expressed confidence that “we can deliver the current modernization plan on cost and on schedule.”

He also noted that given that the NPR may not be complete until early 2022, after the release the fiscal year 2023 budget request next February, certain decisions about force structure and modernization will be accelerated during the review process to inform the next budget submission.

Meanwhile, members of Congress continue to debate whether the administration should use the review to adjust U.S. nuclear policy.

In a July 21 letter, the co-chairs of the bicameral Nuclear Weapons and Arms Control Working Group—Sens. Jeff Merkley (D-Ore.) and Ed Markey (D-Mass.) and Reps. Don Beyer (D-Va.) and John Garamendi (D-Calif.)—and 18 other lawmakers urged Biden to “reject a 21st century arms race and make bold decisions to lead us towards a future where nuclear weapons no longer threaten all humanity.” The U.S. should forgo new nuclear weapons, they said.

As part of the review, Smith also called on Biden “to take a hard look at whether every ongoing and planned [modernization] effort is necessary” in light of concerns about “affordability and executability.”

Republicans, on the other hand, have continued to urge the administration to plow full steam ahead with current policies and consider whether increases to the arsenal may be necessary given the threat posed by Russia and China.

“We have known that China has been undergoing a crash nuclear buildup for some time, and now it has been laid bare for all the world to see,” Rep. Mike Rogers (R-Ala.), the ranking member on the House Armed Services Committee, said on July 27 in response to reports that China is building new silos for intercontinental ballistic missiles.

“We need to have a serious discussion about what it truly means to have to deter two near-peer nuclear adversaries at the same time,” he noted. “It is abundantly clear that we must also rapidly modernize our nuclear infrastructure and bring our deterrent into the 21st century.”