The United States used its 2020 chair of a multilateral nonproliferation forum to prioritize restoring the norm against chemical weapons usage. Nations should work toward “calling out abuses where they occur, imposing consequences for such atrocities, and standing together to reestablish and reinforce global [chemical weapons] nonproliferation norms,” said Christopher Ford, assistant secretary of state for international security and nonproliferation, in remarks to a Nov. 18 virtual plenary meeting of the Global Partnership Against the Spread of Weapons of Mass Destruction. 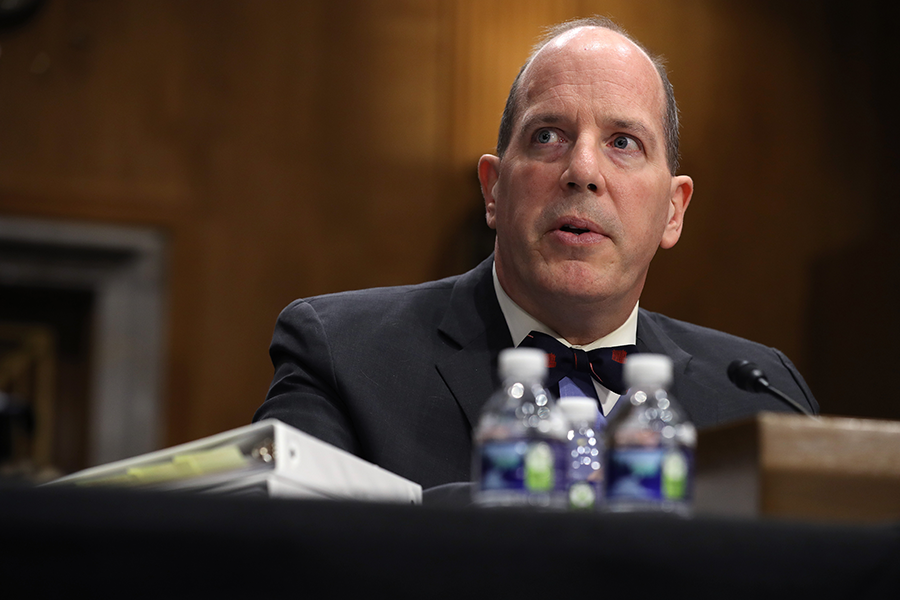 The partnership was created in 2002 and comprises 30 member states plus the European Union. Leadership of the group rotates annually, and a U.S. State Department official told Arms Control Today in June 2020 that, as chair, the United States aimed to make restoration of the norm against chemical weapons use a “centerpiece” of the partnership’s work in 2020. (See ACT, July/August 2020.)

Toward this end, Ford told the plenary the State Department Bureau of International Security and Nonproliferation, which he leads, has taken steps to strengthen the partnership’s work, including by organizing a series of tabletop exercises designed to learn from and prevent state-sponsored assassinations using chemical agents. The exercises focused on steps to “overcome active measures to obfuscate the origin of such an attack and how to protect the credibility of agencies investigating such incidents,” Ford said. The exercises were likely inspired in part by the recent poisoning of Russian dissident Alexei Navalny using a Novichok nerve agent. (See ACT, October 2020.)

Navalny’s poisoning, alongside the assassination of former Russian spy Sergei Skripal using Novichok in 2018 and the killing of North Korean leader Kim Jong Un’s half brother, Kim Jong Nam, using VX in 2017, highlight the erosion of the global norm against chemical weapons use.

According to Ford, increased action can be taken by the Global Partnership to condemn instances of chemical weapons use and to hold perpetrators accountable. Specifically, he noted that several partnership member states are not yet involved with the Partnership Against Impunity for the Use of Chemical Weapons, an initiative established by France in 2018 to name, shame, and sanction those in violation of the norm against chemical weapons. Ford also invited Global Partnership members who participate in the Australia Group export control regime to support the group’s efforts to shore up export controls and other counterproliferation measures designed to prevent the spread of chemical and biological weapons.

Acknowledging the 1997 Chemical Weapons Convention and its monitoring body, the Organisation for the Prohibition of Chemical Weapons (OPCW), Ford added that “all countries who take seriously the dangers of chemical weapons and do not wish to be seen as helping the perpetrators of [chemical weapons] atrocities hide from accountability should also strongly support the OPCW itself.” He said Global Partnership member states should maintain strong support for the OPCW Technical Secretariat and its Investigation and Identification Team, which has a mandate to investigate and attribute responsibility for chemical weapons attacks in Syria. (See ACT, July/August 2018.)