“The Arms Control Association and all of the staff I've worked with over the years … have this ability to speak truth to power in a wide variety of venues.”
– Marylia Kelley
Tri-Valley Communities Against a Radioactive Environment
June 2, 2022
A U.S. Nuclear Strategy for the Biden Administration

As soon as Joe Biden was sworn-in on Jan. 20 as the 46th U.S. president, the absolute power to order the launch of nuclear weapons was transferred to him. As work to rebuild the federal workforce and address the substantial laundry list of issues left by the previous administration begins, the nuclear “football,” the case carrying everything needed to order a nuclear strike, will never be far away. It is an ominous reminder of the awesome responsibilities of the presidency and of the risks of nuclear use by accident, miscalculation, or rapid escalation or on false warning inherent in U.S. nuclear strategy. 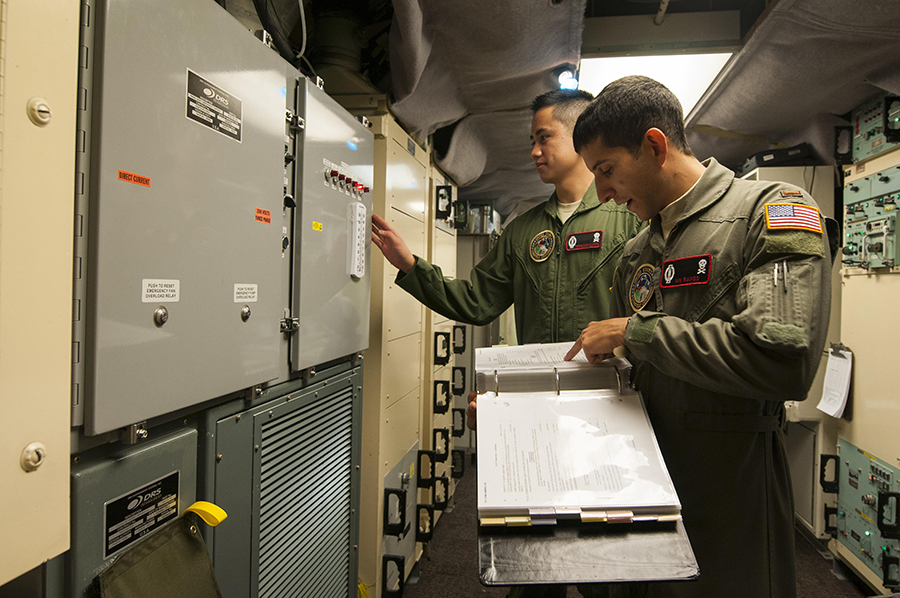 Although the Trump administration has exacerbated every nuclear challenge facing the United States by increasing nuclear tensions and the risk of use, upending key arms control agreements, and increasing the salience of nuclear weapons in national security, some of the challenges and underlying issues predate President Donald Trump. Entrenched views and misguided thoughts of controlling escalation have underscored a dangerous return of the belief that the United States can fight and “win” a nuclear war. Under Trump,1 this nuclear war-fighting fallacy led to expanding the circumstances for nuclear use against non-nuclear attacks to include cyberattacks, deployment of submarine-launched ballistic missiles with low-yield nuclear warheads, and plans for a new, more usable nuclear cruise missile.2

These new weapons add to the already outsized costs for plans to upgrade the land-, sea-, and air-based legs of the nuclear triad, which have ballooned to $1.5 trillion and are likely to continue to grow.3 Maintaining the safety and security of the nuclear arsenal while it exists is of the utmost importance, but current plans move beyond safety upgrades and siphon billions from real needs, such as housing, health care, and education. Even within the defense budget, the growing nuclear modernization price tag is running up against other defense priorities. The Department of Defense’s solution tends to skew toward increased budgets. In December 2020, Congress passed a $740 billion defense bill, including $44.5 billion for nuclear weapons, while it quibbled over an economic relief package during a global health crisis. The devastation of the COVID-19 pandemic and the growing tangible effects of climate change have reignited calls for the United States to reassess its priorities.

The United States is at a crucial decision point. It can continue to maintain nuclear policies that incur more risk than benefit and pump precious resources into a bloated nuclear arsenal, or it can step back and reenvision U.S. nuclear strategy, moving away from nuclear war-fighting toward a deterrence-only strategy based on a second-strike capability meant to deter nuclear attacks on the United States and its allies. Biden, for his part, has stated his commitment to reducing the role of nuclear weapons in national security.

The most urgent step Biden can take to put his nuclear convictions into practice is to extend the New Strategic Arms Reduction Treaty (New START) with Russia for five years before the treaty expires on February 5. By maintaining limits on the world’s two largest nuclear arsenals and valuable insight into the Russian nuclear arsenal that keeps officials from planning based on worst-case scenarios, New START extension would place the Biden administration on more stable footing as it assesses and develops U.S. nuclear strategy.

Biden’s nuclear guidance should shift the United States to a deterrence-only strategy. Key to this is adoption of a no-first-use policy, declaring the United States will never use or threaten to use nuclear weapons first. It should also end nuclear plans to use counterforce against opposing nuclear forces, end launch-on-warning policies, and take all nuclear weapons off high alert.4 Implementing each of these steps would reduce the risk of nuclear use while maintaining a credible nuclear deterrent. There is no plausible scenario wherein the first use of nuclear weapons makes sense for U.S. or allied security. Launch-on-warning and first-use postures place considerable time constraints and pressure on the president to use nuclear weapons preemptively or on potentially false warning of an incoming attack. Such posturing has no place in the 21st century security environment.

Under this guidance, the Biden administration should reorient the nuclear force to strengthen credibility, ensure survivability, and save billions in unnecessary spending. Trump’s new weapons programs can be canceled, and the United States can move to a nuclear deterrent force of strategic submarines, the most survivable leg of the triad, and 650 warheads. To hedge against anti-submarine warfare threats or unexpected technical deficiencies in the future, the United States could keep a reserve force of strategic bombers and 450 warheads.

The replacement program for intercontinental ballistic missiles (ICBMs), known as the Ground-Based Strategic Deterrent (GBSD) system, should be canceled, and the Biden administration should begin the process of retiring the ICBM leg. As former Defense Secretary William Perry said, “[T]hese missiles are some of the most dangerous weapons in the world.”5 As “use or lose” missiles, they are tools of first-strike posturing and increase the risk of accidental use. Under a deterrence-only strategy, they are an unnecessary hedge added to a hedge of reserve bombers. Biden should also eliminate certain warhead plans, including the W87-1 slated for deployment on the GBSD system, and reduce requirements for plutonium pit production to 30 pits per year, eliminating the need for a new pit production facility. Implementing some of these changes would save more than $100 billion over 10 years.6

Some of the savings should be reallocated to strengthening nuclear command, control, and communications and early-warning systems, which experts have described as the Achilles heel of nuclear strategy.7 Savings can also be reallocated to provide more non-nuclear options to military planners or, better yet, combat genuine security challenges such as pandemics and climate change.

It is important that any change to U.S. nuclear strategy be done in close consultation with U.S. allies. Engagement should begin early in Biden’s first year as his team develops its nuclear guidance. Work to reaffirm and strengthen U.S. commitments to allied security should include discussions on the role of nuclear weapons in extended deterrence, the risks of current U.S. nuclear policy, and the increased stability of a deterrence-only strategy. The Biden administration should also work to build support in Congress and vocalize support for nuclear victim assistance programs such as the Radiation Exposure Compensation Act.

The United States can implement a deterrence-only strategy without reciprocal steps from Russia, although ideally this strategy would serve as a blueprint for a follow-on to New START. Either way, Biden should encourage conversations on declaratory policy and nuclear risk reduction among nuclear-armed states, perhaps relying on the successful nuclear security summits model. This would be a fundamental step to getting back on track toward the ultimate goal of a world without nuclear weapons.

The United States cannot maintain policies and prioritize investments in systems that increase the risk of nuclear disaster while continuing to dismiss the realities of actual threats to U.S. and global security, such as climate change and pandemics. Expert analysis has shown the obstacles to a deterrence-only strategy are not military, but political.

Biden can and should take this opportunity to advance U.S. leadership in reducing the role of nuclear weapons in national security, making the world safer from nuclear use. By moving to a deterrence-only strategy, Biden can decouple the United States and its allies from outdated and dangerous war-fighting policies, maintain a credible deterrent while providing greater stability at a lower cost, reduce reliance on nuclear weapons, and make progress toward a world free of nuclear weapons.