President Joe Biden has a narrow window of opportunity after his inauguration to head off a nuclear crisis with Iran by stabilizing the 2015 multilateral nuclear deal with Iran and laying the groundwork for future negotiations on the country’s nuclear program. 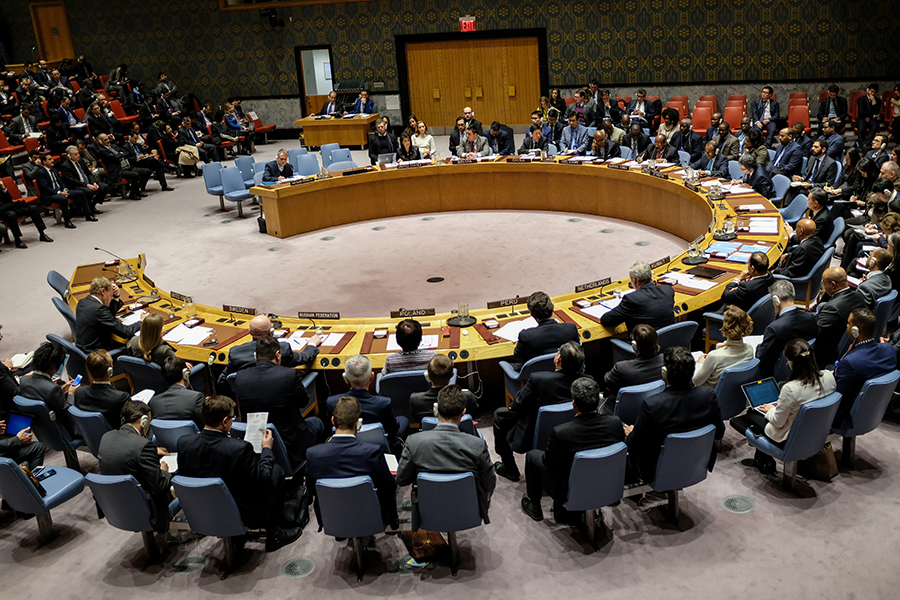 Biden expressed his intention to return the United States to compliance with the 2015 deal, known as the Joint Comprehensive Plan of Action (JCPOA), if Iran does likewise. In a September opinion piece for CNN, Biden wrote that “[i]f Iran returns to strict compliance with the nuclear deal, the United States would rejoin the agreement as a starting point for follow-on negotiations.”

This is a logical path forward—more than two years of full implementation of the JCPOA demonstrated its effectiveness and its verifiability. Furthermore, restoring the deal and U.S. credibility is necessary for future negotiations with Iran on a longer-term nuclear framework and regional security, which Biden says is his intention.

Biden, however, will need to move quickly. To date, Iran’s breaches of the accord in response to President Donald Trump’s withdrawal from the agreement and systematic campaign to deny Tehran any benefits of remaining in the accord have increased the proliferation risk posed by Iran’s nuclear program, but have been carefully calibrated not to kill the deal.

Yet, a new Iranian law enacted December 28 requires Iran to take a number of more serious steps to accelerate its nuclear program over the course of 2021 that close U.S. allies and parties to the JCPOA—France, Germany, and the United Kingdom—have warned could collapse the deal. If the deal is no longer viable and the Biden administration has to begin negotiations from scratch, it will have less credibility and less international support than when the JCPOA was negotiated.

To demonstrate that the United States is sincere about returning to the JCPOA and acting in good faith, the Biden administration could consider immediately announcing steps to build confidence with Iran as a return to full compliance with the JCPOA is coordinated. These steps, outlined below, could result in Iran delaying implementation of the December 28 law, thus creating time and space to restore the JCPOA.

Waiving sanctions for cooperative nonproliferation projects outlined in the JCPOA. Taking this step benefits both sides. On the Iranian side, nuclear cooperation is a tangible benefit of the JCPOA, and reinstituting the waivers may make it easier for Iran to return to compliance with the accord. Restoring waivers allowing the country to transfer out enriched uranium and heavy water, for instance, could help facilitate Iran’s adherence to its obligations. On the U.S. side, a number of cooperative projects included in the JPCOA benefit U.S. nonproliferation interests, such as conversion of the Arak reactor to a less proliferation-sensitive model. Renewing the waivers also benefits the remaining parties to the deal because they are required to assist Iran on certain projects, such as Arak and the conversion of the Fordow facility.

Clarifying U.S. support for UN Security Council Resolution 2231. Although the Trump administration’s attempt to snapback UN sanctions on Iran was rebuffed by the Security Council because the United States withdrew from the JCPOA, Trump officials asserted that UN sanctions were reimposed and threatened to sanction any state that did not adhere to them. If the Biden administration were to clearly state that the United States does not view UN sanctions as snapped back and supports Resolution 2231, that would help demonstrate the U.S. commitment to returning to the JCPOA.

Facilitating humanitarian transactions. Humanitarian trade with Iran is exempt from U.S. sanctions, but actions taken by the Trump administration have stymied efforts to facilitate transactions for essential medical equipment and pharmaceuticals. The Biden administration could indicate its support for mechanisms such as the Intrument in Support of Trade Exchanges and Iran's Social Security Investment Co. to process those transactions. Similarly, the United States could drop the U.S. ban on travel to Iran.

Iranian Foreign Minister Javad Zarif said that the United States and Iran do not need to “negotiate” a return to full compliance with the JCPOA and that both sides can simply take the required steps, but coordination will likely be necessary because neither side likely will want to be perceived as acting unilaterally.

After taking office, the Biden administration could first seek a meeting with its JCPOA allies and then with the full P4+1 (China, France, Germany, the UK, and the European Union) and Iran to discuss the process and sequence of returning to the JCPOA, as well as any issues that might need to be resolved, such as the future status of advanced centrifuges introduced by Iran that are not covered by the JCPOA. The United States and Iran could then agree on a date by which both sides agree to take the steps necessary to return to the deal.

To date, Iran’s breaches of the JCPOA are largely reversible. Although Tehran will have gained some knowledge on advanced centrifuge operations that cannot be undone, Iran could likely reduce its stockpile of enriched uranium to less than 300 kilograms of uranium enriched to 3.67 percent uranium-235, reduce enrichment of uranium to below 3.67 percent, remove excess advanced centrifuges, and halt enrichment activities at the Fordow site within three to four months. Similar to the JCPOA’s implementation day in January 2016, the IAEA could issue a special report on Iran’s nuclear activities that confirms Tehran’s return to the deal’s limits.

In coordination with the release of the IAEA report, the Biden administration could waive sanctions as required under the JCPOA. This may be more advantageous than trying to coordinate an action-for-action approach that draws out a return to full implementation, thus increasing the risk of spoilers.

To coordinate a return to compliance and the strategy for further negotiations, the Biden administration could also:

Despite bipartisan agreement that it is in the U.S. national security interest to prevent Iran from acquiring the means to build nuclear weapons, Biden’s plan to return the United States to compliance with the JCPOA already faces significant opposition. Even supporters of the JCPOA have argued that Biden should use the leverage generated by the Trump administration’s sanctions campaign to pressure Tehran into accepting further limits on its nuclear program.

Despite the significant toll that the reimposed sanctions have had on Iran’s economy, U.S. leverage is limited. By withdrawing from an agreement to which Iran was adhering and that enjoyed broad international support, including from close U.S. allies, the Trump administration significantly damaged U.S. credibility. Returning to the JCPOA is a necessary step to demonstrate U.S. good faith and lay the groundwork for future negotiations.

Arguably, the United States also has significant leverage if it returns to the JCPOA. Full implementation of the JCPOA demonstrated that Iran’s economic growth will remain limited so long as U.S. primary sanctions remain in place. Returning to the JCPOA and restoring U.S. credibility gives the United States leverage to negotiate further limits in exchange for additional sanctions relief.

Kelsey Davenport is director of nonproliferation policy at the Arms Control Association.