– Setsuko Thurlow
Hiroshima Survivor
June 6, 2016
Back to the Nuclear Brink?

Three decades ago, President Ronald Reagan declared that “a nuclear war cannot be won and must never be fought.” In the years after, Russia and the United States began to wind down Cold War tensions and slash their nuclear arsenals. But today, the risks of nuclear brinkmanship and unbridled nuclear competition are on the rise once again.

Although the number of nuclear weapons is down from its Cold War peak, Russian and U.S. nuclear forces and postures still allow each country to launch more than 1,000 nuclear bombs within minutes if attacked. Each side depends on the restraint and good judgment of the other to avoid mutual annihilation. 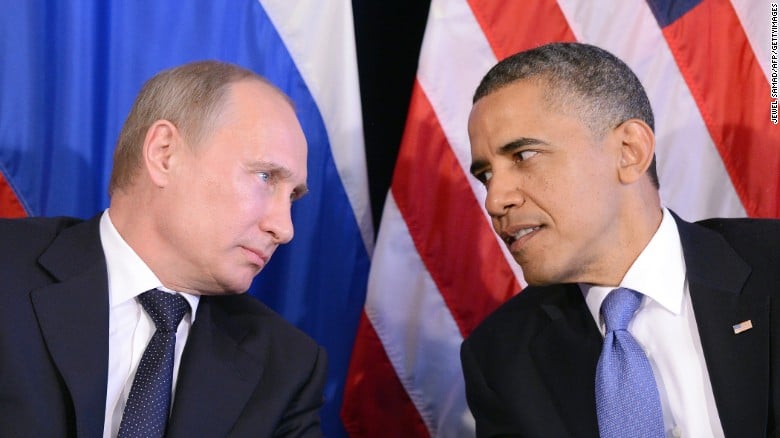 Distrust is deep, and the list of grievances is growing. Although Russian and U.S. forces still far exceed nuclear deterrence requirements, progress on further nuclear cuts is on hold. Russian President Vladimir Putin, citing concerns about U.S. regional missile interceptors and third-country arsenals, has rebuffed U.S. President Barack Obama’s 2013 proposal for a further one-third reduction in each side’s nuclear forces without so much as a counterproposal.

Worse still, Putin’s illegal annexation and destabilization of parts of Ukraine in violation of its 1994 pledge to respect Ukraine’s territorial integrity in exchange for Ukraine giving up nuclear weapons has put NATO members bordering Russia on edge. Unfortunately, the Ukraine crisis has halted most military-to-military contacts between East and West, making the increasingly frequent Russia-NATO close air encounters an even more dangerous potential flashpoint.

To date, the United States and Europe have responded to Putin’s meddling in Ukraine with targeted economic sanctions against Russia, plus additional conventional military training and support for allies and partners.

As Gen. Philip Breedlove, NATO supreme allied commander, told a Senate committee last year, “The security situation in Europe is less stable, but it’s not based on the nuclear piece” of the equation.

Over the past year, however, Russian officials have begun to highlight their nuclear forces as a deterrent against what they see as increasingly threatening U.S. and NATO conventional military capabilities. Late last year, Russia “leaked” plans for a new nuclear-armed underwater torpedo, implying it is eyeing new types of nuclear weapons.

NATO Secretary-General Jens Stoltenberg cautioned, “No one should think it is possible to use nuclear weapons in a limited way as part of a conventional conflict.” He is right.

Now, in a troubling shift of rhetoric, the Defense Department has unwisely begun to frame its unaffordable, all-of-the-above plan for replacing and upgrading U.S. strategic bombers, nuclear-armed cruise missiles, and land- and sea-based strategic nuclear forces as part of its strategy to “counter Russia’s aggressive policies in Eastern Europe,” according its latest budget request.

In reality, U.S. nuclear weapons do nothing to address Russia’s actions in Ukraine or protect nervous NATO allies in the Baltics. This new Pentagon talking point only provides the Kremlin with a cynical excuse to accelerate its plans to improve Russia’s nuclear forces.

It makes no sense for either side to pursue a multidecade nuclear weapons spending binge that would perpetuate excessive force levels and Cold War-era nuclear war-fighting capabilities for generations to come.

Obama and his successor, along with Putin, have a responsibility to pull back from a nuclear action-reaction cycle that puts both countries at greater risk.

To start, the two presidents should issue a joint statement reaffirming their understanding that there can be no winners in a nuclear war and that as long as each side has nuclear weapons, strategic stability will remain central to their bilateral relations.

They should immediately resume active discussions on new, creative proposals to reduce the size and enormous cost of their excess strategic and tactical nuclear stockpiles and to resolve disagreements about missile defenses and INF Treaty compliance.

For instance, Obama could order a halt of the program to develop a new air-launched, nuclear-armed cruise missile, phase out the missile it is replacing, and pursue with Russia and other states a ban on nuclear-armed cruise missiles. Such systems are for nuclear war-fighting, not deterrence. As former Defense Secretary William Perry has argued, “[T]he old Cold War requirement for such a capability no longer exists.”

To avoid miscalculation in a crisis, U.S. and NATO officials should resume regular communications with their military and intelligence counterparts in Russia, including through the NATO-Russia Council. Dialogue is essential for security and should not be denied to show displeasure with Russian behavior.

Leaders in Moscow and Washington need to walk back from a new era of nuclear one-upmanship, or else the world will face even greater dangers in the months and years ahead.