By Kelsey Davenport and Kingston Reif 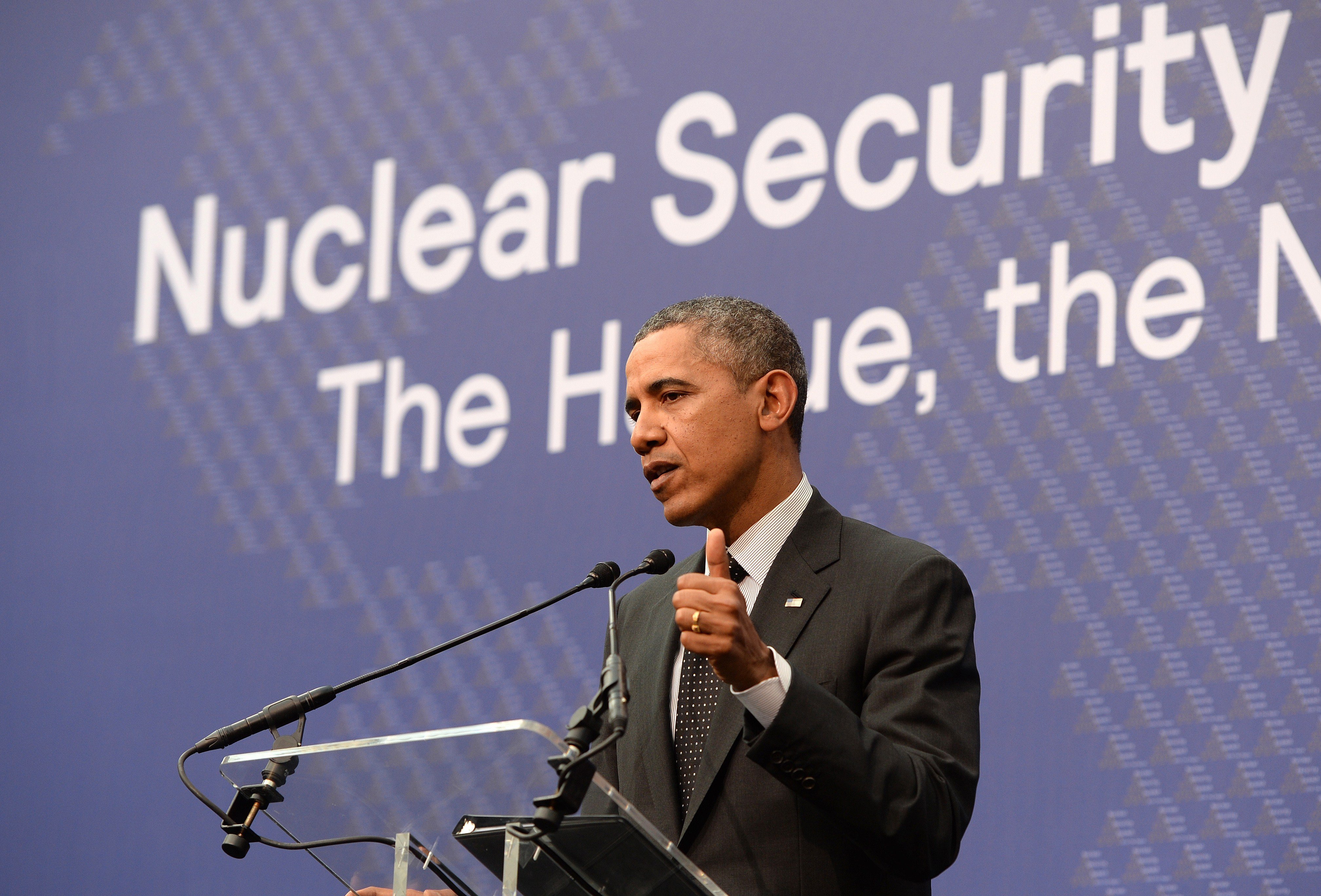 In a Feb. 12 email to Arms Control Today, the official said that the document will “highlight progress” toward these goals and “look forward to further steps required to achieve them.”

The official said that multilateral initiatives and institutions are critical components of the “architecture,” along with “treaty regimes, informal arrangements, and national regulations.”

The March 31-April 1 meeting will be the fourth and final biennial summit on nuclear security since President Barack Obama hosted the first one in April 2010 as part of an accelerated effort to secure civilian nuclear material worldwide.

Given that the upcoming summit will be the final meeting in this format, the official said the United States hopes to “establish a mechanism to sustain momentum” on the nuclear security agenda.

The summit participants, comprising 52 countries and four international organizations, are expected to endorse five action plans for key institutions and initiatives to carry on parts of the summit agenda. The action plans are for the United Nations, the International Atomic Energy Agency (IAEA), Interpol, the Global Initiative to Combat Nuclear Terrorism (GICNT), and the Global Partnership Against the Spread of Weapons and Materials of Mass Destruction.

The action plans “will reflect the intent” of the participating states “to promote and enhance the nuclear security contributions” of these key organizations and initiatives, said the official.

Although some observers have expressed concern that momentum on the nuclear security agenda will fade after the high-level political attention brought to the summit process ends, the White House official said that there are “many vehicles that can carry forward the senior-level engagement.” The official said that the “primary vehicle” would be the IAEA’s nuclear security meeting, scheduled to be held in Vienna at the ministerial level every three years.

The IAEA held the first such meeting in July 2013. The second is scheduled for December 2016.

The official said that, by “maximizing participation at the ministerial level and by developing a practice of announcing accomplishments and pledges at this meeting, the Summits’ momentum can be carried forward.”

A German official said in a Feb. 18 email that “[t]here is consensus that nuclear security will remain a priority” after 2016.

The official added that the “security of radioactive sources is of particular importance for Germany” and requires the country’s “full attention.”

In a separate Feb. 18 email, a French official, asked whether there are nuclear security risks that the summit process has not adequately addressed, said “No.”

The German official said that “[o]ne particular challenge” for the future “is to build up sustainable and robust protection” against cyberattacks for civilian nuclear power reactors and other nuclear installations. He said that the summit process has addressed the issue but that more work needed to be done.

One of the most tangible accomplishments of the summit process has been the acceleration of removals of highly enriched uranium (HEU) and, to a lesser extent, separated plutonium.

Since the summit process began in 2010, the number of countries with weapons-usable nuclear material has dropped from 32 to 24, according to reports by the Nuclear Threat Initiative (NTI).

The senior White House official noted that all HEU was removed from Switzerland and Uzbekistan since the 2014 summit in The Hague and said to expect new announcements on the removal of HEU and plutonium at the upcoming summit.

Switzerland participates in the summit process, while Uzbekistan does not.

The official also highlighted progress on ratifications of key nuclear security treaties as one of the significant accomplishments since the 2014 summit and noted that the United States completed ratification of the 2005 amendment to the Convention on the Physical Protection of Nuclear Material (CPPNM) and the International Convention for the Suppression of Acts of Nuclear Terrorism in 2015. (See ACT, July/August 2015.)

The anti-terrorism convention establishes a framework to strengthen cooperation among countries in combating nuclear terrorism and provides details on how offenders and illicit materials should be handled by states when seized. 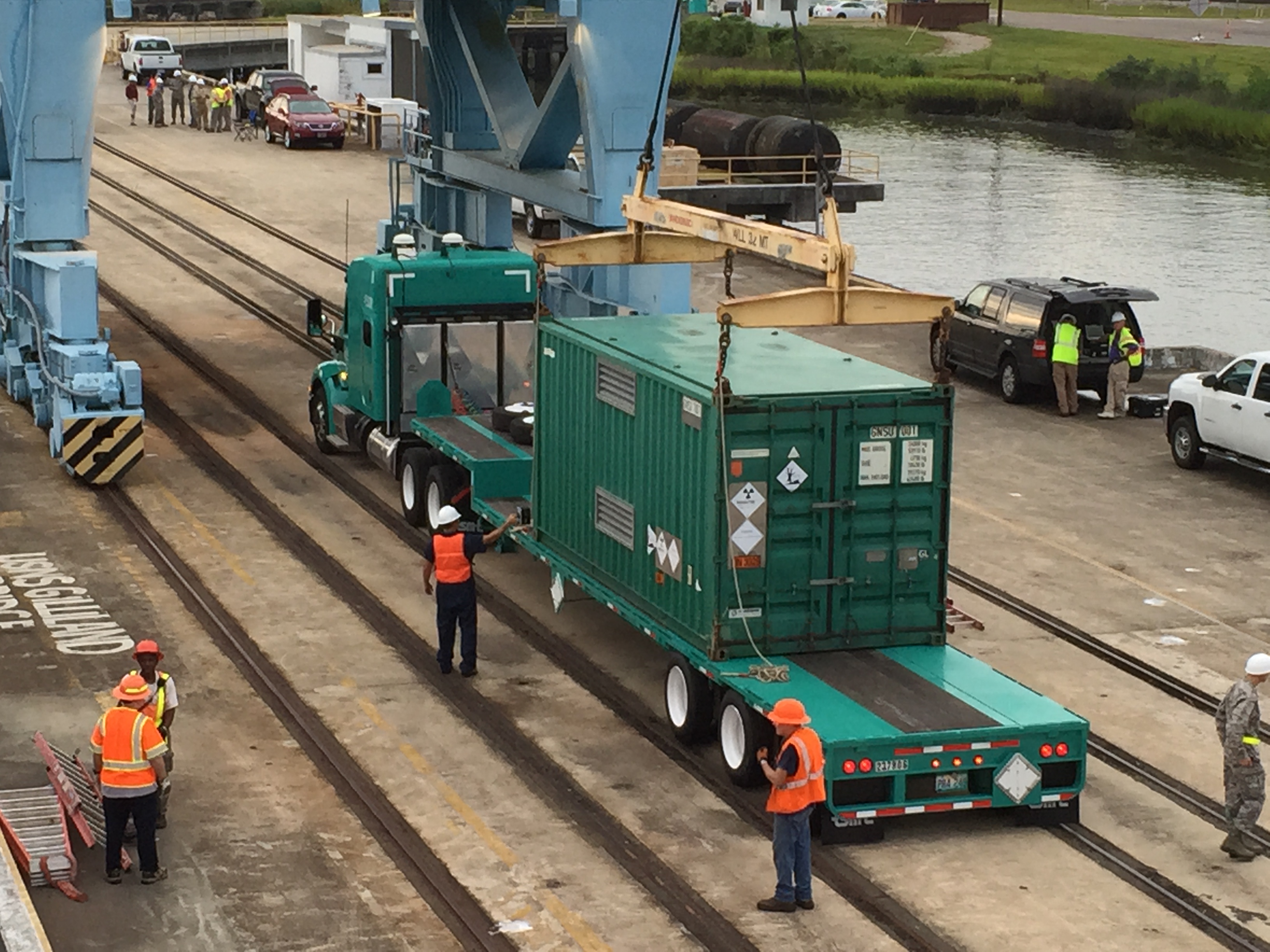 Although the summit process has spurred visible progress in securing and minimizing civilian HEU, some government officials and independent analysts have criticized the process for not focusing more intensively on reducing civilian stockpiles of separated plutonium and stockpiles of nuclear materials categorized for military uses and on increasing the transparency of these categories of materials.

Global stocks of plutonium and HEU found outside civilian nuclear programs, such as material in noncivilian naval reactors or material declared excess to military needs and awaiting disposition, make up more than 80 percent of the global stockpile of weapons-usable material, according to an NTI report in November 2015.

The White House official said some countries may address military materials or civilian plutonium stocks in their national progress reports or national statements at the summit. The official added that progress in these areas is “most likely to be made working directly with and among the small number of countries” who possess these materials rather than through a summit statement on behalf of all the participants.

With the exception of Russia, all of the countries from the 2014 summit are expected to attend in 2016. Russia announced in 2014 that it would not attend the Washington meeting. (See ACT, December 2014.)

The White House official said “the door remained open” for Russia to join the remaining preparatory process for the 2016 summit and that the United States “regret[s]” Moscow’s decision not to participate.

The official added that Russia now has limited bilateral cooperation with the United States on nuclear security, but expressed the hope that Moscow will “deliver on its pledge to maintain the nuclear security improvements” the two countries have made since the end of the Cold War.

Russia continues to work “constructively with the United States” on projects to remove nuclear materials from other countries and as a member of the GICNT, the official said.

In September 2015, Russia worked with the U.S. National Nuclear Security Administration and the IAEA to remove Uzbekistan’s remaining stockpile of HEU. Russia and the United States co-chair the GICNT, a voluntary organization launched in 2006 to strengthen global abilities to prevent and respond to acts of nuclear terrorism.