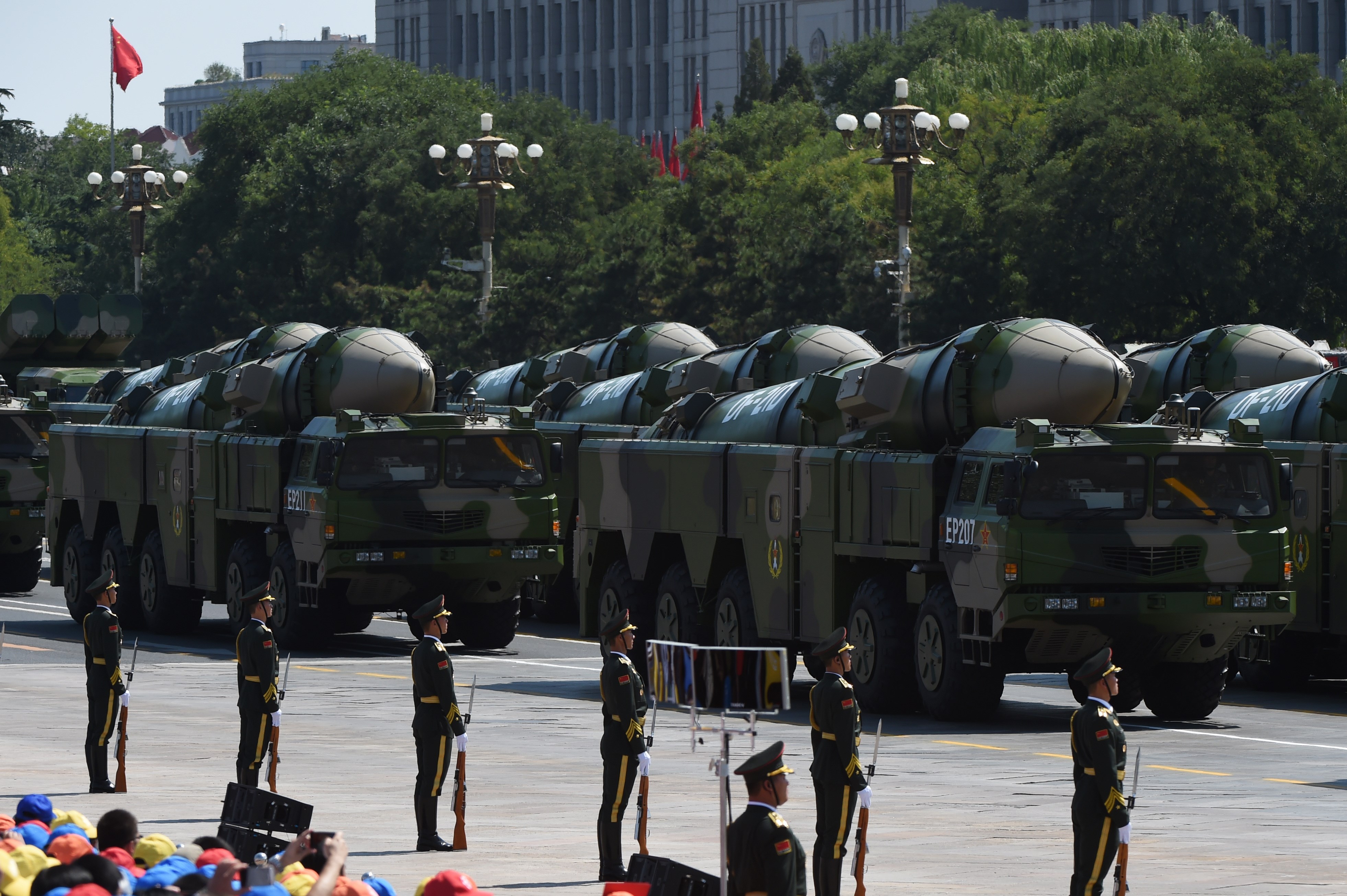 China announced in December that it had elevated and renamed the force charged with overseeing the country’s nuclear mission, but said the changes would not affect Beijing’s nuclear policy or strategy.

In a Dec. 31 speech in Beijing, Chinese President Xi Jinping announced the formation of the People’s Liberation Army (PLA) Rocket Force, which will continue the nuclear mission of what had been the army’s Second Artillery Corps and be the “core force of strategic deterrence.”

Yang Yujun, spokesman for the Chinese Defense Ministry, said on Jan. 1 that the establishment of the Rocket Force would not alter China’s no-first-use commitment for nuclear weapons. Yang also said that China’s nuclear force levels would remain at the minimum level necessary for national security.

Gregory Kulacki, senior analyst and China project manager at the Union of Concerned Scientists, said in a Feb. 2 email to Arms Control Today that there is “no indication at this time that the decision to re-name the Second Artillery will lead to substantive changes in China’s nuclear weapons policy.”

He said that most of the Second Artillery Force’s “former assets and responsibilities remain intact” under the Rocket Force.

Xi’s announcement was part of a broader reorganization of the PLA. The Rocket Force will have equal status along-side China’s army, navy, and air force.

Michael Chase, a senior political scientist at the RAND Corp. who focuses on China, said in a Feb. 4 email that elevating the strategic missile force from the Second Artillery Corps to the “level of a full service” as the Rocket Force “reflects the importance China’s top leaders attach to continuing to modernize the rocket force.”

China does not disclose the size of its nuclear arsenal, but is widely believed to possess approximately 260 warheads. The majority of Beijing’s arsenal is intended for delivery on land-based ballistic missiles.

Kulacki said that “the most worrisome potential changes” to China’s nuclear program were being discussed before the name change was announced. These changes, which Kulacki said are still being discussed, include the “development of an early warning system, a decision to raise the alert level of China’s nuclear forces and the implementation of a ‘launch on warning’ policy,” he said.

The early-warning system is worrisome because it enables rapid launch, Kulacki said. He said that “U.S. and Soviet experience with early warning systems, especially in the early stages of development, indicates they are prone to error.” If China constructs an early-warning system and places its forces on a higher state of alert to launch on warning of an incoming attack, “it will greatly increase the risk of an accidental or mistaken launch of a nuclear-armed Chinese missile,” Kulacki said.

China’s nuclear warheads are widely believed to be stored separately from their delivery systems. In a 2009 defense white paper, China declared that its nuclear missiles are detargeted in peacetime and “not aimed at any country.”

In the announcement establishing the new force, Xi said it would be tasked with enhancing China’s nuclear deterrence and counterstrike capabilities.

Chase said that although China has stated it will continue to adhere to its long-standing nuclear policy, Beijing is modernizing its forces. The modernization program focuses on “improving survivability” by deploying road-mobile intercontinental ballistic missiles (ICBMs) and ballistic missile submarines, he said.

China’s initial Xia-class submarine is widely believed to be a technology demonstrator that never conducted a patrol with nuclear-armed ballistic missiles.

According to a 2015 report on China’s military program issued by the U.S. Defense Department, China currently has four operational Jin-class submarines that are the country’s first “credible long-range sea-based” nuclear capability and could begin their nuclear-armed patrols by the end of 2015, according to the report.

The submarines eventually will carry the JL-2 submarine-launched ballistic missile, which has an estimated range of 7,400 kilometers, the report says.

Chase said China’s public display of its nuclear missiles in a military parade last year reflects “growing confidence in its strategic deterrent.” He said Beijing has some new nuclear capabilities under development, including a mobile ICBM that is able to carry multiple independently targetable re-entry vehicles. Such a capability would allow China to put multiple nuclear warheads on each missile. China’s current missiles are capable of carrying only one nuclear warhead apiece.

Wei Fenghe was appointed commander of the Rocket Force, and Wang Jiasheng is the political commissar, the highest nonmilitary position. Wei had been the commander of the Second Artillery Force since 2012.