I find hope in the work of long-established groups such as the Arms Control Association...[and] I find hope in younger anti-nuclear activists and the movement around the world to formally ban the bomb. 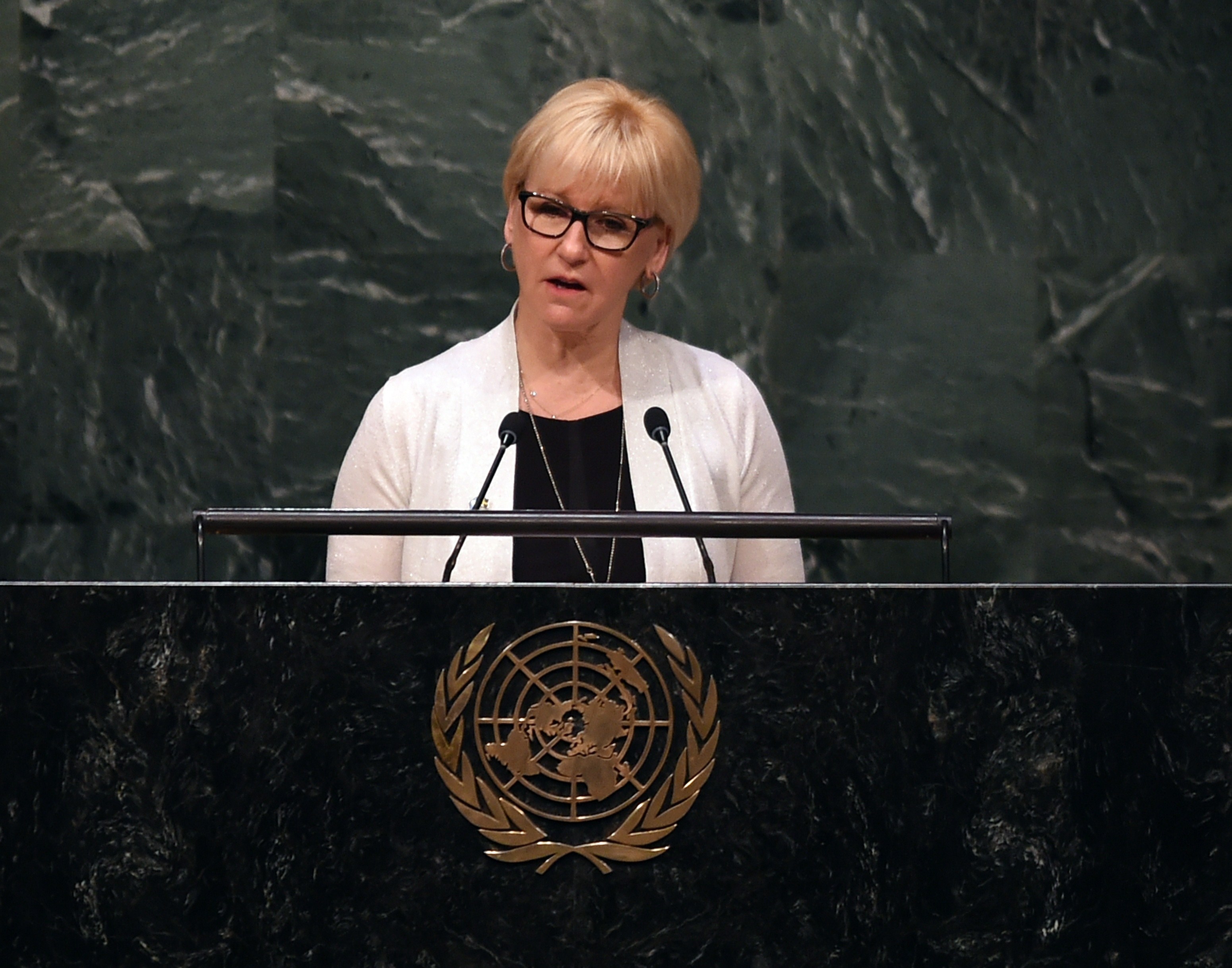 In the aftermath of a contentious review conference earlier this year, key states-parties to the nuclear Nonproliferation Treaty (NPT) differ on the best way to pursue disarmament as they look to the UN General Assembly session that opens Sept. 15 and the treaty’s next review conference, in 2020.

The recent review conference ended May 22 without agreement on a final document due to unbridgeable differences over the process for convening a conference on ridding the Middle East of weapons of mass destruction. In addition, countries clashed over the pace of the nuclear-weapon states’ disarmament efforts. (See ACT, June 2015.)

Although nuclear disarmament was not the “deal breaker” that prevented consensus at the meeting, differences on the issue are “severe and intensifying,” Adam Scheinman, President Barack Obama’s special representative for nuclear nonproliferation, said during a July 16 panel discussion at the U.S. State Department.

Speaking on the same panel, Alexander Kmentt, director of disarmament, arms control, and nonproliferation in the Austrian Federal Ministry for European and International Affairs, said that the longer the negotiations on disarmament at the review conference went on, the deeper the divide became.

The conference’s draft final document did not represent “anything close” to a consensus, he said.

Scheinman said countries can take a number of steps before the 2020 review conference. For example, he emphasized the importance of finding a way to bring Russia back to the negotiating table on arms control although he did not suggest how that might be possible in light of U.S.-Russian tensions over Moscow’s actions in Ukraine and alleged violation of the Intermediate-Range Nuclear Forces Treaty.

In addition, Scheinman urged the Conference on Disarmament in Geneva to begin negotiations on a global ban on the production of fissile materials for nuclear weapons, which has effectively been blocked by Pakistan (see, "UN Disarmament Body Still Stalemated"). Scheinman said it would not be possible to move toward much lower numbers of nuclear weapons without a verified cap on fissile material production.

He also called for the development of better lines of communication on nuclear disarmament issues between nuclear-weapon and non-nuclear-weapon states as a way to bridge some of the gaps that persist. He specifically mentioned the possible creation by the UN General Assembly of “an open-ended working group”—a forum in which all UN members can participate—as a “first-order opportunity to have a serious dialogue among the various parties.”

Scheinman expressed hope that there would be progress “quite soon” on the steps he listed. 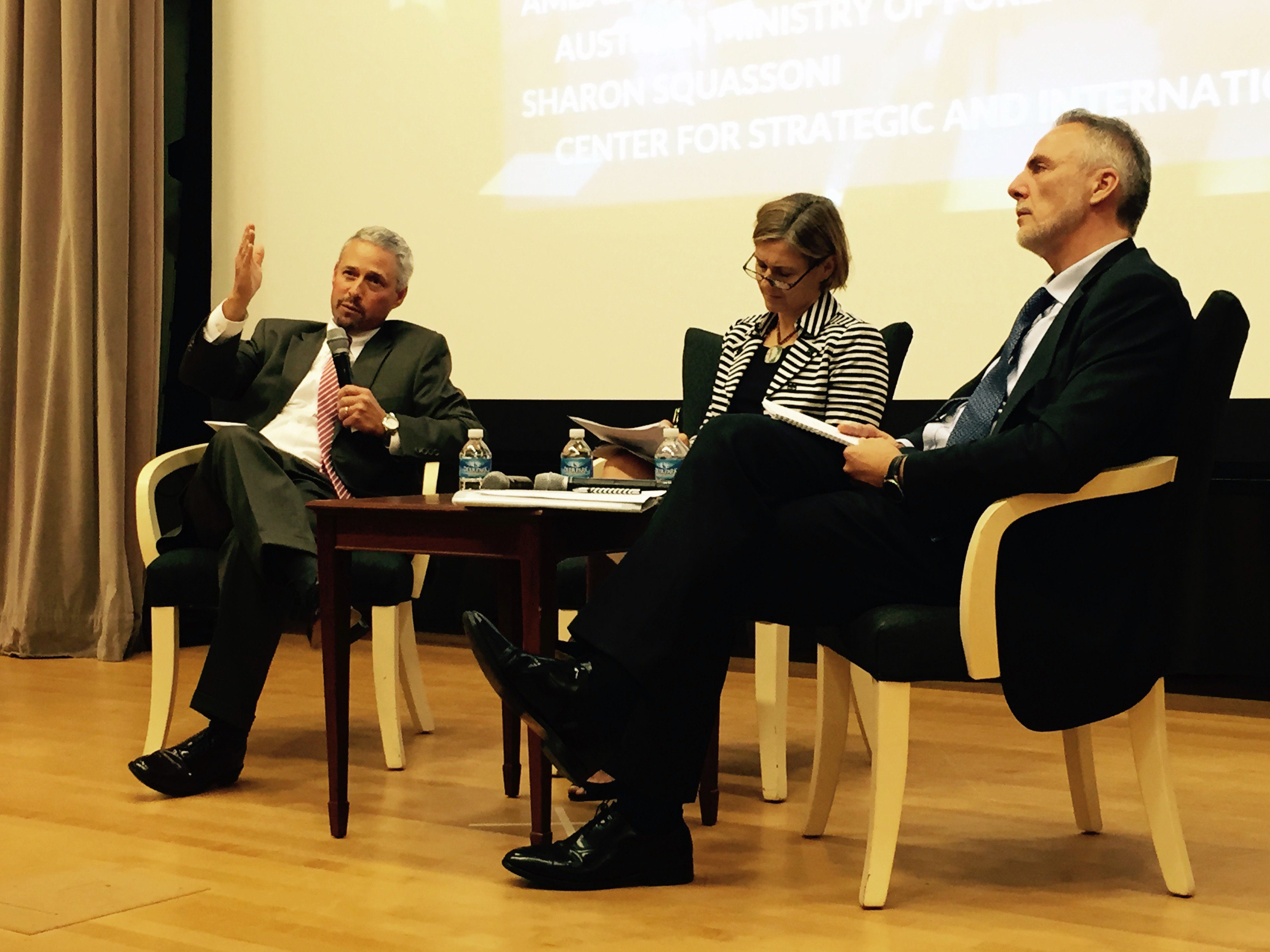 The working group was a recommendation in the draft final document from the NPT review conference. According to the document, the purpose of the working group would be “to identify effective measures for the full implementation of Article VI” of the NPT and to do so on the basis of consensus. Under Article VI, the treaty parties are to “pursue negotiations in good faith on effective measures relating to the cessation of the arms race at an early date and to nuclear disarmament.”

The General Assembly last established an open-ended working group on nuclear disarmament in 2012. (See ACT, December 2012.) In that group, which met in Geneva in August 2013, about 80 states discussed ways to advance multilateral disarmament negotiations, but the nuclear-weapon states declined to participate. The group produced a final report that summarized the content of the discussion.

Kmentt questioned the approach touted by Scheinman, noting that disarmament steps such as a fissile material cutoff treaty have been on the international agenda for nearly two decades, but no progress has been made. He called such a step-by-step approach “extremely incredible” and said it has been “discredited.”

Beatrice Fihn, executive director of the International Campaign to Abolish Nuclear Weapons, also criticized the step-by-step approach and expressed skepticism about the idea of an open-ended working group.

In an Aug. 19 e-mail to Arms Control Today, she called the idea of a working group based on consensus “useless” and said the states seeking faster disarmament progress are not pushing this idea.

Fihn said the main issue at the UN General Assembly will be how the 114 signatories of the “Humanitarian Pledge” will seek to take action to fill this gap. The document, which originated at the third conference on the humanitarian impact of nuclear weapons use, held in Vienna last December, calls on states “to identify and pursue effective measures to fill the legal gap for the prohibition and elimination of nuclear weapons.” (See ACT, January/February 2015.)

Gaukhar Mukhatzhanova of the James Martin Center for Nonproliferation Studies said in an Aug. 19 interview that it would be “interesting to watch” if an open-ended working group is established at the upcoming General Assembly meeting and if the humanitarian initiative’s leaders, such as Austria, Mexico, and Norway, are able to move the disarmament discussion beyond where it ended at the review conference.

Mukhatzhanova said that the diplomats representing the leading countries of the humanitarian movement are “regrouping.” It is unclear what they will do to advance their agenda at the General Assembly and if they will seek to hold a fourth humanitarian-impact conference, she said.