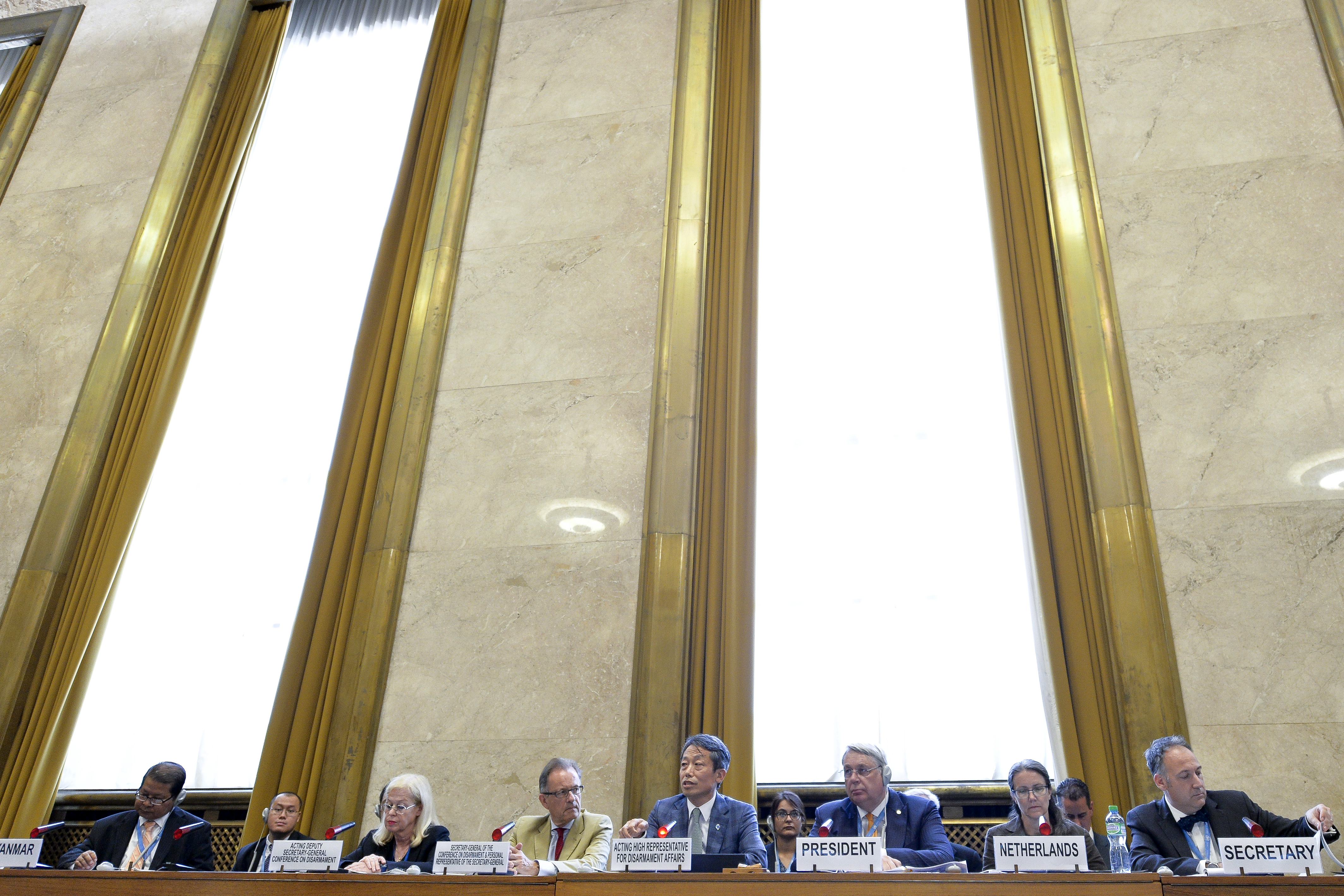 As the 65-nation Conference on Disarmament (CD) nears the end of its annual session, the body mandated to negotiate multilateral disarmament treaties remains stalemated.

Nevertheless, some member states say they think progress is being made toward a global ban on the production of fissile materials for nuclear weapons.

For the third year in a row, an informal working group could not reach consensus on any of the CD’s four core issues: nuclear disarmament, a fissile material cutoff treaty (FMCT), the prevention of an arms race in outer space, and negative security assurances.

The CD, which operates on the basis of consensus, has not negotiated a disarmament agreement since the completion of the Comprehensive Test Ban Treaty (CTBT) in 1996.

Although some member states praised the efforts of this year’s iteration of the working group, other delegations lamented the recent trend of establishing informal discussion forums.

In an Aug. 17 statement, Mexico said the three years of effort by the working groups “had not left the Conference any closer to the adoption of a programme of work” and had produced “useless outcomes.”

Similarly, Austria said that although it was open to approaches that could advance negotiations on legally binding arrangements on disarmament, it would not “accept any future attempts to lower the expectations for the CD to conduct such negotiations.”

Austria warned that it would “assess…more carefully” the wisdom of continuing to use “scarce resources for informal discussions and activities.”

Since the end of negotiations on the CTBT in 1996, Russia, the United States, and many Western countries have sought a mandate at the conference to negotiate an FMCT. But Pakistan continues to oppose the start of FMCT talks unless the negotiating mandate explicitly includes existing stockpiles of materials in addition to new production. Russia, the United States, and others oppose that approach.

In 2009 the CD approved a preliminary work plan, but the plan collapsed after Pakistan withdrew its support. Pakistan says that it has a smaller stockpile of fissile materials than India and that a production freeze would put Islamabad at a disadvantage.

In an effort to break the FMCT deadlock, the UN General Assembly First Committee, which deals with disarmament, in 2012 approved a resolution by Canada to establish a group of governmental experts to discuss how to advance negotiations on an FMCT.

The group, which consisted of 31 experts and diplomats from 25 different countries, met in Geneva over eight weeks during 2014 and 2015 under the auspices of the United Nations. The group submitted its final report to the General Assembly in May.

The group was mandated to make recommendations on the key elements of a notional FMCT. The final report summarized the group’s deliberations and outlined a range of views on a possible FMCT, most notably on the issues of existing stocks versus future production, verification, governance, entry into force, and the definition of “fissile material.”

The members of the group expressed confidence that their report and the deliberations that were the basis for it “can serve as a valuable reference for States and should be a useful resource for negotiators of a future treaty.”

Most CD members applauded the work of the group of experts, with some members characterizing the intergovernmental assessment as a potential turning point on the issue of a fissile material production ban.

In an interview with Arms Control Today last October, Rose Gottemoeller, U.S. undersecretary of state for arms control and international security, said that although an FMCT “has been a great source of tension and anxiety,” the group of governmental experts “open[ed] the floodgates for substantive discussions on this matter” and “renewed the issue for the arms control community in the Conference on Disarmament in a very positive way.”

But Pakistan, which declined an invitation to join the group, said in a June 23 statement that the group “had been an ill-conceived experiment, which had failed to produce any consensus recommendation with any substance.”

Pakistan also said another “downside” of the group was that not all nuclear-weapon states “had been represented in that forum” and that it “rejected [the group’s] report and assertion that the report could form the basis for further consideration” of an FMCT in the CD.