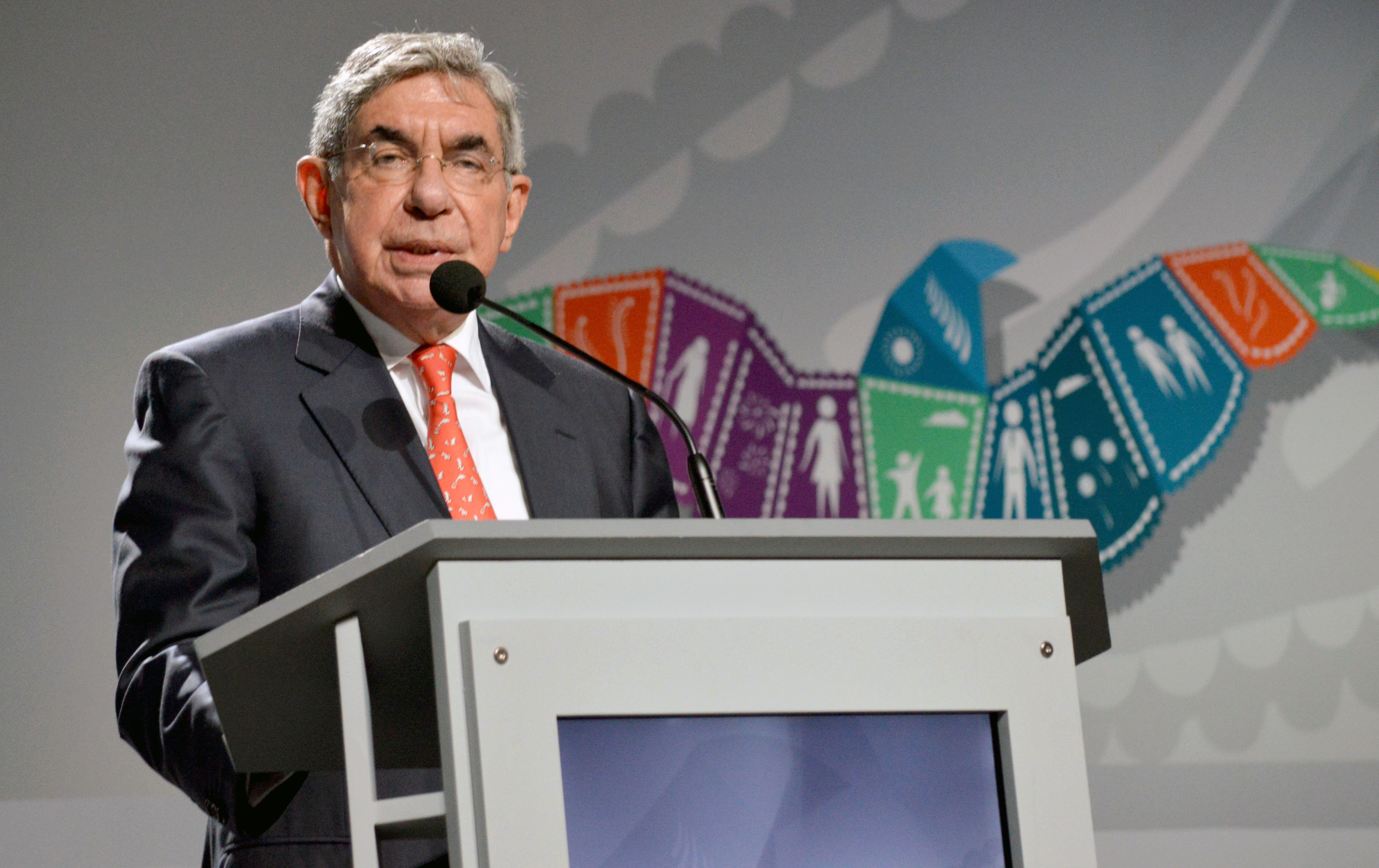 Held in the Mexican city of Cancún, the first conference of states-parties to the ATT picked Geneva as the site of the organization’s headquarters, chose Simeon Dumisani Dladla of South Africa as the interim leader of the treaty’s secretariat, and decided that major decisions about implementation will require a two-thirds majority.

But the conference postponed a decision on the key issue of what participating countries will be required to report about their arms transfers, disappointing activists seeking to curb the weapons that fuel civil conflict and crime worldwide.

The ATT, adopted by the UN General Assembly in April 2013, entered into force in December 2014. A key requirement of the pact is that countries develop national reporting systems on the import, export, and diversion of conventional arms.

The ATT “offers the promise of a more peaceful world,” said UN Secretary-General Ban Ki-moon in a video message on Aug. 24, the first day of the conference. “I commend those states that are promoting responsible arms transfers, and I salute civil society for pushing this process from the very beginning.”

The differences between the governments seeking to regulate the often lucrative arms trade according to international norms and the governments and civil society groups seeking to curtail the arms transfers that stoke deadly conflicts around the world emerged in opening statements from attendees.

“I am concerned about the gap...between the duty to ensure respect for international humanitarian law in arms transfers and the actual transfer practices of too many states,” said Peter Maurer, president of the International Committee of the Red Cross, in another Aug. 24 video address to the conference.

“Every year, millions of ordinary people have their lives devastated by conflict in war-torn countries such as Yemen and South Sudan, as well as in areas of high armed violence such as Latin America and the Caribbean,” said Anna Macdonald, director of Control Arms, a global coalition of civil society groups seeking to control the weapons trade.

But in an Aug. 25 statement, Thomas Countryman, U.S. assistant secretary of state for international security and nonproliferation and leader of the U.S. delegation, said the roles of governments and civil society at the Cancún meeting were not the same.

“We are here to breathe life into this Treaty by standing up its international operation,” he said. Countryman added that the ATT “contains obligations for States Parties, not for other entities. The decisions made here must reflect this fact. Civil society and industry played important roles during the negotiation, but neither one can join the Treaty. Only States Parties can.”

Civil society groups could not persuade treaty participants to agree on a common template for reporting arms transfers or on mandatory disclosure of the reports. Activists said a failure to adopt those elements would undermine the treaty’s goals.

“Without having external eyes looking on the [arms] trade, you have the risk of setting up a cozy club where everybody agrees not to rock the boat too much,” said Roy Isbister of Safer World, a UK group that seeks to prevent violent conflicts, in an Aug. 19 interview with Arms Control Today.

The ATT, first proposed by a group of Nobel Peace Prize laureates in 1997, has been ratified by 72 countries, including five of the world’s top 10 arms exporting countries. The United States, by far the largest arms producer and exporter, is among 58 additional countries that have signed but not ratified the treaty.