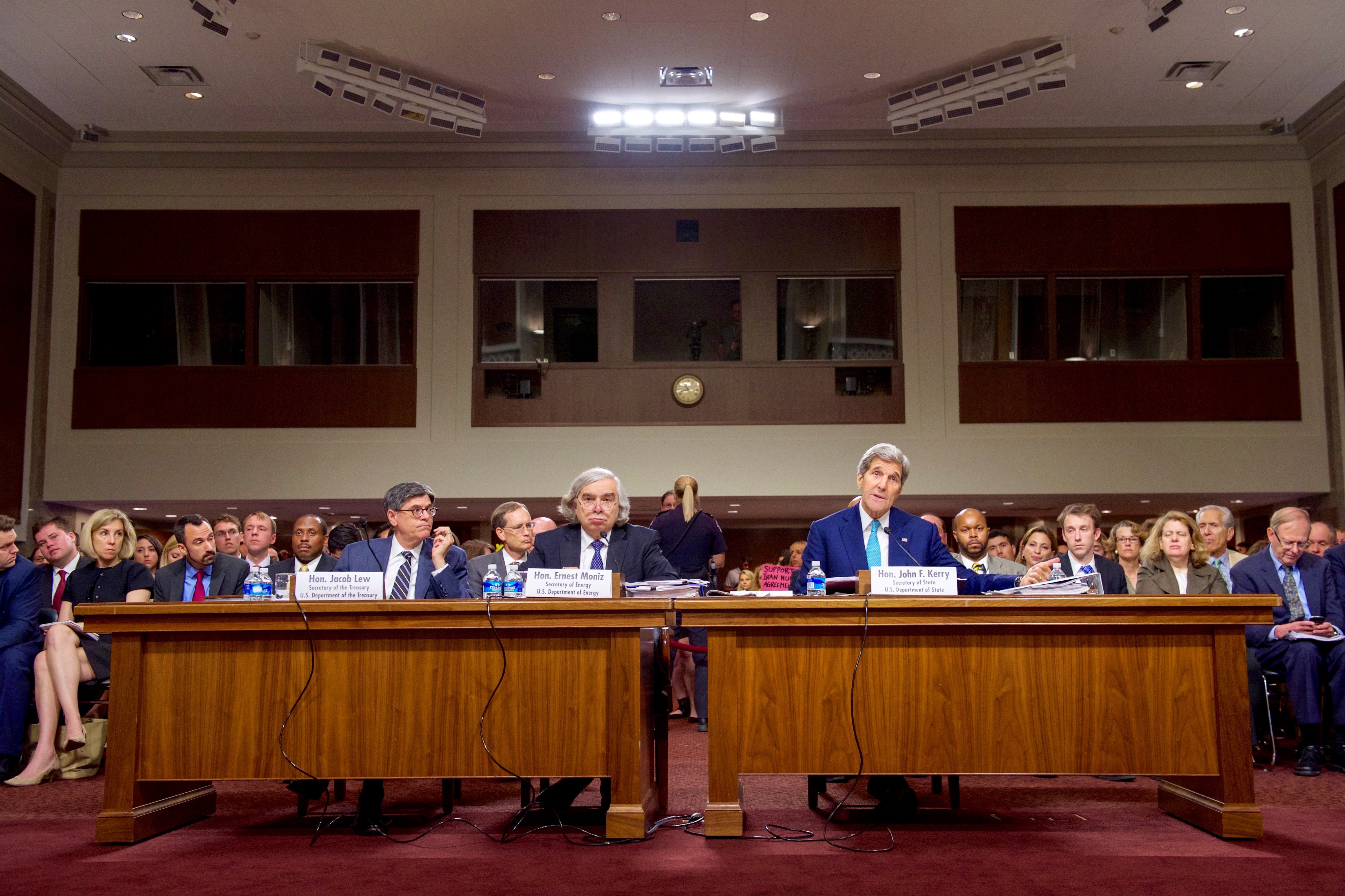 The Senate’s top two Democrats are split on supporting the nuclear deal reached by Iran and six world powers in July, but with Democratic support solidifying behind the agreement over the past month, it appears unlikely that Congress will be able to block the White House from implementing the deal.

Senate Minority Leader Harry Reid (D-Nev.) announced his support for the deal Aug. 24, saying he will do “everything in his power” to defend it. But Senate Democratic Whip Charles Schumer (N.Y.) said in an Aug. 7 statement that he would vote against the deal because of what he perceived as “serious weaknesses” in it.

Iran and the six powers, known collectively as the P5+1 (China, France, Germany, Russia, the United Kingdom, and the United States), reached the July 14 agreement after 20 months of negotiations.

In an Aug. 4 speech at American University, President Barack Obama said that the deal “cuts off all of Iran’s pathways to a bomb” and contains the “most comprehensive inspection and verification regime ever negotiated” to monitor Tehran’s nuclear activities (see box). In return, Iran will receive relief from U.S., EU, and UN nuclear-related sanctions.

Congress has until Sept. 17 to review the deal and decide if it will vote on a resolution of approval or disapproval. A congressional vote to disapprove the deal would prevent the president from waiving certain sanctions on Iran that the United States committed to waiving as part of the agreement. (See ACT, June 2015.)

Passage of a resolution of approval or disapproval requires a simple majority. Overriding a presidential veto, which Obama has said he will exercise if Congress votes down the deal, requires a two-thirds majority in the House and Senate.

As of Aug. 31, 29 Democrats and two independents have publicly said they would support the agreement, three shy of the 34 necessary to sustain a veto in the Senate. Of the 15 remaining Senate Democrats, two have opposed the deal, Schumer and Robert Menendez (N.J.), and the other 13 have not publicly indicated their position. None of the 54 Senate Republicans have endorsed the deal.

If implementation of the deal proceeds according to schedule, Iran and the P5+1 will begin taking steps to implement their respective commitments in October.

Some lawmakers opposing the deal, including Menendez, argue that a stronger deal is possible. In an Aug. 18 speech at Seton Hall University announcing his opposition, Menendez said the United States could still get a better deal by leaving the November 2013 interim agreement in place and strengthening sanctions to put more pressure on Iran to further reduce its nuclear program.

But in an Aug. 23 e-mail to Arms Control Today, an official from a European country involved in the negotiations dismissed the argument that the P5+1 can return to the negotiating table. He said it is “ludicrous for the U.S. Congress to think Europe will meekly follow Washington” and impose harsher sanctions if the deal is rejected. He said it is “even more ludicrous” to assume that Iran will be willing to re-engage in talks after the international community endorsed the deal.

The UN Security Council unanimously endorsed the agreement on July 21 in a resolution that laid the groundwork for lifting UN sanctions when the deal is implemented and set up a mechanism for reimposing sanctions if Iran violates its commitments.

The European official said that the deal is the “best chance to rein in Iran’s nuclear program.” Washington’s “credibility is on the line,” he said, and a rejection of this deal could “damage the prospects of future negotiations with Iran.” 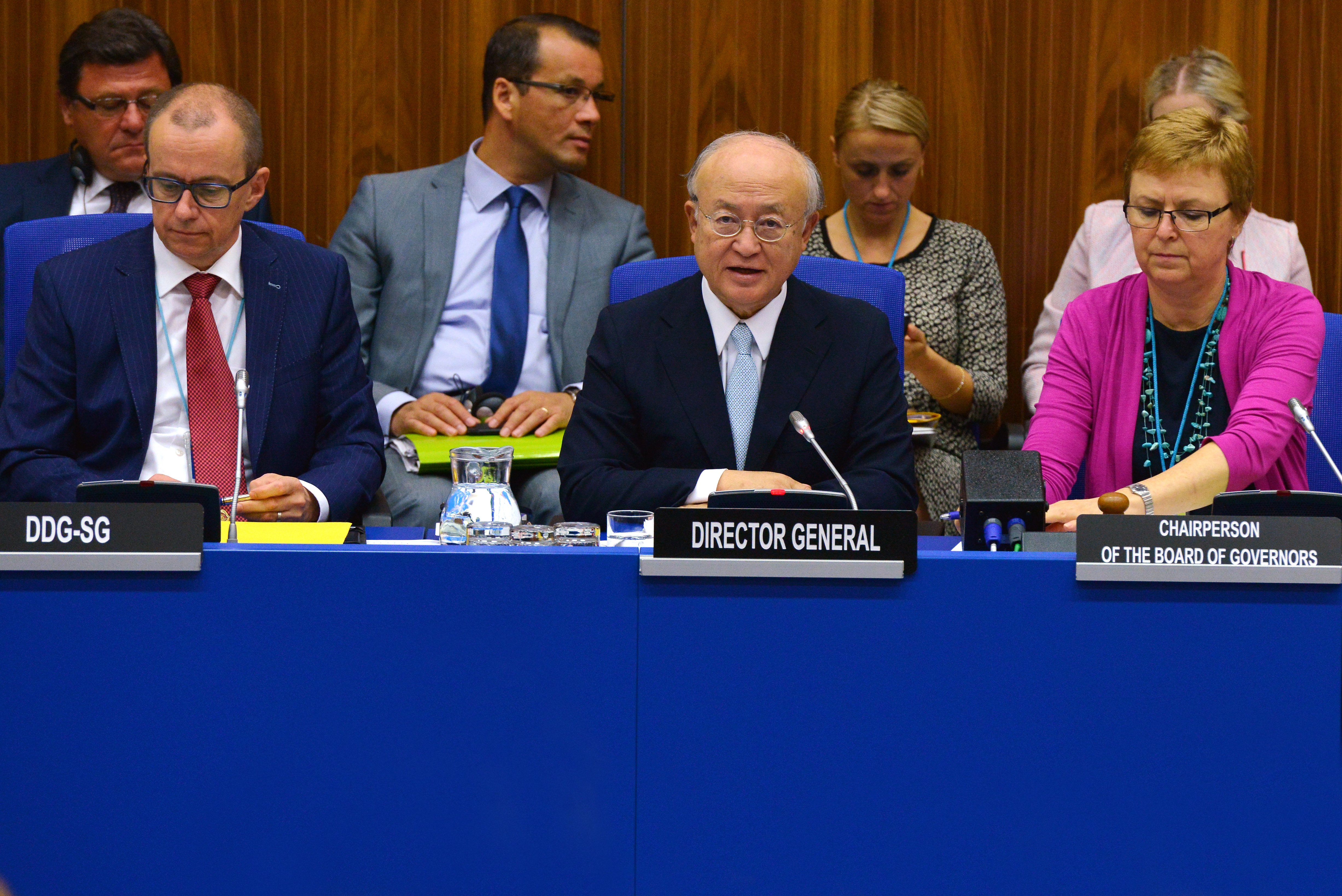 Other members of Congress say they oppose the deal because it is not strong enough. Schumer pointed to the inspections regime, which he says should give “anytime, anywhere” access to inspectors, as a reason to oppose the deal.

Under the terms of the agreement, inspectors from the International Atomic Energy Agency (IAEA) will continuously monitor some of Iran’s nuclear facilities. Iran is required to provide them with access to all declared nuclear sites in as little as two hours.

Iran also is to implement and then ratify the additional protocol to its safeguards agreement, which, among other things, allows the IAEA to request access to any area, including military sites, to investigate evidence of illicit nuclear activities. In these cases, Iran can take some steps to protect sensitive information.

As an additional measure to ensure that Iran complies with any IAEA request for access to an undeclared site, the nuclear deal gives Iran and the IAEA 14 days to work out an access arrangement to allow inspectors to visit a site. If Tehran and the agency are unable to do so, a commission set up under the deal will have seven days to consider the access request and issue a decision.

If Iran does not implement the commission’s ruling within three days, any of the P5+1 countries can go to the Security Council to reimpose sanctions. Thus, under this process, inspectors would be granted access within 24 days.

U.S. Energy Secretary Ernest Moniz said in a July 22 interview with Politico that it is “essentially impossible” for Iran to clean up illicit activities involving nuclear materials with any degree of confidence during the time before IAEA inspectors are able to visit a site. As part of its technical work to support the negotiations, the Energy Department conducted experiments with uranium and “unsuccessfully probed the limits of trying to clean it up” within 24 days, Moniz said.

Another reason for confidence in the deal’s ability to constrain Iran is the monitoring and verification regime it establishes, Moniz said. Under that regime, he said, Iran would have to replicate an entire nuclear supply chain to pursue an illicit program, and only “one weak link” is needed to indicate undeclared nuclear activities.

An IAEA press release announced that Iran had submitted information on Aug. 15 to answer questions and provide information for the agency’s investigation into Iran’s past work that is suspected of having been related to nuclear weapons development.

Iran maintains that its nuclear program is entirely peaceful.

The Aug. 15 deadline for the submission of information by Iran was established in a July 14 Iran-IAEA agreement that is separate from the deal between Iran and the P5+1, but the text of that deal says sanctions relief is dependent on Iran’s cooperation with the IAEA probe.

At a special Aug. 25 meeting of the IAEA Board of Governors to discuss monitoring and verification of Iran’s adherence to that deal in Iran and request funding for carrying out the measures, IAEA Director-General Yukiya Amano said that Tehran provided “explanations in writing, and related documents, for the clarification of past and present outstanding issues.”

Under the Iran-IAEA agreement, the agency has until Sept. 15 to evaluate the information recently provided by Iran and ask additional questions. Iran will have until Oct. 15 to respond. By Dec. 15, the IAEA aims to complete its assessment of the past Iranian activities allegedly related to nuclear weapons development. 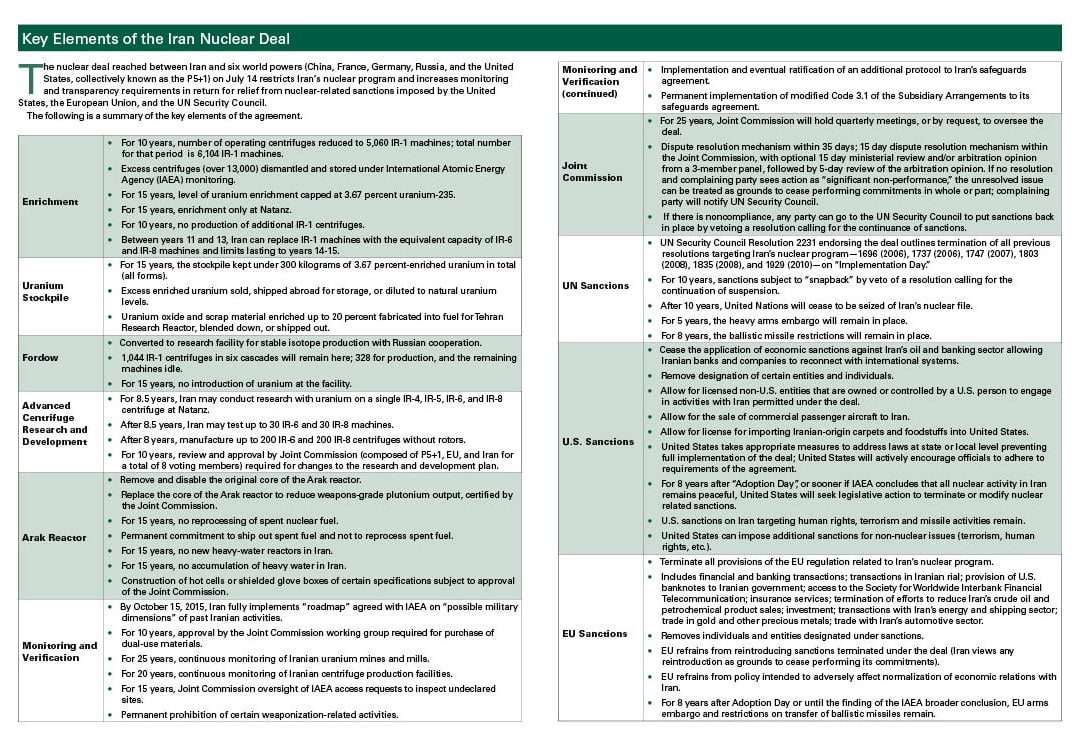