Last Saturday, Oct. 24, Honduras became the 50th state to ratify the 2017 Treaty on the Prohibition of Nuclear Weapons (TPNW), which will trigger the treaty’s entry into force ninety days later, on January 22.

Coming at a time when nuclear weapons risks are rising, the TPNW marks a new hopeful phase in the long-running struggle to prevent nuclear war and eliminate nuclear weapons.

For the first time since the invention of the atomic bomb, nuclear weapons development, production, possession, use, the threat of use, and stationing of another country’s nuclear weapons on a state party's national territory are all expressly prohibited in a global treaty. It is a rare piece of good news in a very difficult year.

The Arms Control Association congratulates the 122 states that led the way to the treaty’s negotiation and opening for signature in 2017 and we applaud the many civil society campaigners who worked tirelessly to advance the effort. We are honored to have contributed ideas in the negotiating conferences and to have worked alongside the leaders of the “humanitarian” initiative that gave rise to the treaty.

The treaty is a powerful and necessary challenge to the incorrect and dangerous orthodoxy that suggests military postures which threaten the use of nuclear weapons can be perfectly managed, even in a crisis. By strengthening the international legal structure and political norm against nuclear weapons possession and use, the TPNW delegitimizes nuclear weapons as instruments of power.

Now that the treaty exists, we call on all states—whether they are prohibition treaty opponents, supporters, skeptics, or undecideds—to live with it responsibly and find creative ways to move forward together on advancing new and effective disarmament measures. We urge the United States and other nuclear-armed states to publicly recognize its arrival as a good faith effort by the majority of the world’s nations to eliminate the nuclear danger and build up the legal framework for nuclear weapons' eventual elimination.

To borrow a phrase from the Reverend Dr. Martin Luther King: "the arc of history is long, but bends toward justice"—and clearly, history doesn't bend toward justice on its own. The TPNW bends the history of nuclear weapons in the right direction.

As the clock ticks down toward the Feb. 2021 expiration date for the New Strategic Arms Reduction Treaty (New START), the last remaining treaty limiting the world’s two largest nuclear arsenals, U.S. and Russian diplomats have not yet reached an agreement on the way forward. At this point, a pre-election agreement looks very unlikely.

In the past couple of weeks, each side modified its positions but substantial differences remain. In response to Trump’s 11th-hour proposal, Putin proposed a “clean” extension of New START “for at least one year” and a political statement pledging a one-year freeze on warheads, but the Trump administration is insisting on an agreement on verification of that freeze before agreeing to extend New START.

ACA experts have provided analysis and commentary throughout the rapid-fire back-and-forth between the U.S. and Russian sides. Our director for disarmament policy, Kingston Reif, noted in The Wall Street Journal on Oct. 20 that negotiating the verification arrangements for such a freeze is tricky and time-consuming.

“A freeze on all warheads has never been done before. Defining and verifying such a freeze is far from a simple matter,” he said.

Daryl Kimball told the Associated Press that “a one-year politically binding warhead freeze could be a useful confidence-building measure if combined with a one-year New START extension, with the option of an additional extension adding up to a total of five years.”

Arms Control Association leaders, including Board Chairman Thomas Countryman, argue that a five-year, clean extension of New START would provide a foundation and the time for follow-on discussions and agreements to address unconstrained nuclear warheads and see ways to involve other nuclear-armed states, including China, the U.K., and France, in the arms control and disarmament process.

No matter who occupies the White House in 2021, the next U.S. administration and other world leaders will need to move quickly to make decisions on a range of key issues. These decisions and outcomes—and the efforts we make to influence them—will shape the international security landscape for years to come.

Our virtual, interactive global gathering of members, friends, colleagues, and policymakers this year will examine the challenges and approaches for steering arms control and disarmament efforts back on course in the coming decade.

The online event will take place from 12:30 pm to 3:00 pm on Tuesday, December 1, with keynote speakers and interactive breakout sessions on topics including

Registration is free of charge, but we invite you to become an event sponsor or join the Arms Control Association as a member to support efforts on these critical issues.

The Arms Control Association in Action

Our ACA board of directors experts remain engaged in efforts to advance arms control, peace, and security. Here is a sampling of some of their recent activities:

The Arms Control Association has a long history of fostering fabulous interns who go on to excellent work in the field. We are now working to strengthen our program and offer internship opportunities to a more diverse set of students and recent graduates with the goal of developing a robust next generation to further arms control solutions. In order to do this, we believe it is essential to offer paid internships. This summer, we first offered a paid part-time virtual internship, and this fall we have two paid part-time interns. 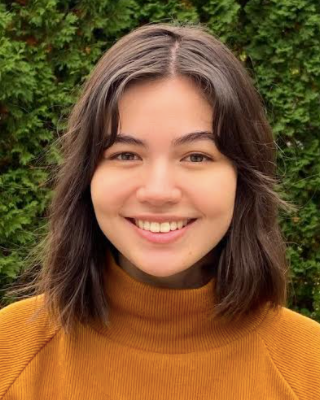 Anna Kim, a May 2020 Tufts University graduate who has interned in the offices of Sen. Ed Markey and Rep. Joe Kennedy, worked as a research assistant at Fletcher's Center for Strategic Studies, and served as managing editor for Tuft's Hemispheres Journal of International Affairs, is a policy, research, and communications intern. 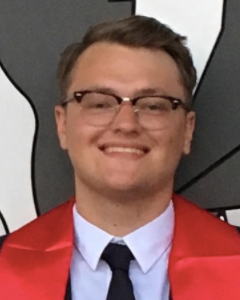 We hope to further expand our internship program to include a full-time intern and we are especially looking forward to welcoming interns to work in our Washington, DC office as soon as that is possible.

Your financial support for our internship program can help us to offer paid full-time internships and bring vital new energy to continue the mission of the Arms Control Association in the coming generations.

To support the further development of our ACA internship program, please donate today.

This week, the U.S. Campaign to Ban Landmines-U.S. Cluster Munition Coalition released a memo to the next U.S. president demanding a reversal of changes made in the past three years that have moved the United States further from support of international agreements banning anti-personnel mines and cluster munitions. The Arms Control Association’s Daryl Kimball is a member of the Coalition’s steering committee.