“It will take all of us working together – government officials, and diplomats, academic experts, and scientists, activists, and organizers – to come up with new and innovative approaches to strengthen transparency and predictability, reduce risk, and forge the next generation of arms control agreements.”
– Wendy Sherman
U.S. Deputy Secretary of State
June 2, 2022
Russia Warns Time Running Out for New START | U.S.-Russian Nuclear Arms Control Watch

Authored by Kingston Reif and Shannon Bugos on January 23, 2020

Russian officials repeated in late December and early January President Vladimir Putin’s call for extending the New Strategic Arms Reduction Treaty (New START) as soon as possible, though Washington continues to remain silent on the future of the accord, which is scheduled to expire in just over 12 months.

Acting Deputy Foreign Minister Sergey Ryabkov commented in a Dec. 26 interview that “we might end up under intense time pressure” if the Trump administration maintains its silence on the future of the treaty. “We would not like to be forced to bring the attention of the Trump administration to this matter as the [presidential] election campaign reaches its peak,” he said.

The following day, Acting Foreign Minister Sergey Lavrov said that an extension requires the Russian Federal Assembly to “complete certain procedures,” and the time needed to do so is running short.

“We suggest extending the New START Treaty without any preconditions,” Lavrov reiterated during a Jan. 17 news conference.

The Trump administration has yet to make a decision on whether to extend New START and is instead focused on a more comprehensive approach that covers additional types of Russian nuclear weapons and also includes China. The administration has to date provided few details about its goals for a multilateral accord or strategy for achieving it.

“[I]t is vital that nuclear arms control adapt itself to the modern strategic environment; we are committed to involving both Russia and China…by negotiating a trilateral nuclear arms control agreement,” said Assistant Secretary of State for International Security and Nonproliferation Christopher Ford in a Dec. 13 speech in Brussels.

Ford tweeted Dec. 20 that the United States has invited China “to begin a strategic security dialogue on nuclear risk reduction and arms control and their future.”

In comments to reporters Jan. 21, Amb. Robert Wood, the U.S. permanent representative to the Conference on Disarmament in Geneva, claimed that Washington and Moscow had reached an “understanding” about pursuing trilateral talks with China. “Hopefully over time and through the influence of others besides the United States, they (China) will come to the table,” he said.

But China continues to express its opposition to trilateral talks with the United States and Russia.

“This position is very clear and has been widely understood by the international community including Russia,” Chinese Foreign Ministry spokesperson Geng Shuang told reporters Jan. 22. “The U.S. constantly makes an issue of China on this to dodge and shift its responsibilities for nuclear disarmament.”

Lavrov lamented Jan. 17 that the Trump administration “is not providing any final response” on New START and “constantly introducing the subject of involving the People’s Republic of China in these talks.” He characterized as “incomprehensible” U.S. entreaties to Moscow to “undertake to talk China into responding to the U.S. proposal” for multilateral talks.

“We respect the Chinese position, and we won't persuade China to change it,” he said.

Lavrov added that extending New START is necessary “so that there would be some insurance policy in place, while they [the United States] were trying to launch a new multilateral negotiating process.”—KINGSTON REIF and SHANNON BUGOS

Trump administration officials have issued contradictory statements about U.S. goals for a trilateral arms control agreement with Russia and China.

President Donald Trump, during an Oct. 22 interview with FOX News’ Sean Hannity, stated that the United States, Russia, and China “should all get together and work out something—a cap, have a cap. We don’t need 10,000 weapons.”

Ford has reiterated that goal, telling the Senate Foreign Relations Committee Dec. 3 that President Trump “directed” him to “pursue a trilateral cap on the arsenals of all three powers [the United States, Russia, and China].”

A week later, however, during a Dec. 10 press conference alongside Lavrov, Secretary of State Mike Pompeo argued that the “objective” is not about a “cap” on “any one country at any particular level.” Instead, it is about developing “a set of conditions” that would create “global strategic stability.”

Lavrov echoed Pompeo’s comments, saying in a Dec. 22 interview that the Trump administration “did not insist on arms control or reduction” with China “but would rather like to discuss a set of mutually acceptable conditions, transparency, and rules of behavior.”

Russian Acting Defense Minister Sergei Shoigu announced Dec. 27 that “the Avangard strategic missile system has been put on combat duty.” Later that day, Gen. Sergei Karakayev, chief of the Strategic Missile Forces, said it was deployed to the town of Yasny in the Orenburg region.

A few days earlier, Dec. 24, Putin boasted during a meeting with the Defense Ministry that “this weapon of the future can penetrate both the existing and any future missile defense systems.” He also stated that “not a single country possesses hypersonic weapons.” Russia, therefore, is in “a unique situation in our new and recent history. They try to catch up with us,” he argued.

Avangard is one of the two new strategic-range nuclear weapon delivery systems that Russia said in November would be covered by New START.

Hyten Outlines the Positives and Negatives of New START

Vice Chairman of the Joint Chiefs of Staff Gen. John Hyten earlier this month spoke to the benefits of New START but declined to share his advice to the Trump administration regarding the future of the treaty.

“If you're the STRATCOM commander, New START is really important,” Hyten, the former STRATCOM commander, said during a Jan. 17 event at Center for Strategic and International Studies in Washington. “It allows you to posture your force and understand what you have to do in order to deter the adversary, Russia in this case, and tells you what you have to do. It also gives you insight into the Russian nuclear forces because of the verification regime.”

However, Hyten then outlined what he viewed as two “negative piece[s]” of the treaty: that it does not include China or “all the weapons that Russia is building that aren't under the New START treaty,” including the new strategic weapons revealed by Putin in March 2018 and Russia’s larger arsenal of lower-yield nonstrategic nuclear weapons.

Hyten last spoke on New START during a February 2019 hearing before the Senate Armed Services Committee. As the then head of STRATCOM, he called himself a “big supporter of the treaty” but voiced concerns about new strategic weapons under development by Moscow.

Following the December test by the United States of a ground-launched, intermediate-range ballistic missile, President Putin said Dec. 24 that “the tests of intermediate-range missiles carried out by the Pentagon in August and December confirm that the U.S. is working on missile systems that were prohibited under the INF Treaty when it was in effect.”

“We must monitor the potential deployment of U.S. missiles of this class around the world, but first of all in Europe and the Asia-Pacific region,” he continued.

Secretary of Defense Mark Esper has previously suggested that he would like to see the deployment of U.S. conventional, ground-launched, intermediate-range missiles in Europe and Asia, though U.S. allies have not appeared eager to host them.

Ryabkov reiterated Putin’s charge in a Dec. 26 interview. The test, he said, was “enabled by technology…which was earlier used to launch target missiles” for the U.S. missile defense program. “Again, we were proved right, and we received proof, direct proof of what we had been talking about for many years.”

Russia has long claimed that the United States violated the INF Treaty in the past by using targets for missile defense tests with similar characteristics to treaty-prohibited missiles.

The 1987 INF Treaty led to the elimination of 2,692 U.S. and Soviet nuclear and conventional, ground-launched ballistic and cruise missiles having ranges between 500 and 5,500 kilometers. The United States formally withdrew from the treaty Aug. 2, 2019.

President Trump cited his “exclusive constitutional authorities as Commander in Chief” as the basis for potentially not complying with arms control-related provisions of the National Defense Authorization Act (NDAA) for fiscal year 2020.

Trump signed the NDAA Dec. 20 but released a statement arguing that the act “includes several provisions that raise constitutional concerns.”

One of the provisions objected to by Trump requires the administration to notify Congress 120 days before the provision of notice of any intent to withdraw from the Open Skies Treaty. In response, Trump emphasized “the longstanding understanding of the executive branch that these types of provisions encompass only actions for which such advance certification or notification is feasible and consistent with the president’s exclusive constitutional authorities as Commander in Chief and as the sole representative of the Nation in foreign affairs.”

The Trump administration has indicated that it may withdraw from the agreement if its concerns about the pact are not addressed.

Russia has expressed its desire to maintain the treaty. “We consider this treaty to be an important confidence building measure for enhancing transparency in the military area,” Lavrov said Jan. 17. “Russia will do all it can to maintain it.”

The Open Skies Treaty entered into force in 2002 and has 34 states-parties. It allows unarmed aerial observation flights over the entire territories of its participants for information-gathering purposes, and the parties have annual quotas on overflights and must make the information they acquire available to all treaty parties.

Trump also raised a concern about a provision in the NDAA requiring assessments from the administration on the status of consultations with U.S. allies on the INF Treaty and Russian noncompliance with the accord. The president claimed that the section attempted to “mandate or regulate the dissemination of information that may be protected by executive privilege.”

The latest round of a Strategic Security Dialogue between the United States and Russia concluded in Vienna Jan. 16 with only brief statements to the press by each side concerning topics of discussion.

According to a statement from the State Department, Assistant Secretary of State for International Security and Nonproliferation Christopher Ford—who has been delegated the responsibilities of the undersecretary of state for arms control and international security—met with Acting Russian Deputy Foreign Minister Sergey Ryabkov. They discussed “nuclear stockpiles and strategy, crisis and arms race stability, and the role and potential future of arms control, including the importance of moving beyond a solely bilateral format.”

Ford and Ryabkov agreed to continue the dialogue in addition to beginning “expert-level engagement on particular topics in the near future,” though they did not set a date for the next round of talks. The U.S. readout did not mention New START.

The two sides last held talks on strategic stability in Geneva in July 2019.

Speaking to the press after the talks, Ryabkov remarked that the talks were “difficult” and said Russia does not have a clear understanding of Washington’s overall strategic plan for arms control.

In a tweet after the discussion, Ford commented that “these exchanges can help reduce nuclear risks. China’s silence will not.” The latter remark suggests that China has not responded to Ford’s Dec. 20 invitation to begin a strategic security dialogue on arms control.

After the meeting in Vienna, Ford traveled to Brussels Jan. 17 to brief NATO on the outcome of the talks with Russia. The State Department has yet to release a statement on those discussions.

On Dec. 29, Presidents Trump and Putin had a call, though details of the discussion were not shared.

According to a pool report, the two “discussed the state of relations between the United States and Russia and future efforts to support effective arms control.” 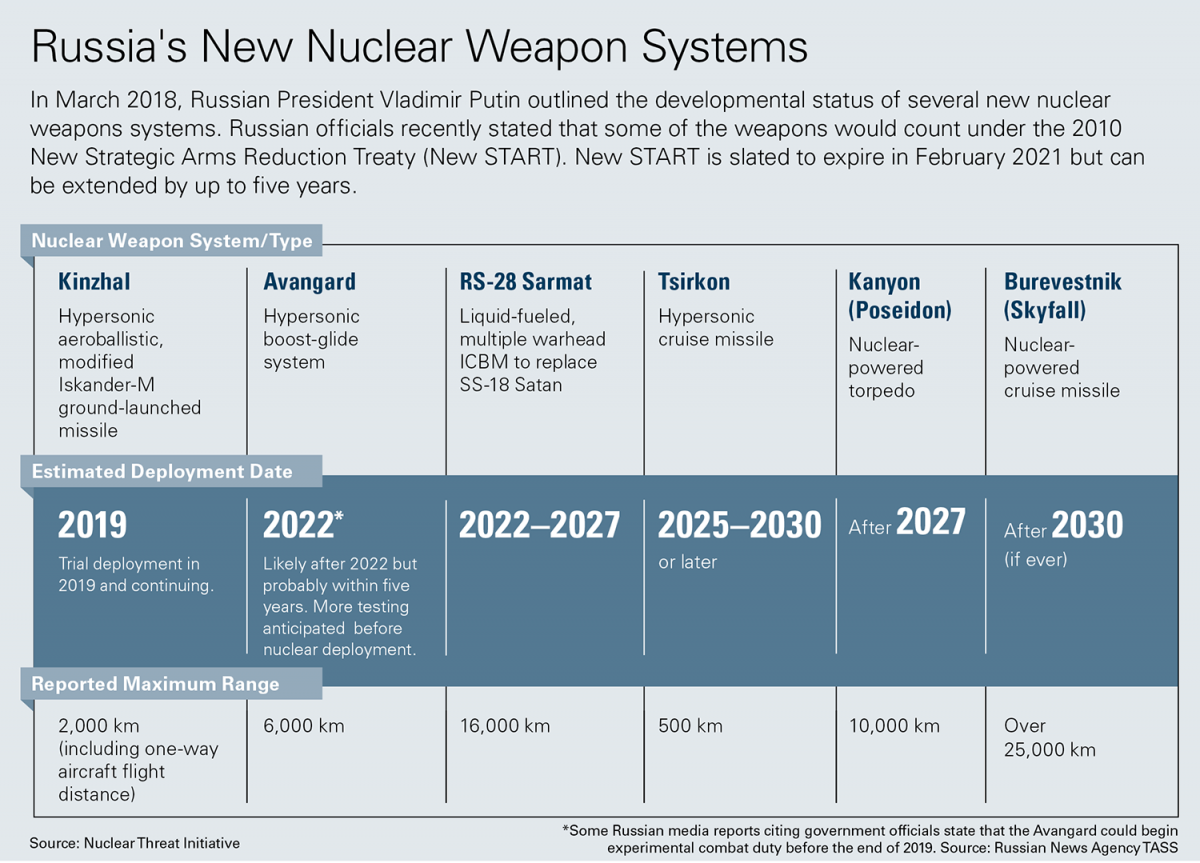