“Your association has taken a significant role in fostering public awareness of nuclear disarmament and has led to its advancement.”
– Kazi Matsui
Mayor of Hiroshima
June 2, 2022
Trump Officials Threaten Open Skies Treaty

The Trump administration reportedly alerted NATO allies in mid-November that the United States may withdraw from the Open Skies Treaty unless its concerns regarding Russian compliance are allayed. 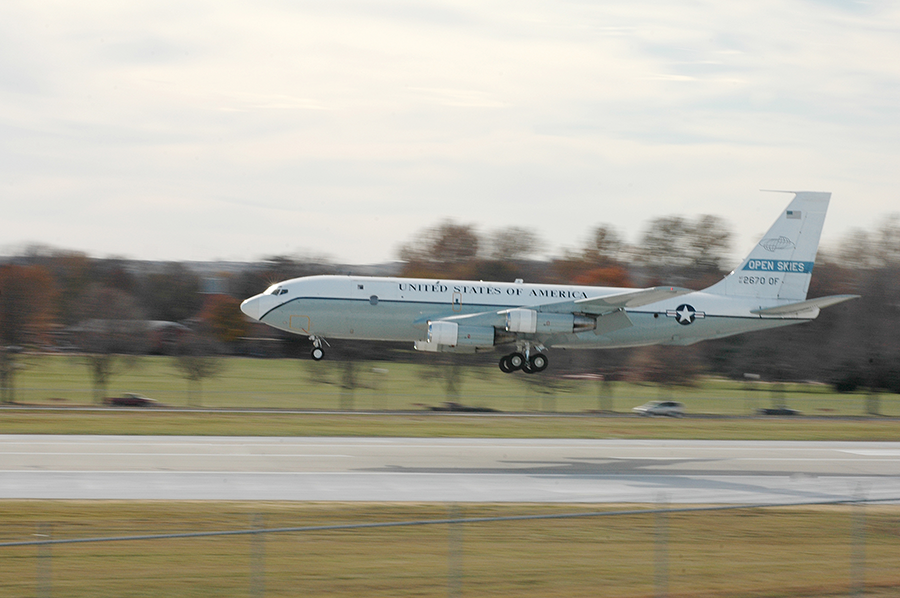 According to a Nov. 21 report in Defense News, Trump administration officials raised several concerns about the treaty at a meeting with NATO partners in Brussels and asked allies to provide their assessment of the benefits and risks of the treaty.

The Open Skies Treaty, which entered into force in 2002 and has 34 states-parties, aims to increase confidence in and transparency of military activities, particularly in Europe, by allowing unarmed aerial observation flights over the entire territories of its participants for information-gathering purposes. The parties have annual quotas on overflights and must make the information they acquire available to all treaty parties.

U.S. critics of the treaty have raised concerns about Russian compliance with the treaty, citing, in particular, Russia’s refusal to allow observation flights within 500 kilometers of Kaliningrad or within a 10-kilometer corridor along Russia’s border with the Georgian border-conflict regions of South Ossetia and Abkhazia. The United States has reciprocated by restricting flights over the Pacific Fleet in Hawaii and the missile defense interceptor fields in Fort Greely, Alaska. Critics have also argued that Russia is using treaty flights to collect intelligence on critical U.S. military and civilian infrastructure and that the flights are redundant for the United States because Washington has the most advanced reconnaissance capabilities of any country.

The administration’s threat to withdraw from the treaty, first publicized on Oct. 7 in a letter from House Foreign Affairs Committee Chairman Eliot Engel (D-N.Y.) to National Security Advisor Robert C. O’Brien, has prompted an outpouring of support for the agreement from allies and other treaty partners. (See ACT, November 2019.)

“A well-functioning Open Skies Treaty contributes to the ability to hold states, including the Russian Federation, accountable for breaches against the norms and principles that underpin the European security architecture. The treaty is vital as one of very few remaining confidence and security building measures,” Hultqvist wrote.

Rep. Jimmy Panetta (D-Calif.) introduced legislation on Nov. 18, co-sponsored by Reps. Don Bacon (R-Neb.), Alcee Hastings (D-Fla.), and Jeff Fortenberry (R-Neb.), to prevent President Donald Trump from unilaterally withdrawing from the pact. “In discussions with the Pentagon, I know the Defense Department values our continued participation in this treaty, and I have yet to hear a compelling reason to end our participation,” Bacon said in a statement accompanying the act’s introduction. The legislation would require the administration to certify that exiting the treaty would be in the U.S. national security interest before it acts to withdraw.

That same day, Engel and House Armed Services Committee Chairman Adam Smith (D-Wash.) wrote to O’Brien “seeking clarity regarding the administration’s intentions” toward the treaty. They expressed concern “that the White House may have used biased analysis as it pertains to potential treaty withdrawal, failing to ensure an objective process and neglecting to properly coordinate with the departments and agencies responsible for the treaty’s implementation.”

On Nov. 19, the House Foreign Affairs Subcommittee on Europe, Eurasia, Energy, and the Environment held a hearing titled “The Importance of the Open Skies Treaty.” The witnesses included Amy Woolf, a specialist in nuclear weapons policy at the Congressional Research Service; Jon Wolfsthal, director of the Nuclear Crisis Group and senior adviser at Global Zero; and Damian Leader, former chief arms control delegate for the U.S. Mission to the Organization for Security and Co-operation in Europe.

The fiscal year 2020 National Defense Authorization Act, approved by Congress in December, requires the secretaries of defense and state to notify Congress at least 120 days before a U.S. notification of an intent to withdraw from the treaty. The bill also funds continuing efforts to replace the aging U.S. OC-135B aircraft that the United States uses for Open Skies Treaty flights.