The New Strategic Arms Reduction Treaty (New START) contributes substantially to the U.S. national security by providing limits, verification, predictability, and transparency about Russian strategic nuclear forces. New START limits the U.S. and Russian strategic nuclear warheads and delivery systems and contains a robust set of verification and transparency measures, including extensive exchanges of data, notifications regarding the number and status of each side’s strategic offensive arms and facilities, and on-site inspections to confirm that data. 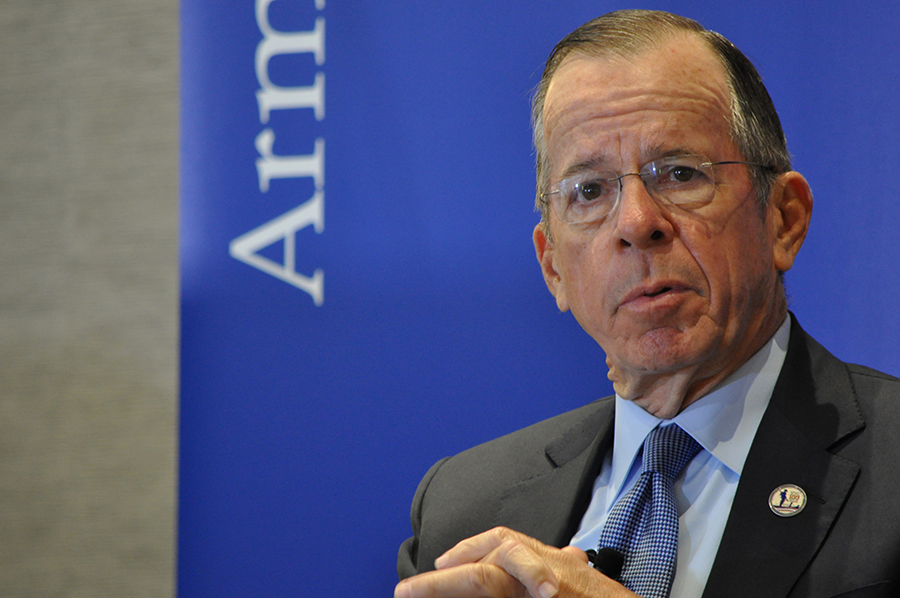 As of August 2019, the United States and Russia have exchanged approximately 18,500 notifications; and U.S. inspectors have conducted more than 150 on-site inspections in Russia, providing us a high confidence that Russia is complying with the treaty’s limits and other provisions and vice versa. New START also contains provisions to facilitate the use of national technical means for treaty monitoring. Indeed, without the treaty and its verification provisions, we would be flying blind.

It is strongly in the U.S. national interest to extend New START for five years so that the United States and Russia can continue to realize the mutual benefits and stability it provides. I support a straightforward extension of the treaty; measures that change or add new obligations to the treaty, such as bringing in another country like China or new categories of weapons such as nonstrategic nuclear weapons, cannot, as a legal matter, be pursued through the extension. Such measures would require a new agreement and a new Senate advice-and-consent process.

That said, it is certainly appropriate for the United States to seek an understanding with Russia about how the treaty will apply to any new strategic systems it deploys while the extended treaty is in force. This can be done in the treaty’s Bilateral Consultative Commission (BCC).

Some specific concerns have been raised in the United States in the debate over the extension of New START: Russia’s new systems and bringing China into the negotiations. New START will apply to the new strategic weapons systems Russia is most likely to deploy during the treaty’s extended lifetime, and it provides the best means for discussing Russia’s novel and emerging systems that could be deployed later. In the near term, we have very effective means to address the new Russian strategic systems that are most likely to be deployed in the next five years, and that is to extend New START. Both the Sarmat heavy intercontinental ballistic missile (ICBM) and the Avangard hypersonic vehicle deployed on a Russian ICBM will be accountable under the treaty, as recently confirmed by Russian Foreign Minister Sergey Lavrov and by Russia’s BCC commissioner. Getting that commitment in writing in the context of extension would be a great accomplishment for the administration.

With respect to other strategic systems that are much less likely to be deployed during the lifetime of an extended New START, the treaty includes a provision stating a party can raise questions in the BCC about the emergence of a new kind of strategic offensive arms.

Any additional agreements the United States wants to pursue with Russia or other countries, such as China, will have a better prospect for success if the foundation of New START remains in place. It is critical to conduct a strategic stability dialogue with China, pursue transparency and confidence-building measures, and lay the groundwork for future arms control measures. But it would be an uncontainable mistake to sacrifice the benefits the national security of mutual restraints with Russia to the pursuit of an unlikely near-term arms control agreement with China.

Regular and sustained bilateral nuclear dialogue between the United States and China is also essential for building transparency and trust as well as reducing risk of miscalculation and blunder. Robust U.S.-Russian dialogue on strategic stability and bilateral and multilateral crisis management mechanisms is essential and should be reinvigorated. Congress should encourage and support this.

I urge you to support and encourage the expansion and deepening of these channels of communication with Russia to enhance the security of the American people and our allies.

Adapted from testimony by Adm. Michael Mullen, former chairman of the Joint Chiefs of Staff, to the House Foreign Affairs Committee,