A version of this post was the first of a series of short blog posts, to be published by the ACA's Forum on the Arms Trade, which will feature perspectives from Forum experts on weapons use, the arms trade, and security assistance in 2020. 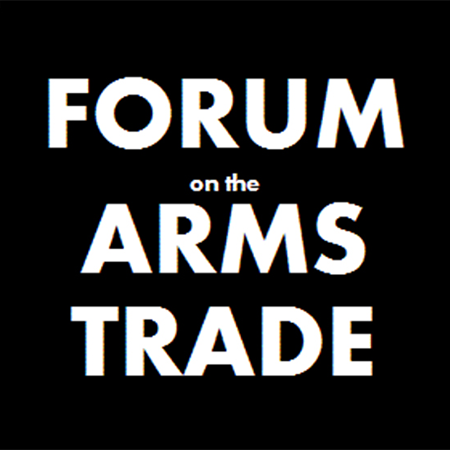 The "should" in the title to this post is not an admonition, but rather a prediction. And a bold one. An impeachment effort is now underway related to conditions placed on security assistance to Ukraine. Plus, four Presidential vetoes were used in 2019: one to stop Congressional assertion of war powers in relation to the war in Yemen, and three to override rejection of "emergency" arms sales primarily intended to Saudi Arabia for that war. So, how could arms trade issues take an even greater public stage in 2020?

It's the election. As the 2020 campaigns kick into full gear, we should expect that those vying for the highest elected office will look for more areas where they can assert their differences with the President, especially on issues that the public supports. As the Forum's research into candidates' positions is showing, there is a stark divide emerging in the approach Democratic candidates are taking on arms trade issues compared to Donald Trump. And opinion polling suggests many of these have a majority of Americans behind them.

At this moment, the divide is most striking as it relates to support to Saudi Arabia. Of the seven Democratic candidates slated to appear in the December debate, six have indicated that they would cut off arms supplies to Saudi Arabia given Riyadh's behavior in the war and humanitarian crisis in Yemen. (Tom Steyer's position is unclear.) While public opinion polling highlighted by the Chicago Council of Global Affairs indicates that Americans are divided on the US relationship with Saudi Arabia, a majority, regardless of party, do believe selling weapons makes the United States less safe. It is easy to see, and unfortunately tragic to predict, that another incident of misuse of US weapons by the Saudis will occur and make it into the headlines. With it will come attention again to US arms trade decisions.

Also at odds with the President, all the Democratic candidates have indicated their support for an assault weapons ban, another issue that has majority public backing. Thus far, however, Democratic candidates have not made the connection that it is illogical to oppose assault weapons at home while at the same time making their export more efficient. While the administration is pushing for just such changes, it is easy to expect more gun control-minded Democratic candidates to make the case that the Commerce Department is not the proper home for oversight of assault weapon exports. Two have done so thus far. As some members of Congress are already doing, candidates can also make the connection to US gun laws and exports with violence in Latin America that fuels Central Americans to flee north. We quickly then link to the wall and broader immigration debates, driving the arms trade into the brighter spotlight.

It's a bit more difficult to predict that the Arms Trade Treaty (ATT) itself will become an election issue. President Trump's repudiation of the treaty at an NRA convention in Indianapolis in April certainly was popular with the crowd there and echoed the ill-informed stance that Congressional detractors have taken that the treaty infringes on US rights. It would not be surprising that candidates who publicly criticize the NRA would also then take up the ATT. Three have explicitly supported the treaty thus far, and a number others have taken steps in the past to block opposition to it.

Candidates seeking to distinguish themselves from each other may also branch out into issues where positions have yet to be claimed. Public opinion polling shows that a majority of Americans are strongly or somewhat opposed to using lethal autonomous weapons systems in war (aka killer robots). This is an obvious area where a candidate such as Andrew Yang, who comes from the tech field and talks frequently about artificial intelligence, could be the first to also acknowledge where human-centered limits make sense and support efforts such as those led by the growing Campaign to Stop Killer Robots to ban the development and use of such weapons.

Other issues ripe for candidates to explore include declarations on the use of explosive weapons in populated areas, an initiative with increasing international attention that currently lacks US diplomatic support. Treaties such as the Mine Ban Treaty and Convention on Cluster Munitions, that are supported by nearly all of NATO and other traditional US allies, but to which the US has yet to commit, can also provide candidates a way to distinguish themselves.

It is, of course, much too early to predict who will be elected as president roughly 11 months from now. It is, however, a much safer bet that arms trade issues will have a prominent role in the public discourse that leads up to the November 3 vote.

To read other contributions in the Looking Ahead 2020 series, visit the Forum website.