“What's really strikes me about ACA is the potential to shape the next generation of leaders on arms control and nuclear policy. This is something I witnessed firsthand as someone who was introduced to the field through ACA.”
– Alicia Sanders-Zakre
ICAN
June 2, 2022
Explosive Weapons Declaration Gains Momentum

International efforts to create a political declaration on the use of explosive weapons in populated areas reached a turning point in October. After more than 130 countries attended the Vienna Conference on Protecting Civilians in Urban Warfare on Oct. 1–2, a process is now underway aiming to draft a declaration to be presented next year
in Dublin. 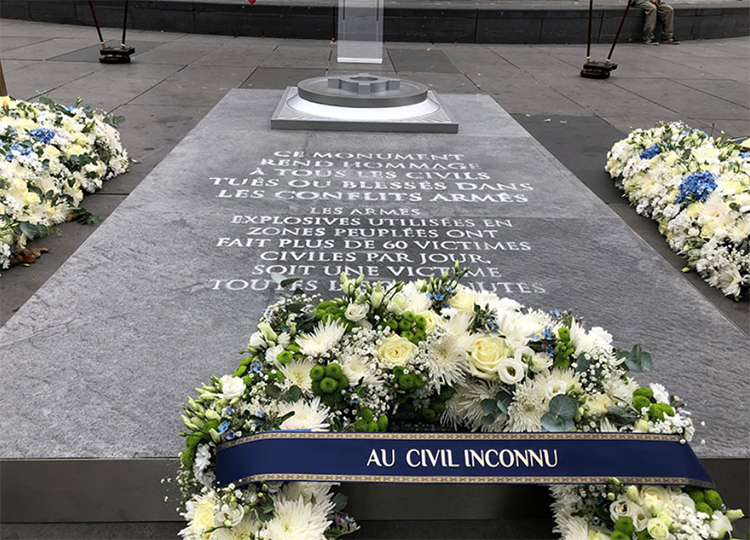 In recent years, a growing number of civil society groups and states have raised concerns about the harm caused by the use of weapons with wide-area effects in cities, both in terms of civilians immediately affected and the destruction of infrastructure that can leave populations vulnerable for months and years following conflict. A recent UN report cited data compiled by Action on Armed Violence from English-language media sources that found 20,384 civilians were killed and injured in 2018 by explosive weapons in populated areas.

In a Sept. 18 joint appeal supporting the development of a declaration, UN Secretary-General Antonio Guterres and President of the International Committee of the Red Cross Peter Maurer said, “Parties to conflict should recognize that they cannot fight in populated areas in the way they would in open battlefields. They must recognize that using explosive weapons with wide-area effects in cities, towns, and refugee camps places civilians at high risk of indiscriminate harm.”

The scope and details of a declaration, however, are still to be determined. Among the issues to be worked out in a declaration is how to discourage weapons use in populated areas, with the concept of “avoidance” being just one option. How the declaration might incorporate principles of international humanitarian law also must be resolved.

The United States, which actively participated in the conference, presented a two-page paper outlining its policies and recent reports on civilian casualties. Afterward, Robert Wood, U.S. ambassador to the Conference on Disarmament, argued against the negotiation of a joint declaration.

On Oct. 23 at the UN General Assembly First Committee, Wood said that “an effort to ban or stigmatize the use of explosive weapons is impractical and counterproductive because it could hamper efforts to protect civilians from bad actors like ISIS or encourage bad actors to use human shields and to hide in urban areas.”

Germany, which co-hosted a number of relevant international conversations on the issue in 2017 and 2018, said at the Vienna conference that “[s]trictly abiding by the rules and principles of [international humanitarian law] would provide effective protection of civilians.” The German statement added, “a declaration should focus on mitigating the various forms of harm through good practices that are designed to improve and enhance compliance” with international humanitarian law.

Wrangling over whether new agreements are needed has also animated the ongoing discussion on lethal autonomous weapons systems and, more broadly, efforts within the humanitarian disarmament framework. That approach, which also undergirds the Treaty on the Prohibition of Nuclear Weapons, Mine Ban Treaty, and Convention on Cluster Munitions, places an emphasis on human security and the humanitarian consequences of weapons use.

According to the International Network on Explosive Weapons, the civil society coalition championing the effort, more than 80 countries have indicated support for a multilateral declaration.

In October, Ireland delivered a joint statement on explosive weapons on behalf of 71 countries at the First Committee. A similar declaration on behalf of 50 countries was delivered in 2018.

The next step in the process is set to occur Nov. 18 in Geneva when Ireland convenes the first in a series of meetings aimed at developing declaration text. The notional calendar aims for a conference in Dublin by the summer of 2020 where the text could be finalized or presented.