If arms control is to remain effective, it needs to adapt. I see four areas where we could act together: We need to preserve and implement the nuclear Nonproliferation Treaty (NPT), adapt nuclear arms control regimes to new realities, modernize the Vienna Document, and consider how to develop new rules and standards for emerging technologies, including advanced missile technology. 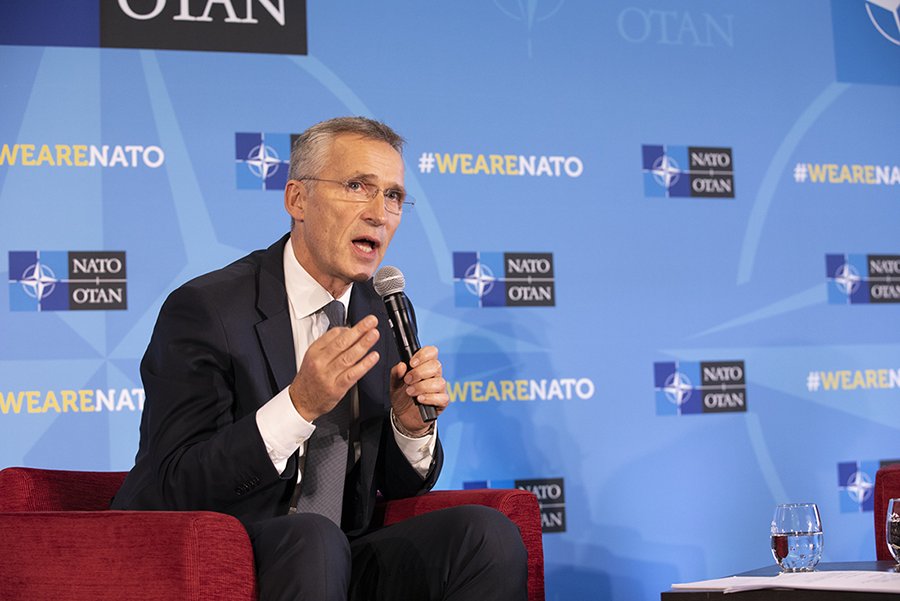 The nuclear ban treaty is not a viable substitute. The ban treaty has no mechanism to ensure the balanced reduction of weapons, no mechanism for verification, and it undermines the NPT.

So with regimes such as North Korea that continue to seek and develop these weapons, preserving and implementing the NPT is critical.

Second, we must adapt the nuclear arms control regime to new realities. The Intermediate-Range Nuclear Forces (INF) Treaty eliminated a whole category of weapons capable of carrying nuclear warheads. As a direct consequence, almost 3,000 missiles were destroyed. When the Strategic Arms Reduction Treaty entered into force in 1994, the United States and Russia were limited to 6,000 strategic offensive arms each. Now, under the New Strategic Arms Reduction Treaty, they are limited to no more than 1,550 each.

These treaties have worked. They have built up trust, promoted transparency, and cut down the number of nuclear weapons. They have made our world a safer place. We have to keep what we have built and maintain the gains made through these treaties.

In a post-INF Treaty world, NATO will do this by responding in a defensive, measured, and coordinated way to the new Russian missile threat. We have seen Russian calls for a moratorium on the deployment of nuclear-armed cruise missiles in Europe. This is not a credible proposal. It disregards the reality on the ground: Russia has already deployed its new missile system in violation of the INF Treaty.

So, unless and until Russia verifiably destroys the new system, the moratorium on deployments is not a real offer.

We also need to look beyond bilateral agreements between Russia and the United States. We must find ways to include other countries, such as China. I am firmly convinced that China, like the rest of the world, stands to benefit from increased transparency and predictability.

Third, we must modernize the Vienna Document. There is more military activity in Europe than we have seen for decades. So, NATO allies and our partners have agreed on proposals for the most comprehensive modernization package of the Vienna Document since 1994 to reduce the risk of miscalculation and accidents on land, at sea, and in the air; to give greater transparency to snap exercises, by allowing snap inspections; and to tighten verification procedures that have not been modernized and improved in the last 25 years.

Fourth, we need to consider how to develop new rules and standards and apply them to the spread of emerging technologies, including advanced missile technology. Emerging technologies present challenges and opportunities. Hypersonic missiles, autonomous weapons systems, and offensive cybercapabilities are being developed specifically for a military use, and these technologies can have strategic effects. Of course, we cannot count algorithms as we do warheads. But we need transparency and predictability in this area as well, for example by developing norms on the military application of certain new technologies.

These are tough times for arms control, but we have gone through tough times before. In the past, it took patience, determination, and commitment to reach landmark agreements. NATO will and must play its part to ensure arms control remains an effective tool for our collective security now and in the future.

Adapted from a speech by NATO Secretary-General Jens Stoltenberg at the High-Level NATO Conference on Arms Control and Disarmament, October 23, 2019.