The 11th international conference to discuss steps to bring the 1996 Comprehensive Test Ban Treaty (CTBT) into force revealed tensions between Russia and the United States, which failed to attend. The meeting convened Sept. 25 at UN headquarters in New York. 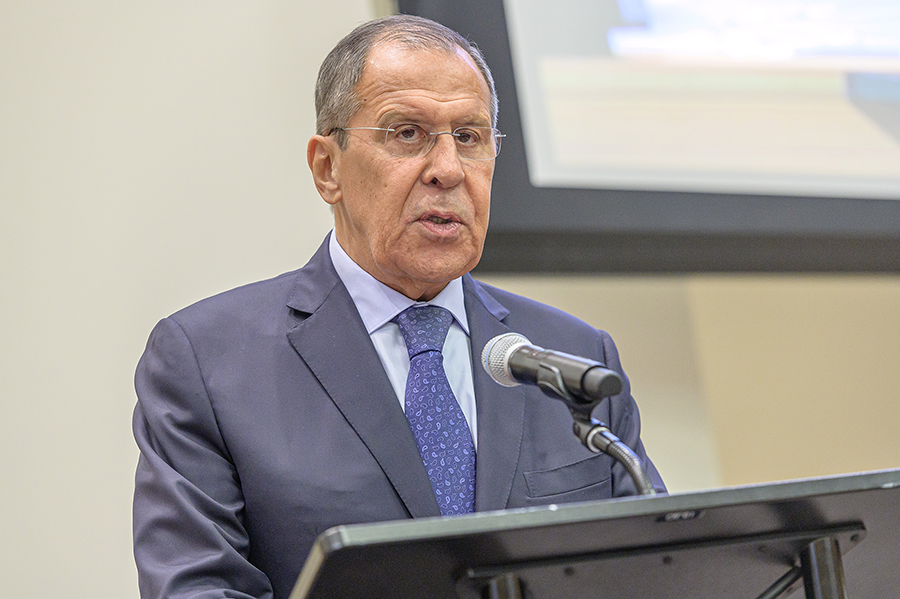 The treaty text allows for conferences every other year to discuss approaches to encourage the signatures and ratifications that are still necessary to bring the treaty into force. According to Article XIV of the treaty, the agreement cannot enter into force until it has been signed and ratified by the 44 countries listed in Annex 2. Eight of those states—China, Egypt, India, Iran, Israel, North Korea, Pakistan, and the United States—have yet to deposit their instruments of ratification.

Russian Foreign Minister Sergey Lavrov condemned the United States, which avoided the conference, for failing to ratify the CTBT, calling this “the main destabilizing event.” Moscow ratified the CTBT in 2000.

During his remarks, Lavrov also declared that Russia has “not staged a single nuclear explosion” since observing the global moratorium on nuclear testing in 1991 and intends to continue observing the moratorium, but only so long as “other nuclear states follow the same line.” His remarks likely allude to a May statement made by the director of the U.S. Defense Intelligence Agency, Lt. Gen. Robert Ashley, that “Russia probably is not adhering to its nuclear testing moratorium in a manner consistent with the ‘zero-yield’ standard outlined” by the treaty. The United States has yet to provide any credible information to back up that statement.

In addition to Lavrov, foreign ministers and other diplomats representing nearly 50 countries spoke to support the treaty’s entry into force. Signed in 1996, the pact prohibits “any nuclear weapon test explosion or any nuclear explosion” no matter what the yield, anywhere in the world.

Since the last conference in 2017, two countries have ratified the CTBT: Thailand in September 2018 and Zimbabwe in February 2019. Another, Tuvalu, signed it in September 2018. In total, there are now 168 ratifications and 184 signatures.

Izumi Nakamitsu, UN undersecretary-general and high representative for disarmament affairs, opened the conference, saying unequivocally that there is “no substitute” for the CTBT. Nakamitsu declared that the entry into force of the CTBT “must be a priority,” a call that the 50 states-parties in attendance, as well as the European Union and a group of more than 40 leaders from civil society, reinforced in their own statements.

Many states additionally stressed the importance of the Preparatory Commission for the Comprehensive Test Ban Treaty Organization (CTBTO), which is responsible for developing and operating the treaty’s global monitoring and verification system. In his statement, CTBTO Executive Secretary Lassina Zerbo highlighted the organization’s achievements, specifically with regard to the International Monitoring System (IMS), which constantly monitors the world for any signs of nuclear explosions.

The IMS is nearing completion and, when finished, will consist of 337 facilities worldwide. “The progressive build-up of the [IMS],” Zerbo said, “has resulted in a level of maturity, readiness, and relevance that has been demonstrated on numerous occasions and in a variety of circumstances.”

Most recently, the IMS demonstrated its importance after an accident that set off an explosion and release of radioactivity off the coast of Russia that involved Moscow’s development of a new nuclear-powered, long-range cruise missile. Two days after the Aug. 8 incident, the CTBTO reported that some IMS stations in Russia began to halt transmissions of data. By Aug. 13, five of the seven radionuclide stations in Russia had gone silent, although when two came back online a week later, they backfilled information to the CTBTO.