As part of a broader effort to quell domestic criticism about Russian President Vladimir Putin’s decision to invade Ukraine, the Kremlin has ordered a crackdown on international nongovernment organizations (NGOs) operating in Russia and has sought to admonish senior Russian foreign policy experts who have called for an end to hostilities. 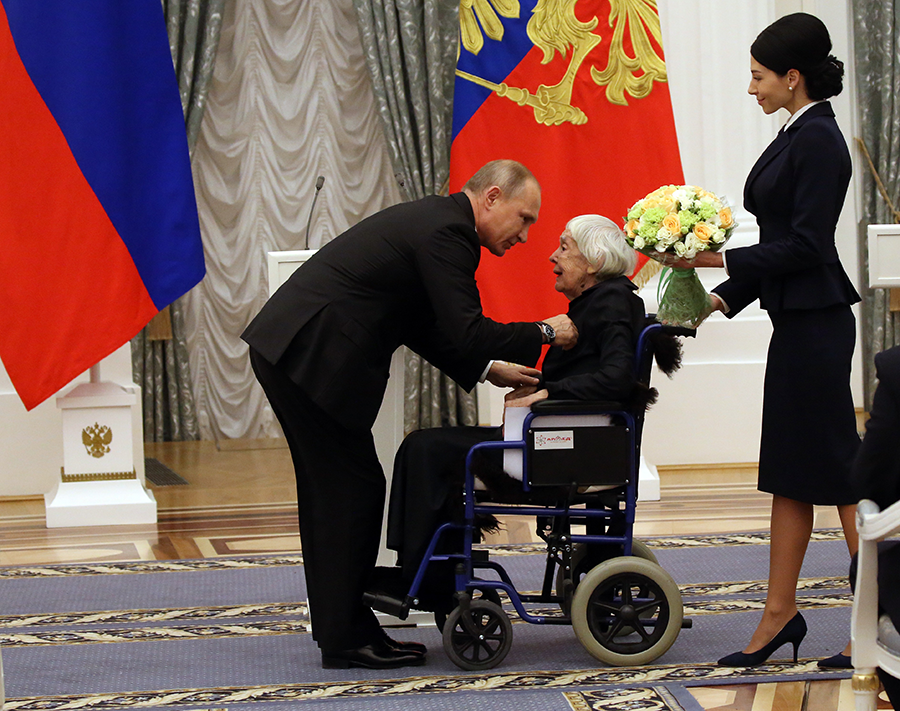 On April 8, the Russian Ministry of Justice revoked the licenses of 15 international NGOs that have been operating in Russia for decades. Among the organizations shuttered by the Kremlin are Human Rights Watch, Amnesty International, and the Carnegie Endowment for International Peace. In March, Russia adopted laws that criminalize independent war reporting, public statements of opposition, and protests against the war.

“The ministry’s statement referred vaguely to Russian legislation, but there is little doubt the move was in response to our reporting on the war [in Ukraine],” according to a statement issued by Human Rights Watch. The organization has been among the critics of Russia’s use of banned cluster munitions against civilians in Ukraine, which the group said could amount to war crimes.

In a separate move, Putin signed a decree on March 28 to expel four prominent experts from the 152-member scientific council under the Russian Security Council who were among a group of experts who signed an international appeal issued on March 3.

The four individuals named in the decree were Alexey Gromyko, director of the Institute of Europe of the Russian Academy of Sciences; Alexander Nikitin, director of the Center for Euro-Atlantic Security, MGIMO University, Russian Ministry of Foreign Affairs; and Alexander Panov, chief researcher, and Sergey Rogov, scientific director, both of the Institute for the USA and Canada of the Russian Academy of Sciences.

Rogov, 73, was the most senior member of the scientific council. He is a veteran arms control and global affairs expert who has engaged in numerous Track 1.5 discussions with U.S., European, and Russian counterparts and officials, including with the Arms Control Association. With Gromyko and Adam Thompson, the European Leadership Network director, he has co-chaired an ongoing NATO-Russian military confrontation risk reduction dialogue involving senior Russian, U.S., and European experts and former officials.

In early March, as the Russian invasion of Ukraine was beginning, the four Russian experts excluded by Putin from the scientific council joined a group of more than 100 other experts, including 23 Russians, on a statement expressing “extreme concern over the biggest crisis on the European continent since the Second World War.” In the statement, which was organized through the NATO-Russian dialogue, they said that all parties to the conflict must immediately agree to an unconditional ceasefire, adopt coordinated measures to deescalate the situation, and negotiate a political settlement. They also said that it is urgent to establish cooperation on humanitarian aspects in the conflict zones.

They urged all parties to exercise the highest measure of responsibility and restraint in matters relating to nuclear weapons and refrain from threatening nuclear rhetoric and actions and stated that it is necessary to resume Russian-U.S. negotiations on strategic stability. Furthermore, they said that it is necessary to agree on additional measures to prevent military incidents between the United States and NATO and Russia and to establish direct contacts between Russian and U.S. and NATO military forces.

One of the experts expelled from the scientific council, Alexey Gromyko, the grandson of the Cold War-era Soviet foreign minister of the same name, told the privately owned, Russian-language RTVi television network that those expelled were not informed of the reason for the decision.

“It’s hard for me to say why we were expelled, we weren’t notified. The statement contained great meaning in those days from the point of view of the national interests of our country,” Gromyko said on March 29.