Russian President Vladimir Putin’s brutal war on Ukraine, along with his implied threats of nuclear weapons use against any who would interfere, has raised the specter of nuclear conflict. Last month, CIA Director William Burns said that although there is no sign that Russia is preparing to do so, “none of us can take lightly the threat posed by a potential resort to tactical nuclear weapons or low-yield nuclear weapons." 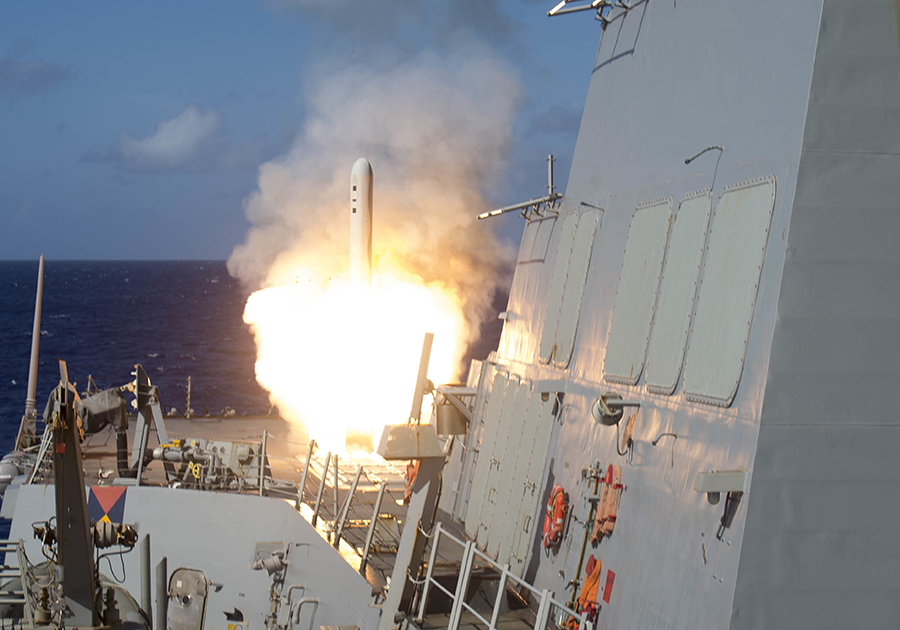 As the war drags on, it is vital that Russian, NATO, and U.S. leaders maintain lines of communication to prevent direct conflict and avoid rhetoric and actions that increase the risk of nuclear escalation. Provocations could include deploying tactical nuclear weapons or developing new types of nuclear weapons designed for fighting and “winning” a regional nuclear war.

For these and other reasons, U.S. President Joe Biden was smart to announce in March that he will cancel a proposal by the Trump administration for a new nuclear-armed sea-launched cruise missile (SLCM), a weapon last deployed in 1991.

Before President Donald Trump, two Democratic and two Republican administrations had agreed that nuclear-armed cruise missiles on Navy ships were redundant and destabilizing and detract from higher-priority conventional missions. Moreover, renuclearizing the fleet would create serious operational burdens. In 2019, Biden called this weapon a “bad idea” and said there is no need for new nuclear weapons. He was right then and is right to cancel the system now.

Nevertheless, some in Congress are pushing to restore funding for a nuclear SLCM to fill what they say is a “deterrence gap” against Russia’s tactical nuclear weapons arsenal and to provide a future president with “more credible” nuclear options in a future war with Russia in Europe or with China over Taiwan. A fight over the project, which would cost at least $9 billion through the end of the decade, is all but certain.

The arguments for reviving the nuclear SLCM program are as flimsy as they are dangerous. Serious policymakers all agree that a nuclear war cannot be won and must never be fought. But deploying nuclear-armed cruise missiles at sea would undoubtedly increase the possibility of nuclear war through miscalculation.

Furthermore, even if Russia’s stockpile of 1,000 to 2,000 short-range nuclear warheads is larger in number than the U.S. stockpile of 320, there is no meaningful gap in capabilities. Superficial numerical comparisons ignore the fact that both sides already possess excess tactical nuclear destructive capacity, including multiple options for air and missile delivery of lower-yield nuclear warheads. Both also store their tactical warheads separately from the delivery systems, meaning preparations for potential use would be detectable in advance.

If one president authorized the use of these weapons under “extreme” circumstances in a conventional war, as the policies of both countries allow, neither side would need or want to use more than a handful of these highly destructive weapons. Although tactical nuclear bombs may produce relatively smaller explosive yields, from less than 1 kiloton TNT equivalent to 20 kilotons or more, their blast, heat, and radiation effects would be unlike anything seen in warfare since the 21-kiloton-yield atomic bomb that destroyed Nagasaki.

Theories that nuclear war can be “limited” are extremely dangerous and ignore the unimaginable human suffering nuclear detonations would produce. In practice, once nuclear weapons are used by nuclear-armed adversaries, there is no guarantee the conflict would not quickly escalate to a catastrophic exchange involving the thousands of long-range strategic nuclear weapons in the U.S. and Russian arsenals.

As Gen. John Hyten, head of U.S. Strategic Command, said in 2018 after the annual Global Thunder wargame, “It ends bad. And the bad, meaning, it ends with global nuclear war.” As the supercomputer in the 1983 movie War Games ultimately calculated, “The only winning move is not to play.”

Adding a new type of tactical nuclear weapon to the U.S. arsenal will not enhance deterrence so much as it would increase the risk of nuclear war, mimic irresponsible Russian nuclear signaling, and prompt Russia and China to build their own sea- or land-based nuclear cruise missile systems. Biden made the right decision to cancel Trump’s proposed nuclear SLCM, and now Congress needs to back the president up.