“The Arms Control Association and all of the staff I've worked with over the years … have this ability to speak truth to power in a wide variety of venues.”
– Marylia Kelley
Tri-Valley Communities Against a Radioactive Environment
June 2, 2022
U.S. Sanctions Russia for Chemical Weapons Use

The United States imposed sanctions to punish Russia for the chemical poisoning of Kremlin critic Alexei Navalny. The Biden administration did so in accordance with the U.S. Chemical and Biological Weapons Control and Warfare Elimination Act of 1991, which mandates that the White House impose a detailed series of diplomatic and economic measures against states implicated in the use of a chemical or biological weapon. 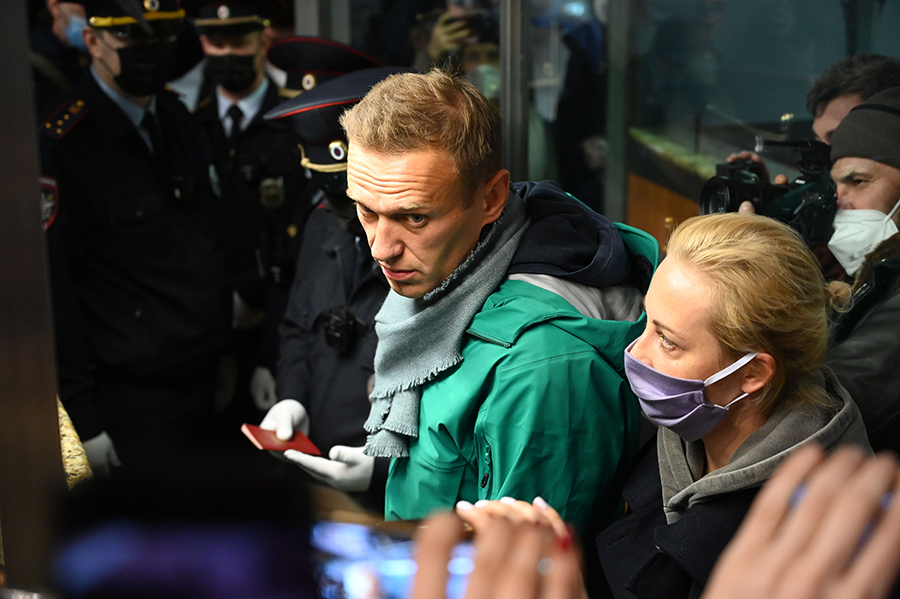 According to a State Department press release on March 2, certain sanctions will be imposed against Russia after a 15-day congressional notification period, pursuant to the act. Those include a termination of foreign assistance to Russia under the Foreign Assistance Act of 1961, a termination of certain arms sales to Russia, and a denial to Russia of any credit or financial assistance from the U.S. government, among other things.

The sanctions are to remain in place for a minimum of 12 months and can only be removed after that period if the White House certifies to Congress that Russia has met the conditions prescribed by the act, including by “providing reliable assurances that it will not use chemical or biological weapons in violation of international law and will not use lethal chemical or biological weapons against its own nationals.”

Although the attack on Navalny occurred in August 2020, the Trump administration chose not to trigger the act upon reasonable determination that a chemical agent was used and that Russia was responsible. Navalny was poisoned using a Soviet-era Novichok nerve agent on a domestic flight in Russia and was taken for medical treatment to Germany, where doctors and independent laboratory assessments confirmed the cause of his ailment. (See ACT, November 2020.)

Washington last triggered the act in 2018 in response to the poisoning of Sergei Skripal, a former Russian intelligence officer, and his daughter Yulia in Salisbury, United Kingdom, after toxicology reports revealed the Skripals were poisoned using a Novichok agent. Before that, the act was invoked only two other times: against Syria in August 2013 for the large-scale use of chemical weapons during the Syrian civil war and against North Korea in 2018 for the assassination of North Korean leader Kim Jong Un’s half-brother, Kim Jong Nam, using a lethal nerve agent.

In a March 2 press release, the Treasury Department announced that the Office of Foreign Assets Control would sanction seven Russian government officials believed to have been involved in Navalny’s poisoning. Treasury Secretary Janet Yellen remarked, “[T]he Kremlin’s use of chemical weapons to silence a political opponent and intimidate others demonstrates its flagrant disregard for international norms.” In doing so, the United States joined the European Union and UK, who imposed sanctions against those Russian officials and an involved Russian state research institute in October 2020.

As a state-party to the Chemical Weapons Convention (CWC), Russia is prohibited under international law from producing, stockpiling, or using chemical weapons. The treaty’s monitoring body—the Organisation for the Prohibition of Chemical Weapons (OPCW)—has undertaken a series of steps since Navalny’s poisoning to definitively determine responsibility for the attack in order to hold perpetrators accountable. The OPCW corroborated external analyses proving that a Russian Novichok agent was used against Navalny.

When Moscow requested technical assistance on Oct. 5 to support its own investigation into the incident, OPCW Director-General Fernando Arias told Moscow that the OPCW Secretariat was ready to deploy a team of experts to Russia “on short notice.”

Arias relayed the saga to the OPCW Executive Council, which met March 9–12. He said in his opening statement to the council that after alerting Moscow of three outstanding issues impeding a technical assistance visit by the OPCW, Russia sent a Dec. 16 letter concluding that the mission “no longer seemed relevant.”

The council comprises 41 member states charged with promoting implementation of and compliance with the CWC. Council membership rotates on a biannual basis.

During the March meeting, a group of 16 member states, led by Lithuania, released a joint statement condemning the use of a nerve agent against Navalny. Their statement reiterated that “the poisoning of Mr. Navalny using a chemical weapon is a matter of grave concern” for all CWC states-parties. They called on Russia “to disclose the full circumstances surrounding this confirmed use of a chemical weapon” and demanded that “the perpetrators of this attack must be held to account.” According to Vidmantas Purlys, Lithuania’s permanent representative to the OPCW, an additional 29 CWC states-parties not currently on the council pledged their support for the statement.

Arias did not confirm to the council whether the investigation into Navalny’s poisoning is still active, but the OPCW appears committed to appropriately addressing instances of chemical weapons use.

During a Nov. 30, 2020, session of the CWC conference of states-parties, Arias affirmed that according to the CWC, “the poisoning of an individual through the use of any nerve agent is a use of a chemical weapon.”