President Joe Biden continues efforts to fill key positions across his administration that will influence the future of arms control, support nonproliferation objectives, and determine the trajectory of the U.S. nuclear weapons budget, including modernization programs. 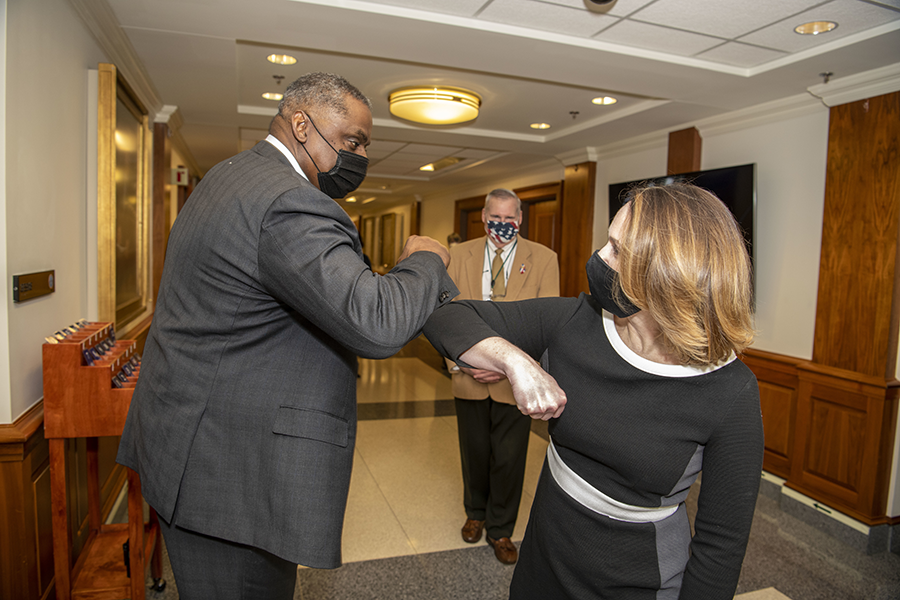 Biden tapped long-time aide and confidante Antony Blinken to serve as his foreign policy point man. Blinken began his tenure as secretary of state Jan. 26, and the department has since contributed to the official extension of the 2010 New Strategic Arms Reduction Treaty (New START) with Russia.

The president appointed Jake Sullivan, who served as then-Vice President Biden’s national security advisor, as national security advisor. In the first days and weeks after Inauguration Day, Sullivan worked closely with Blinken on the New START extension, and they have led efforts to fulfill Biden’s campaign commitment to restore Iranian compliance with the 2015 Joint Comprehensive Plan of Action.

Biden has nominated Bonnie Jenkins to fill the key position of undersecretary of state for arms control and international security affairs in January and sent her nomination to the Senate for consideration on March 15. If confirmed, one of the main tasks ahead for Jenkins, who is a board member of the Arms Control Association and former coordinator for threat reduction programs at the State Department under the Obama administration, will be overseeing bilateral talks with Russia on strategic stability and nuclear arms control, as well as guiding the U.S. strategy for the upcoming 10th review conference for the nuclear Nonproliferation Treaty.

The bureaus of arms control, verification and compliance and international security and nonproliferation at the State Department report to the undersecretary. The president has yet to make nominations for either assistant secretary position in those bureaus but has filled the deputy assistant secretary positions. In January, Alexandra Bell, former senior policy director at the Center for Arms Control and Non-Proliferation, became deputy assistant secretary for arms control, verification and compliance. Similarly, Anthony Wier, who previously worked at the Friend’s Committee on National Legislation as the lead lobbyist and director on nuclear weapons policy, took up the deputy position at the international security and nonproliferation bureau.

Due to his former position on the board of Raytheon Technologies, Austin has recused himself from all decisions related to the company. This leaves Hicks to oversee some key nuclear weapons programs involving Raytheon, including the fate of the intercontinental ballistic missile replacement program and the new nuclear-armed, air-launched cruise missile.

According to a Feb. 24 report in Politico, Hicks has launched a review of several programs ahead of the Pentagon’s release of its fiscal year 2022 budget request, including the Department’s nuclear weapons-related programs.

Biden tapped Colin Kahl, who served as his national security advisor when he was vice president, to be undersecretary of defense for policy. The Senate Armed Services Committee held his hearing on March 4, but the future of his nomination remains uncertain.

Another key Pentagon post has been filled by Richard Johnson, who was sworn in as deputy assistant secretary of defense for countering weapons of mass destruction in March. During the Obama administration, Johnson served at the State Department working on the Iranian nuclear issue and on the National Security Council (NSC) as director for nonproliferation. In January, Leonor Tomero, former counsel for the House Armed Services Committee, was tapped to serve as deputy assistant director for nuclear and missile defense programs.

Laura Holgate was called on to lead a 60-day strategic planning process for the NSC, according to the Nuclear Threat Initiative, where she is the vice president for materials risk management. Holgate previously served as the senior director for weapons of mass destruction terrorism and threat reduction on the NSC during the Obama administration.

In her new role, Holgate will work closely with Mallory Stewart, who joined the NSC as senior director for arms control, disarmament, and nonproliferation. Stewart was previously deputy assistant secretary of state for emerging security challenges and defense policy during President Barack Obama’s second term.

Overall, nominations and confirmations for positions in the Biden administration are moving at a pace not unusual as compared to the two previous administrations, during which these Senate-confirmed positions took anywhere from one to six months to be filled once a nomination was put forward.

This set of veteran arms control and nonproliferation officials will lead offices in the State and Defense departments and the White House central to U.S. efforts to address the daunting array of nuclear policy challenges now facing the Biden administration.