U.S. lawmakers agreed in December to drop dueling House and Senate defense bill provisions on nuclear test explosions prompted by reports last spring that the Trump administration had discussed a resumption of such testing. 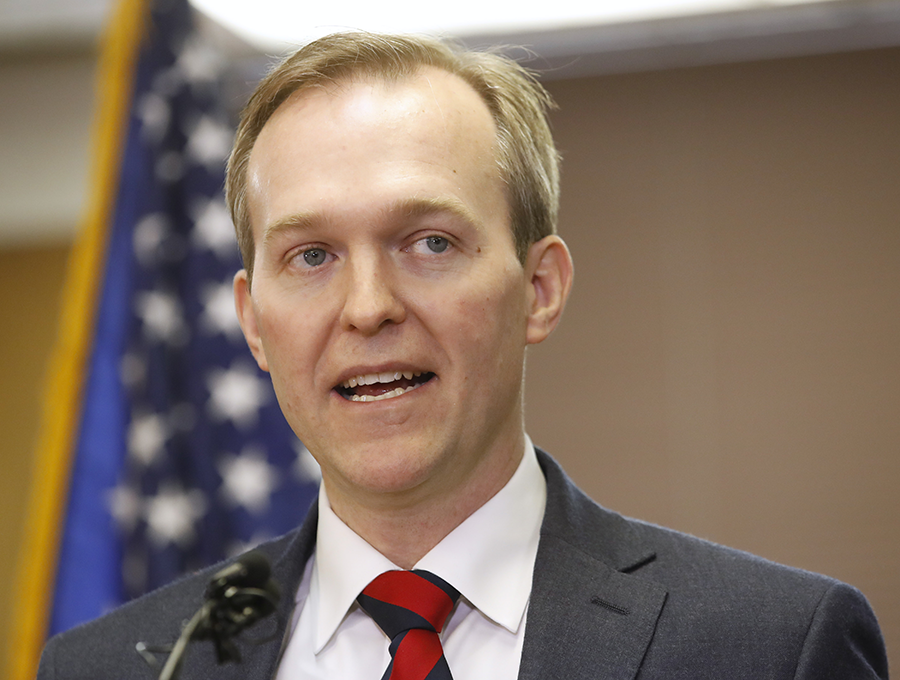 The Democratic-led House in July adopted in its version of the fiscal year 2021 National Defense Authorization Act (NDAA) an amendment offered by Rep. Ben McAdams (D-Utah) to prohibit any fiscal year 2021 or prior-year funding “to conduct or make preparations for any explosive nuclear weapons test that produces any yield.” (See ACT, September 2020.)

The House version of the defense and energy and water appropriations bills included a similar prohibition.

The Republican-led Senate version of the authorization bill, however, included an amendment introduced by Sen. Tom Cotton (R-Ark.) to make $10 million available for the United States to conduct a nuclear test. (See ACT, June 2020.)

The final version of the authorization and appropriations bills ultimately eliminated all of the provisions.

“Our success in this fight means that our citizens won’t have to face the prospect of more dangerous and unnecessary explosive nuclear weapons testing in our backyard,” said McAdams in a Dec. 4 statement. “The United States maintains the most effective and capable nuclear deterrent in the world. We have done so while observing a moratorium on explosive nuclear testing for the past three decades.”

Then-Democratic presidential candidate Joe Biden criticized the Trump administration last May for debating a return to nuclear testing, calling the possibility “as reckless as it is dangerous.”

Congress initially passed the final defense authorization bill in December by overwhelming veto-proof majorities, but Trump vetoed the bill Dec. 23. The Senate and House overrode the veto on Dec. 28 and Jan. 1, respectively.

In other areas, the sprawling appropriations law approved the vast majority of the Trump administration’s proposed $44.5 billion budget request for programs to maintain and upgrade the U.S. nuclear triad and its associated warheads and supporting infrastructure, but not without controversy.

The law provided $4.4 billion for building a fleet of 12 Columbia-class ballistic missile submarines, a slight increase of about $100 million above the budget request. The bill noted that “challenges have occurred in certain design, prototyping, and advance construction efforts of the program” and that “the supplier industrial base presents the most significant risk to the program.” 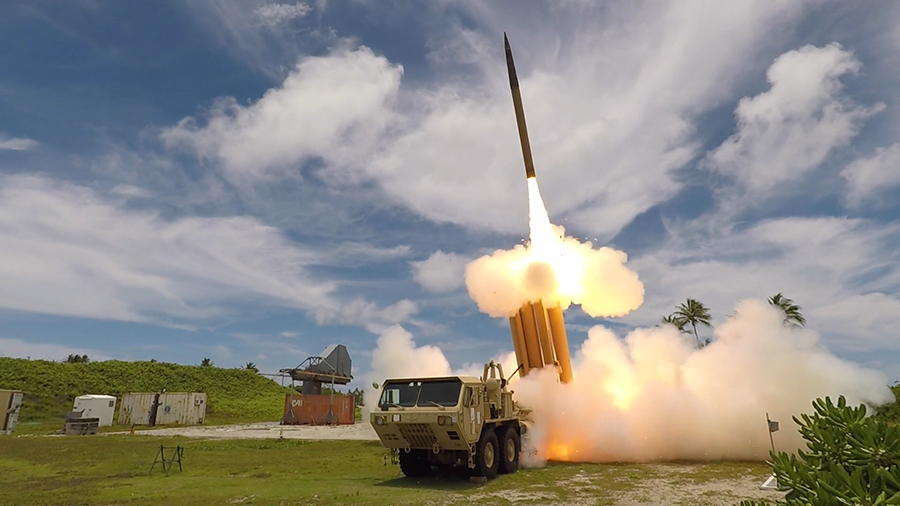 The funding reduction for the new cruise missile appears to reflect the Air Force’s decision last spring to continue development with Raytheon as the sole contractor. (See ACT, May 2020.) The service is planning to award the main development contract for the missile in May, about nine months earlier than planned, according to a Nov. 18 Inside Defense report.

The initial House and Senate versions of the appropriations and authorization bills largely aligned on funding to modernize the nuclear triad, but the budget request for and oversight of the Energy Department’s semiautonomous National Nuclear Security Administration (NNSA) was far more contentious.

The Trump administration last February requested $15.6 billion for the agency’s nuclear weapons activities account, an increase of $3.1 billion, or 25 percent, from the fiscal year 2020 appropriations and $2.8 billion above the projection for 2021 in the fiscal year 2020 budget request.

In the wake of an internal Trump administration dispute about the appropriate size of the NNSA weapons budget request, the Senate version of the defense authorization bill included provisions that would give the Pentagon’s Nuclear Weapons Council, a body that coordinates the Defense and Energy departments’ nuclear weapons stockpile responsibilities, a much greater say in the annual formulation of the NNSA budget. (See ACT, March 2020.)

In addition to proving controversial in the Senate, the language prompted strong pushback from the House. The lower chamber’s authorization bill included a provision that would make the energy secretary a member of the council, and its appropriations legislation sought to bar the council from expanding its budget role.

The final version of the authorization bill, however, retained much of the Senate language, and the House provisions were dropped from the final appropriations bills.

Meanwhile, the law provided $15.4 billion for the NNSA’s nuclear weapons activities, a decrease of $257 million from the budget request but an increase of $2.9 billion from last year’s appropriation. The law fully funds the $53 million NNSA request to begin early work on a new-design submarine-launched ballistic missile warhead dubbed the W93 and the $1.5 billion NNSA request to increase the rate of production of plutonium pits for nuclear warheads to at least 80 per year.

In contrast, the House had proposed $13.7 billion for weapons activities, including no funding for the W93, and a cut of several hundred million dollars for pit production.

In the end, the law provided $49 million only for limited concept studies, a decrease of $225 million from the budget request.

The final authorization bill authorized a similar funding reduction and conditioned 50 percent of the remaining funds on the receipt of a report from the defense secretary and the MDA director detailing a description of the requirements for the layered missile defense proposal; a site-specific fielding plan that includes possible locations, the number and type of interceptors, and radars in each location; and a life-cycle cost estimate of different deployment options.

The law also required an assessment from the Defense Intelligence Agency of how using the Aegis and THAAD systems “to conduct longer-range missile defense missions would be perceived by near-peer foreign countries and rogue nations” and how they “would likely respond to such deployments.”

The skepticism from Congress comes on the heels of a successful first intercept test of the Aegis Standard Missile-3 (SM-3) Block IIA missile of an ICBM target on Nov. 17. (See ACT, December 2020.)

Critics have warned that an increase in the number of U.S. interceptors capable of intercepting ICBMs could exacerbate Russian and Chinese concerns about the threat the defenses pose to their nuclear deterrents and prompt them to take steps to counter new U.S. missile defenses.

The law provided $10.5 billion for the MDA, an increase of $1.3 billion from the budget request.

The appropriations include increases of $220 million to sustain the existing Ground-Based Midcourse Defense (GMD) system based in Alaska and California, $194 million to develop a new next-generation homeland defense interceptor in the wake of the demise of the Redesigned Kill Vehicle program, and $76 million to buy an eighth THAAD battery.

Despite providing a funding boost for the GMD system, Congress raised concerns about the next-generation interceptor, which is not slated to be fielded until 2028 at the earliest. The authorization law requires an independent cost estimate and at least two successful flight intercept tests prior to beginning production of the new interceptor.

The bill also directed the MDA to develop, subject to the availability of appropriations, 20 interim homeland missile defense interceptors by 2026 that, “at minimum, meet the proposed capabilities of the Redesigned Kill Vehicle program” and “leverage existing kill vehicle and booster technology.”

The appropriations law, however, did not provide any funding for such an interim interceptor. Moreover, the authorization bill allows the Pentagon to waive the requirement for the interceptor if development is not technically feasible, the interim capability is not in the national security interest of the United States, and the capability cannot be fielded at least two years before the next-generation interceptor.

Elsewhere in the appropriations bill, Congress provided no funding for the Marine Corps to assess the feasibility and utility of firing the Tomahawk sea-launched cruise missile from a ground launcher.

The Marine Corps had requested $125 million to purchase 48 Tomahawk missiles for this purpose. (See ACT, June 2020.) With an estimated range of between 1,250 and 2,500 kilometers, a ground-launched variant of the Tomahawk would have violated the now-defunct 1987 Intermediate-Range Nuclear Forces Treaty. The Trump administration withdrew the United States from the treaty in August 2019.

But the bill provided $88 million in initially unrequested Army funding to pursue development of a ground-launched midrange missile capability. (See ACT, October 2020.) The service last fall selected variants of the Tomahawk and the Navy’s Standard Missile-6 missiles to be part of an initial prototype scheduled to be fielded in 2023.

The Pentagon requested $239 million for the program in fiscal year 2021, a decrease of $135 million, or 36 percent, from the fiscal year 2020 appropriation, prompting alarm from members of Congress, former government officials, and nuclear security experts. (See ACT, April 2020.)

The appropriations bill provided $122 million in additional funding for the program, including an increase of $98 million for the program’s efforts to reduce the proliferation of biological weapons and facilitate detection and reporting of diseases caused by especially dangerous pathogens.

The authorization law also requires a report from the National Academy of Sciences on improving U.S. strategies “for preventing, countering, and responding to nuclear, biological, and chemical terrorism.”