With the sole agreement limiting U.S. and Russian strategic nuclear arsenals set to expire in early February, Russia has repeated its offer to extend the 2010 New Strategic Arms Reduction Treaty (New START). President Joe Biden has said that he will seek to extend the agreement, but the incoming administration has yet to decide on the length of an extension to seek. 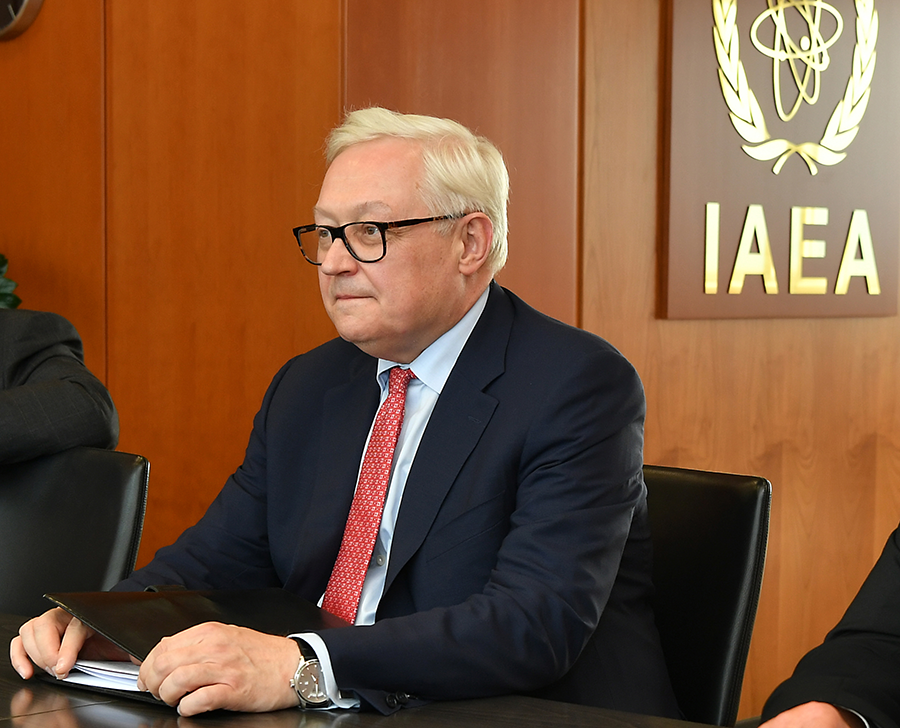 “Russia is in favor of extending this treaty for five years without additional conditions,” said Russian Deputy Foreign Minister Sergei Ryabkov on Nov. 30. In his annual end-of-year news conference on Dec. 17, Russian President Vladimir Putin called for an extension of the treaty for at least one year. New START allows for an extension of up to five years so long as the U.S. and Russian presidents mutually agree to it.

Biden’s advisers continue to consider the length of extension the incoming administration should pursue, with Biden's National Security Advisor Jake Sullivan saying Jan. 3 that "right out of the gate in the early days and weeks of the administration...we will have to look at extending that treaty in the interests of the United States." Nearly 30 U.S. arms control experts in a Nov. 30 letter urged Biden to agree to a full five-year extension without conditions as one of his first priorities.

After the U.S. presidential election, the Trump administration and Russia signaled a willingness to reach a deal on extension based on proposals exchanged in October. (See ACT, December 2020.) Washington proposed a politically binding one-year extension of New START and a one-year freeze on the number of U.S. and Russian nuclear warheads of any type at current levels, as well as some type of verification plan for the freeze. Russia, which had called for a five-year extension of New START for much of 2020, countered with a one-year extension and a one-year warhead freeze so long as Washington put forward no other conditions, such as on verification.

Putin said on Dec. 17 that Russia remains open to dialogue regarding the treaty and awaits a response from Washington.

Marshall Billingslea, U.S. special envoy for arms control, replied on Twitter that the Trump administration has responded five times “to meet to finalize the freeze/extension deal to which Putin agreed” but that the Russian Foreign Ministry rejected all the meetings.

Ryabkov responded to Billingslea that Russia “offered [the United States] to agree on proposal by President Putin 25 times.... Instead of accepting this simple scheme they’re making unacceptable demands.”

The fate of the treaty now rests on the incoming Biden administration and Russia. The two sides will have just 16 days to seal an extension before the treaty expires on Feb. 5, 2021.

Billingslea insisted in remarks given on Nov. 17, published on Dec. 8, that the Trump administration’s proposal “is now the de minimis threshold for all future nuclear arms control deals with Russia.”

“Any future deal which fails to cap all warheads should be regarded as an abject failure,” he continued. “Any simple extension of New START without capitalizing on Putin’s acquiescence to an overall warhead limit would demonstrate a profound lack of negotiating acumen.”

Billingslea said that the two countries “are at the brink” of agreement and that there “is still time to hammer out” the details.

Trump administration critics have argued that such a freeze has never been done previously and that there is not enough time to reach agreement on key details. They claim that the incoming administration should not feel bound to a deal that might break new ground with respect to a warhead freeze but has not been officially agreed to and would only last a year in any event.

The details yet to be finalized include the definition of “warhead,” stockpile declarations, data exchanges, and a plan for verification of the freeze. (See ACT, October 2020.) “All we need to do is define what we are freezing [and] the cap level and start verification talks,” Billingslea tweeted on Dec. 17.

U.S. and Russian officials have said that the Trump administration sought a verification approach outside warhead production and disassembly sites known as portal monitoring. Russia has adamantly objected to this approach.

Meanwhile, in the event an agreement on extension is reached between the Biden administration and Moscow, it remains to be seen how Russia will seek to initially implement an extension given that Russian law requires approval by the Russian parliament.

Ryabkov said on Dec. 7 that, “for Russia to extend [New START] would mean to go through numerous steps…that equals to the formal ratification of a treaty.”

“We are prepared to…do our utmost to be there in time,” he said, but “the situation is challenging, it’s quite a demanding one.”