– Amb. Thomas Hajnoczi
Chair, MTCR
May 19, 2021
A Middle East Free of Weapons of Mass Destruction: A New Approach to Nonproliferation 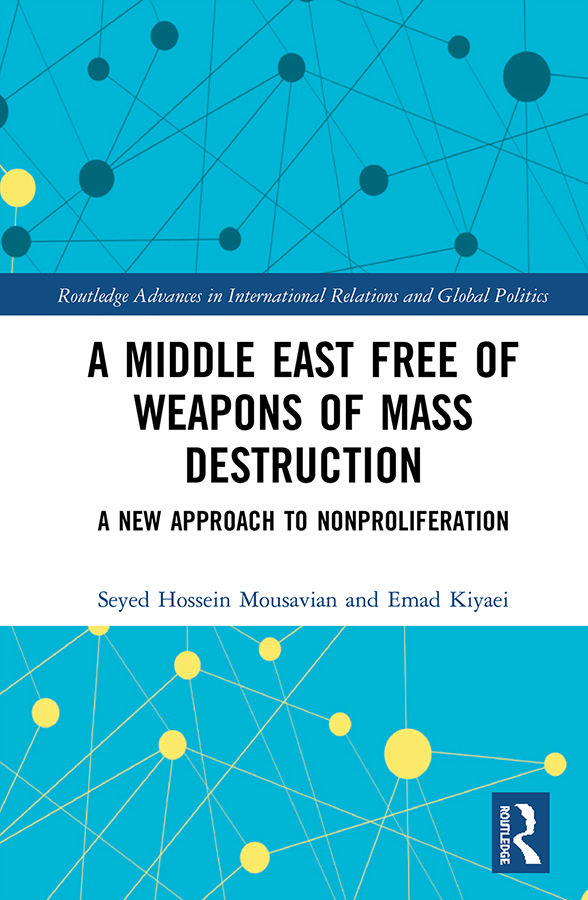 A Middle East Free of Weapons of Mass Destruction:
A New Approach to Nonproliferation
By Seyed Hossein Mousavian and Emad Kiyaei
(Routledge, 2020)
166 pages

The incoming Biden administration will certainly need to face Middle Eastern nuclear issues immediately as it considers whether and how to revitalize the 2015 Iran nuclear deal, the Joint Comprehensive Plan of Action (JCPOA). The deal, from which the United States withdrew in 2018, is a key factor in addressing larger regional nuclear issues. Many hope that the region can someday adopt an agreement establishing a zone free of weapons of mass destruction (WMD), and two Iranian authors have penned a serious technical and political examination of this problem.

On a late January afternoon in 1985, in my office at the U.S. embassy in El Salvador, I received an unexpected phone call from Secretary of State George Shultz. He asked if I would serve as the next U.S. ambassador in Tel Aviv. With only one hesitation, I agreed. The hesitation was whether the Israelis would accept me because I had been ambassador to Jordan seven years earlier. The answer was “yes”; they are interested in Jordan and whether Amman can play a positive role in making peace with the Palestinians.

My time in Jordan had focused on such peace issues, and I brought to it some experience with arms control and disarmament from the 1960s. I had watched the Arms Control Agency’s deputy director, Adrian “Butch” Fisher, struggle with the early stages of an Irish idea that became the nuclear Nonproliferation Treaty (NPT) in 1968.

It turned out that my service in Israel was all about the peace effort and not about nonproliferation. That was no surprise. Peace trumped and sublimated Israel’s nuclear program and U.S. attention to it.

That conundrum is now at the center of A Middle East Free of Weapons of Mass Destruction: A New Approach to Nonproliferation by Seyed Hossein Mousavian and Emad Kiyaei. It is not the only salient question in the challenge of whether nuclear, chemical, and biological weapons can be removed permanently from the region, but one of the most important. There are others: Can a WMD-free zone work in a politically contested and chaotic Middle East? Will including chemical and biological weapons help or hurt in the creation of such a zone? Are Iran, Saudi Arabia, and Turkey ready for such a deal? Is the region capable of coming together over WMD prohibitions with contention between Iran and the Persian Gulf states and differences in Algeria and Morocco, Iraq, Lebanon, Libya, Qatar, Sudan, Syria, and Yemen? Is the return of Iran and the United States to the JCPOA necessary to succeed? Can key JCPOA provisions be used to build the nuclear aspects of such a deal? Is a regional approach achievable? Can a subregional approach without Israel be achieved, possibly as a first stage of a regional approach? Is a more universal approach, filling the “hole” in the NPT by using commitments from the JCPOA on inspections and limits to uranium enrichment and no separation of plutonium, a possibility to enhance a regional approach? Will global powers cooperate?

The NPT is the bedrock to avoid nuclear catastrophe. It is based on a simple approach: the more states that hold nuclear weapons, the greater the chances for use, mistaken or accidental. Once begun, a nuclear exchange is not possible to stop.

Nuclear weapons have only been used by the United States against Japan, the death and casualty toll horrendous. The impact compelled statesmen for 75 years to seek answers through weapons sharing (the Baruch Plan), commitments to nonproliferation, and a strategy to deter use by making clear any use would result in a certain and devastating response. Serious thinkers such as former secretaries of state Henry Kissinger and George Shultz, former Senator Sam Nunn (D-Ga.), and former Secretary of Defense William Perry have advocated for zero nuclear weapons. All agree it would be preferable for all states to have confidence that there is a solid answer to the question of how we can be sure that all such weapons have been destroyed and no new ones created and what to do if there is a failure on either of these points. 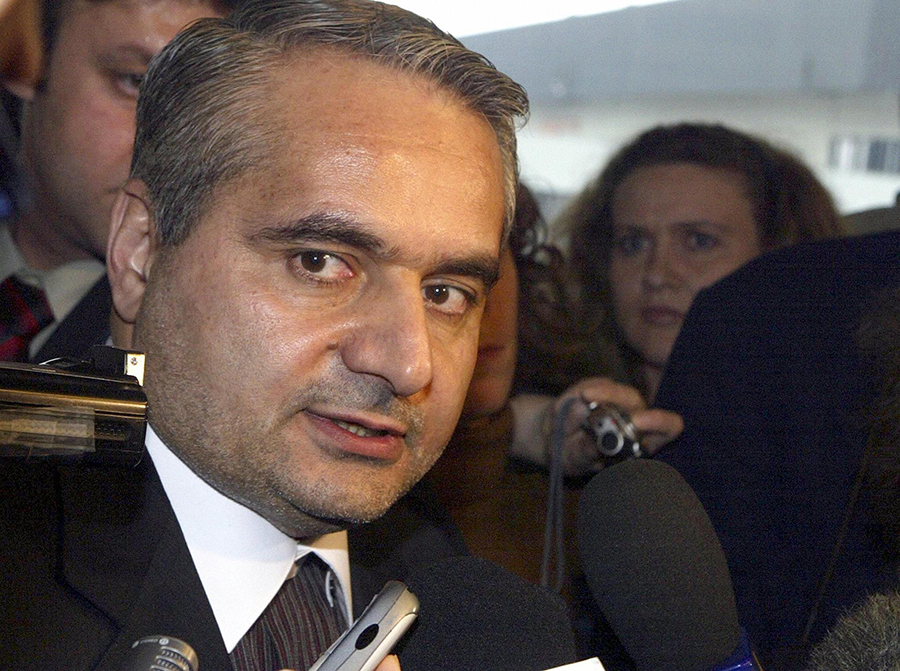 The authors of this important book look at the Middle East (the Arab states, Iran, Israel, and Turkey). They take the proposal a step forward by adding three important features designed to make a nuclear-free zone more effective and perhaps more acceptable.

The first is to incorporate chemical and biological arms into a broader WMD-free agreement. Those weapons are currently the subject of separate global agreements in which most but not all Middle Eastern states have agreed to participate.

A second concern is Israel. A widely recognized but not self-admitted possessor of nuclear arms, Israel is seen by the other states in the region as a necessary participant in the zone. As such, it would have to become a full party to the zone agreement and the NPT, as well as the other treaties on chemical and biological weapons. Israel’s policy has been accompanied by a statement, now more than 30 years old, by then-Prime Minister Yitzhak Rabin that Israel would consider joining the NPT when a full and effective peace arrangement in the region was in force. Similarly, then-Deputy Defense Minister Shimon Peres stated in 1963 that Israel would not be the first to “introduce” a nuclear weapon in the Middle East. There are obvious ambiguities about whether those declarations still remain the policy of Israel and about what the verb “introduce” means. It could cover everything from a posture of not completing the full assembly of a weapon to a decision to use the weapon or the actual delivery of a weapon.

The book’s authors understand that, among supporters of such a zone, Egypt in particular has strong interest in having Israel in the zone. In principle, the authors agree, but are bedeviled by the concern that if the zone has to await a peace agreement, other states may have already proliferated.

The third major point is the conclusion that states in the region can begin the process with a first stage, subregional arrangement excluding Israel. With the importance of proliferation in the region, a logical and important step would be to include Iran and the Arab states in a subregional pact as a first step.

With regard to Iran and peace in the Middle East, outside regional players, including the United States, Russia, and China, have a major role to play. How, when, and where remains clouded. Yet, they could contribute to efforts to bring nonproliferation first, with peace to follow. There is no assurance that it will work, but the authors believe it is worth a try; given the objective and their experience, I agree.

The authors have significant experience in dealing with the region and nuclear issues. Mousavian is a distinguished diplomat deeply involved in the negotiations around the Iran nuclear program. Kiyaei is a director of the Middle East Treaty Organization (METO), a body dedicated to eliminating these weapons from the region.

The book makes clear that a subregional agreement that meets the needs of the area and enlists civil society and religious views behind it would make it easier for Israel eventually to join. It fails to resolve the continuing question of whether any nation will join such an agreement without all states being involved, particularly Israel.

The book looks carefully at how the elements and principles of the JCPOA can best be incorporated in a regional accord. It reviews the troubled diplomacy for bringing a zone about with a phased approach. It looks carefully at the pitfalls and problems, including the peace issues, and makes cogent suggestions for moving forward.

The Biden team has evinced solid interest in returning to the JCPOA. That could lead to further work on proliferation, but inspiration is not achievement. The Israel conundrum hangs heavy over the region and proliferation, as does the need for a peace settlement.

There is no doubt that a WMD-free zone in the Middle East would be a major step, and on this, President Joe Biden beats President Donald Trump. The Israeli aspect of the issue is critical, and uncertainties still abound. All close followers of nonproliferation and the politics of this fractured and torn region will find this book solid and engaging as it wrestles with a transcendental and irascible problem written from a unique regional perspective.

Thomas R. Pickering served four decades in the U.S. Department of State, retiring in 2000 after more than three years as undersecretary of state for political affairs. During his career, he served as ambassador to the United Nations, Russia, India, Israel, El Salvador, Nigeria, and Jordan.