Arms control offers a tool to enhance U.S. security. After extending the 2010 New Strategic Arms Reduction Treaty (New START), the Biden administration should seek to engage Russia in negotiation of a follow-on agreement and use that to draw third-country forces into the arms control process. It should also weigh how to handle other issues that can affect nuclear relations. 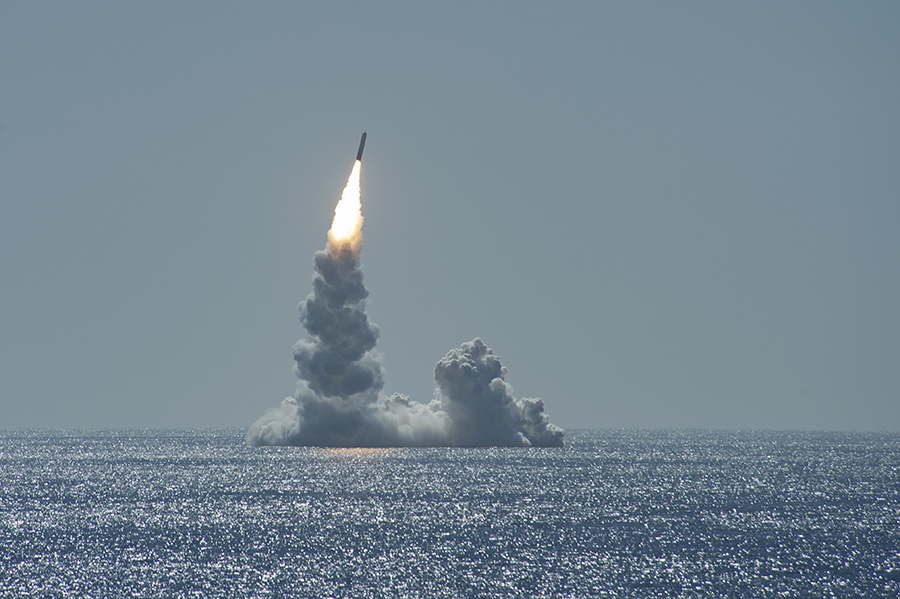 New START extension. When the Biden administration begins on January 20, its first arms control task will be to extend New START, which expires on February 5. It should agree to the Russian proposal to extend the treaty for five years. That would constrain Russian strategic forces to 2026 and continue the flow of information about those forces provided by the treaty’s verification provisions, while requiring no changes in U.S. strategic modernization plans.

Today, many more elements must be factored into strategic stability calculations. These include nonstrategic nuclear weapons (the use of which is the most likely path to a U.S.-Russian nuclear conflict); missile defense; long-range, precision-guided conventional strike systems, including hypersonic weapons; third-country nuclear forces; and developments in the space and cyber domains. U.S.-Russian strategic stability talks should address all of these subjects and how they shape what has become a multidomain, multiplayer strategic stability model.

The agenda should include discussion of each side’s nuclear doctrine, as both appear to believe that the other’s doctrine lowers the threshold for nuclear use. At a minimum, strategic stability talks would help each side understand the other’s concerns and might clear up misperceptions. They also could prepare subjects for more formal negotiations.

New START follow-on. One such negotiation should be a follow-on treaty to New START. In thinking about that negotiation, the Biden administration will have to weigh pursuing different approaches with different objectives.

One approach would aim for a treaty that limits deployed strategic warheads and strategic delivery systems, such as intercontinental ballistic missiles (ICBMs), submarine-launched ballistic missiles (SLBMs), and new kinds of delivery systems that replicate the capabilities of those constrained by New START. This New START II would have a structure similar to New START and perhaps entail modest reductions below the New START limits of 1,550 deployed strategic warheads and 700 deployed ICBMs, SLBMs, and nuclear-capable bombers.

The Biden administration should aim, at least initially, for more: a bilateral treaty covering all U.S. and Russian nuclear warheads, with a goal of a single aggregate limit of perhaps no more than 2,500 for each side. That would represent a substantial reduction from current nuclear arsenals, which are estimated by the Federation of American Scientists to be 3,800 for the United States and 4,300 for Russia. That limit would leave each country with more than six times as many nuclear weapons as any third country. Even with a higher limit, agreement to an aggregate cap on all nuclear warheads would represent a major breakthrough.

Within the overall aggregate, a new treaty could have a sublimit of perhaps 1,000 each, covering warheads on deployed ICBMs, SLBMs, and new strategic delivery systems. All other weapons, including bombs and air-launched cruise missiles for nuclear-capable bombers, would be nondeployed, that is, not mounted on delivery systems but in storage. This approach would include a limit on deployed strategic delivery vehicles that could be lowered from New START’s 700 if the limit on deployed strategic warheads were 1,000.

Verification would require working out procedures for monitoring weapons in declared storage areas. That would pose a difficult but not insoluble challenge.

Missile defense. Another difficult question would turn on whether Moscow maintains its past insistence that Washington address certain issues if U.S. negotiators wish to have all nuclear weapons on the table. Missile defense normally tops the Russian list, which also has included precision-guided conventional strike systems and third-country nuclear forces.

In 2020, U.S. and Russian negotiators discussed a one-year freeze on the number of all nuclear warheads, but failed to reach agreement. Whether that indicates a Russian readiness to negotiate a multiyear treaty covering all nuclear warheads without constraints on missile defense remains unknown. Some Russian experts suggest that Moscow no longer worries about U.S. missile defense systems. Others hold what seems to be the majority view, saying that limits on these systems remain a price that U.S. negotiators would have to pay to limit all nuclear arms.

The Biden administration may have to decide whether the U.S. interest in negotiating limits on and reductions in all U.S. and Russian nuclear warheads is such that it would countenance limits on missile defense systems. A limited-duration agreement constraining these systems that allows some capability to defend against North Korean ICBMs but leaves Russia assured that its strategic forces could overwhelm that defense ought to be possible. It bears a serious look given that missile defense currently and for the foreseeable future will lose the strategic offense versus defense competition.

Third countries. The Trump administration sought and failed to bring China into the nuclear arms control process. A trilateral negotiation would not work, given the huge disparity between the size of the U.S. and Russian nuclear arsenals and those of China or any other third country (no more than about 300 weapons). Washington and Moscow would not agree to reduce to China’s level, nor would they agree to legitimize a Chinese build-up.

A more promising path would have Washington and Moscow conclude a new bilateral treaty with significant reductions and ask China, France, and the United Kingdom—Russia would insist on inclusion of the latter two—each to make a unilateral commitment not to increase its total number of nuclear warheads so long as the United States and Russia were reducing. Some basic transparency measures would be necessary to give confidence that the third countries were abiding by their commitments. If the United States and Russia agreed to limit missile defenses, that could incline China more positively toward considering such a unilateral commitment.

Other issues. Developments in the space and cyber domains could affect strategic stability and the nuclear relationship between the United States and Russia. A sweeping agreement on the nonmilitarization of space has little prospect, but the United States, Russia, and China might consider discrete steps such as a ban on anti-satellite tests that produce orbital debris, “keep out” zones around declared satellites (such as early warning systems), and a ban on deploying space-based weapons designed to strike surface targets. As for the cyber world, Washington and Moscow could agree not to use cybermeans to interfere with the other side’s early-warning satellites or nuclear command, control and communications, whether space- or earth-based. Yet, neither side should place much faith in that because a hostile cyberpenetration could go undetected.

Taken together, these steps would constitute a very, perhaps overly ambitious arms control agenda. If achieved, they would continue a stabilizing reduction in U.S. and Russian nuclear arms levels, bring third-country nuclear forces into the arms control process, and begin to address other issues that could erode strategic stability. In the end, the Biden administration might well fall short; the success of arms control negotiations depends also on the goals and desires of other nations. Still, it would be in the U.S. interest to try.

Steven Pifer was a William J. Perry Research Fellow at the Center for International Security and Cooperation at Stanford University from 2018 to 2020 and is a retired U.S. Foreign Service officer.