The international agency overseeing the Chemical Weapons Convention (CWC) aided in a preliminary investigation into the recent illness of Russian opposition leader Alexei Navalny, who was poisoned by a dangerous chemical agent, according to multiple
test analyses. 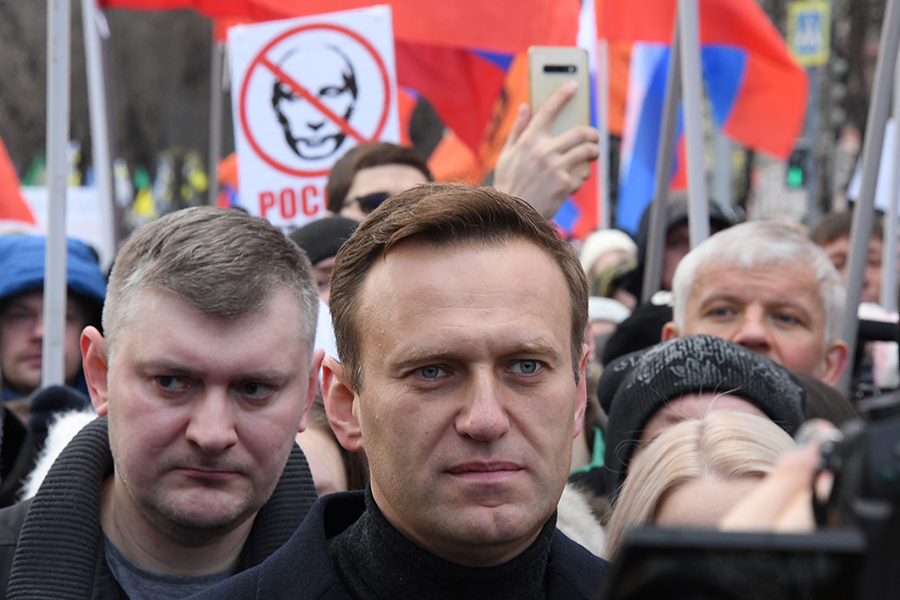 Navalny was reportedly given the agent on Aug. 20 in Russia, where he received initial medical treatment before being flown to Germany, where doctors assessed that he had been exposed to the nerve agent Novichok, a substance banned under the CWC. The finding was corroborated by laboratories in France and Sweden, according to German government spokesman Steffen Seibert. He said on Sept. 14 that samples of the nerve agent detected in Navalny’s system were also sent to The Hague for additional tests at the Organisation for the Prohibition of Chemical Weapons (OPCW), the treaty’s implementing body. He called on Russia to “explain these events.”

The OPCW announced on Sept. 17 that it provided technical assistance to Germany regarding the allegations of chemical weapons use against Navalny. According to the OPCW, “[A] team of experts from the Technical Secretariat independently collected biomedical samples from Mr. Navalny for analysis by OPCW designated laboratories.” The analyses of those samples are forthcoming, the watchdog said.

Using toxic agents, even in the poisoning of a single individual, is considered use of chemical weapons and is prohibited under the 1997 CWC. Following news of Navalny’s poisoning, OPCW Director-General Fernando Arias said on Sept. 3, “States-parties to the Chemical Weapons Convention deem the use of chemical weapons by anyone under any circumstances as reprehensible and wholly contrary to the legal norms established by the international community.”

The treaty’s near universality strengthens the well-established global norm against chemical weapons use. Just four states—Egypt, Israel, North Korea, and South Sudan—are not party to the convention and therefore not subject to the treaty’s prohibition on the use of chemical weapons.

Novichok was added to the CWC list of banned substances as a Schedule 1 agent in November 2019, after states-parties voted to amend the treaty’s Annex on Chemical Weapons to include Novichok as among the most tightly controlled agents that states are prohibited from producing, transporting, stockpiling, or using. Under the CWC, these Schedule 1 agents are those with “little or no use for purposes not prohibited” under the treaty. That amendment entered into force on June 7, 2020. (See ACT, December 2019.)

The 2018 poisoning of former Russian spy Sergei Skripal in the United Kingdom triggered the campaign by CWC members to amend the annex, subjecting countries in possession of the nerve agent to the treaty’s most stringent verification and declaration requirements. Moscow is widely believed responsible for that attack, but although the OPCW conducted sample analyses of the agent used on Skripal and confirmed Novichok was used, Russia was never held accountable in the OPCW. (See ACT, May 2018.)

The CWC bans the use of any chemical as a chemical weapon, but the addition of Novichok to the treaty’s list of tightly controlled Schedule 1 agents grants the international chemical watchdog a newfound political ability not only to determine whether the agent used in Navalny’s poisoning originated in Russia, but also to impose punitive consequences for violating the treaty if that conclusion is reached.

“The first step is for the OPCW to complete the assessment of the samples it gathered in Germany,” Gregory Koblentz, an expert on chemical and biological weapons and the director of biodefense graduate programs at George Mason University, told Arms Control Today. Should the OPCW conclude that Navalny was poisoned with Novichok, the other states-parties to the CWC would likely pressure Russia to declare its past research and development of the nerve agent and to destroy any existing stockpiles or production capabilities. If Russia refuses to cooperate, states may demand a challenge inspection under the CWC into any suspected chemical weapons production or storage facilities in Russia.

“Since that provision of the treaty has never been invoked, the OPCW would be entering uncharted waters,” Koblentz said. “It’s too soon to predict how this will play out.”

U.S. Secretary of State Mike Pompeo said on Sept. 9 that there is a “substantial chance” that senior officials in Moscow were behind the attack. He warned that “this will prove costly for the Russians.”

Russia has vehemently denied allegations that the Kremlin was involved in the attack on Navalny and has accused Germany and its allies of victimizing Moscow over the dissident’s poisoning.

The governing Executive Council of the OPCW is scheduled to meet next in early October, where the incident will likely be subject to further discussion.