“The Arms Control Association and all of the staff I've worked with over the years … have this ability to speak truth to power in a wide variety of venues.”
– Marylia Kelley
Tri-Valley Communities Against a Radioactive Environment
June 2, 2022
U.S., Russia Hit Impasse on New START

As the clock winds down on the last remaining U.S.-Russian arms control treaty, the United States and Russia remain locked in a stalemate with numerous obstacles blocking the path to prolonging the agreement. U.S. President Donald Trump’s administration will only contemplate a short-term extension of the 2010 New Strategic Arms Reduction Treaty (New START) if Russia agrees to a framework for a new trilateral treaty that verifiably covers all nuclear warheads, includes those of China in the future, and makes changes to the painstakingly negotiated New START verification regime. 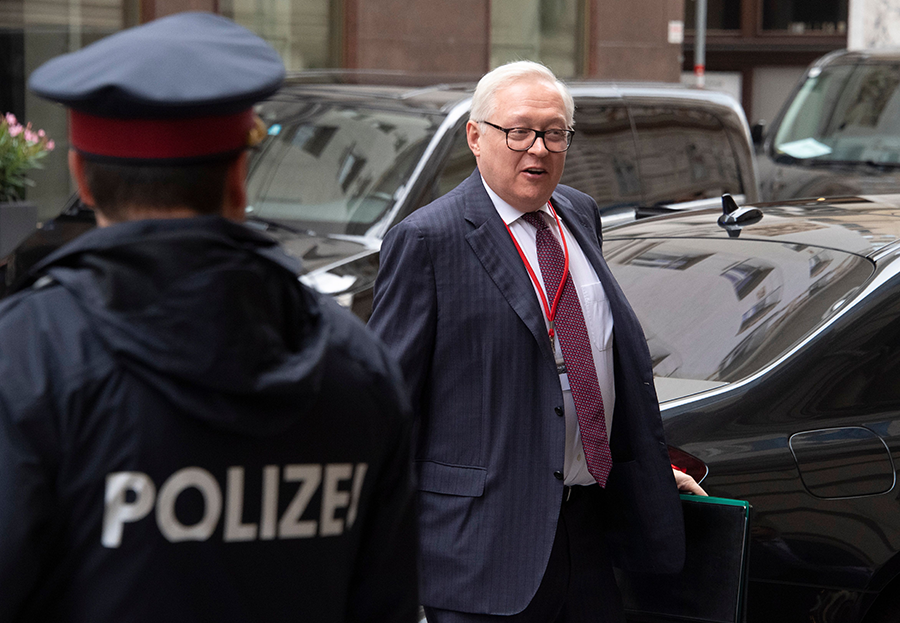 Moscow, which supports an unconditional five-year extension of the treaty, has called the U.S. proposal “absolutely unrealistic.” Russian Deputy Foreign Minister Sergei Ryabkov said that “there are no grounds for any kind of deal in the form proposed” by Washington in a Sept. 21 interview with Kommersant. New START permits an extension of up to five years so long as the U.S. and Russian presidents agree.

The U.S. approach raises several questions, such as whether the Trump administration is actually interested in extending New START at all, what the United States would be willing to put on the negotiating table in exchange for concessions from Russia, and why the administration believes that withholding an extension of the treaty provides the United States leverage in negotiations.

With Russia showing little sign of agreeing to the framework, the Trump administration will soon face the choice of whether to extend the treaty as is or set it on a path to expiration in February, which could trigger a costly arms race.

The Trump administration has also suggested that, if Russia does not agree to framework prior to the U.S. presidential election in November, Washington will tack on additional conditions for New START extension. What those conditions would be are unknown.

Democratic presidential candidate Joe Biden has said that if he is elected president in November and New START has not been extended, he will pursue the treaty’s extension and “use that as a foundation for new arms control arrangements,” according to his campaign website.

Marshall Billingslea, U.S. special envoy for arms control, told Kommersant on Sept. 21 that if Russia does not agree to the Trump administration’s framework, the United States will not extend New START. Billingslea also threatened that the United States would increase the deployed strategic arsenal "immediately after the expiration of the treaty in February."

The U.S. insistence on the framework and refusal to extend New START without unilateral concessions by Moscow has prompted some skeptics to wonder whether the Trump administration is attempting to set Russia and China up to take the blame for an expiration of the treaty.

U.S. officials said that, with four months until New START expires on Feb. 5, 2021, sufficient time remains for Russia to agree to the U.S. offer before a decision must be made on an extension. Yet even if Russia were open to discussions with the United States on its demands, negotiating the specifics of a framework could take weeks if not months.

In addition, according to officials from the Russian Foreign Ministry, Moscow might need months to process a “technical extension” of the treaty.

Russian Foreign Minister Sergey Lavrov said in July that, if the Trump administration does not agree to extend New START, “we will not insist.”

Billingslea has declined to say how long an extension the administration has proposed, telling Kommersant that it “depends on how flexible the Russian leadership will be.”

Moreover, assuming Moscow would even agree to multiple short-term extensions totaling less than five years, preparing and posturing for such extensions could distract from the broader talks the administration says it seeks.

Although any framework agreement is likely to require mutual concessions from Washington and Moscow, the Trump administration refuses to detail what it would be willing to put on the negotiating table, besides a short-term extension of New START, in order to secure Russia’s agreement.

Russia has long said that it prioritizes the inclusion of U.S. allies France and the United Kingdom in arms control discussions. In addition, Moscow seeks to capture other factors it deems essential to maintaining strategic stability, such as missile defense, ground-based short- and intermediate-range missiles, space weapons, and hypersonic weapons.

Billingslea, however, has dismissed the idea of including limits on U.S. missile defenses, involving France and the UK in multilateral talks, and removing U.S. nuclear weapons deployed in Europe.

The Trump administration also has yet to describe what it would be willing to do in order to bring China to the table. Billingslea told CNN on Sept. 18 that Russia could persuade China to join talks, although Moscow has previously refused to do so.

“It’s [Russian President] Vladimir Putin,” he said. “He’s got all kinds of leverage. If they really wanted to help, they could.”

China has repeatedly declined to join trilateral arms control talks with the United States and Russia. The only way that Beijing would join, said Fu Cong, director-general of the Chinese Department of Arms Control and Disarmament, in July, was if the United States decreased its nuclear arsenal to the size of China’s. (See ACT, September 2020.) The United States has an estimated 6,000 nuclear weapons, including retired warheads; China’s arsenal numbers in the low 200s, according to a U.S. Defense Department report in September.

Billingslea claims that the verification regime put into place by New START suffers from significant loopholes and deficiencies, such as the absence of sufficient exchanges of missile telemetry and the limited frequency of on-site inspection.

The U.S. military, however, places great value on the treaty’s inspections and has not indicated that such flaws exist. Vice Adm. David Kriete, deputy commander of U.S. Strategic Command, said in July 2019 that “those verification procedures that the U.S. gets to execute all the time provide great insight into Russia’s capabilities, numbers, and all kinds of things associated with their nuclear weapons.” If those procedures disappeared, he said, then “we would have to go look for other ways to fill in the gaps.”

Rose Gottemoeller, chief U.S. negotiator for New START, also emphasized the importance of New START’s verification setup, saying that it used what worked in previous treaties and discarded those elements that previously encountered issues with implementation. “In the end,” she said in May, “the United States got what it wanted in the New START verification regime: streamlined inspection procedures at a sufficient level of detail to be effectively implemented.”

Although the Trump administration has expressed its willingness to let New START expire, members of Congress continue their calls for the treaty’s five-year extension.

According to an internal State Department report for Congress obtained by Foreign Policy in September, U.S. allies are “concerned about the potential repercussions to the international security environment should New START expire before its full term.”

Meanwhile, the United States and Russia have continued a pause on inspections under New START and a postponement of the Bilateral Consultative Commission (BCC), which oversees implementation of the treaty.

“The United States is studying how and when to resume inspections and the BCC while mitigating the risk of COVID-19 to all U.S. and Russian personnel,” a State Department spokesperson told Arms Control Today. “The United States continues to implement and abide by” New START.