The Convention on Cluster Munitions (CCM) entered into force 10 years ago on August 1, 2010, and it has demonstrated how humanitarian disarmament treaties can succeed even without the support of some military powers. The convention bans the use, production, stockpiling, and trade of cluster munitions based on the widespread, indiscriminate, and unacceptable harm these weapons cause to civilians at and after the time of use. The amount of contaminated land they make dangerous and inaccessible in rural communities causes further years or decades of hardship. 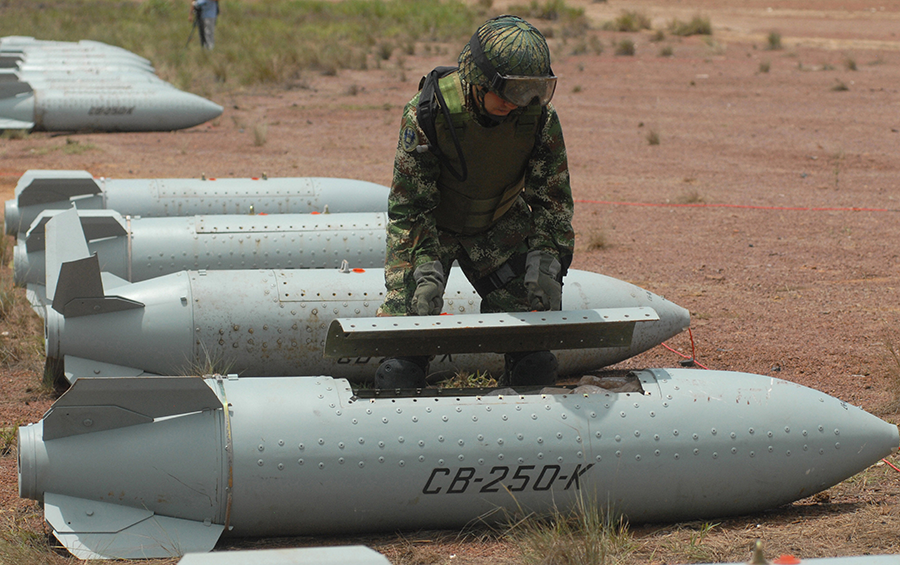 Cluster munitions are defined in the CCM as “a conventional munition that is designed to disperse or release explosive submunitions each weighing less than 20 kilograms, and includes those explosive submunitions.” Because the convention aims to “end for all time the suffering and casualties caused by cluster munitions,” the definition focuses on those munitions shown to cause unacceptable and indiscriminate harm to civilians. Data collected by the Cluster Munition Monitor indicates that noncombatants have comprised more than 85 percent of all casualties from cluster munitions in the past decade.

Far from the advertised high-tech weapon for fighting modern conflicts, cluster munitions have proved to be battlefield losers, to borrow a term from the U.S. Army’s 3rd Infantry Division,1 which left behind contamination that killed friendly ground troops and civilians alike. Evidence from Afghanistan, Laos, Lebanon, Iraq, Serbia, and other affected states’ cluster munitions revealed that there was no responsible way to use cluster munitions due to their inherently indiscriminate nature. Civil society organized under the Cluster Munition Coalition realized quickly that the only sensible thing to do in the face of this evidence from the field was to ban this class of weapons. Civil society mobilized support for a process to do so outside the UN system following the successful treaty adoption process developed in 1997 by the Mine Ban Treaty, and to date, the convention has gained 109 states-parties and an additional 13 signatories that have agreed with the coalition’s assessment and joined the CCM.

A Focus on Victims

Building on the Ottawa Treaty banning landmines, the CCM has set new standards for humanitarian disarmament in the treaty itself and in its processes.

The CCM codified a new legal obligation for victim assistance with a comprehensive definition of a victim that included “all persons who have been killed or suffered physical or psychological injury, economic loss, social marginalization or substantial impairment of the realization of their rights caused by the use of cluster munitions.” By including the families and communities of those directly impacted by cluster munitions in the definition of a victim, the treaty recognizes that it is not just those who are killed or injured that are harmed by the weapon.

The convention’s provisions around victim assistance set a new global standard by outlining details of how states shall assist victims of cluster munitions. The treaty explicitly calls for age- and gender-sensitive assistance, which includes medical and rehabilitative care, psychological support, socioeconomic assistance based on needs assessments, survivor participation, and a national plan, all with effective legal and policy backing. The level of detail about victim assistance has truly set the CCM apart from previous arms control or disarmament treaties.

These two new standards set a precedent that strengthened the implementation of the Ottawa Treaty banning landmines and influenced the negotiations of the Treaty on the Prohibition of Nuclear Weapons. It also set a model for future negotiators to build on the precedents created in previous humanitarian disarmament treaties and strengthen the stigma and effectiveness of those treaties.

A Role for Survivors

When it comes to treaty processes, the CCM calls for the involvement of survivors at the international and national levels. Survivors were instrumental in the negotiation of the CCM and have continued to be strong advocates for and implementers of the treaty throughout the past 10 years. Likewise, affected states have taken a leadership role in the treaty, with countries such as Laos and Lebanon leading implementation and universalization efforts. For example, Laos, as the country most affected by cluster munitions, hosted the first annual meeting of states-parties of the CCM. Laos also set the standard for leadership when the government set “Lives Safe From Unexploded Ordinance” as an additional goal to the 17 UN-established Sustainable Development Goals. Afghanistan and others have followed this example by including clearance operations and victim assistance in their national plans regarding Sustainable Development Goals.

The CCM has made significant progress over the past 10 years, with almost two-thirds of UN member states having joined. With the treaty’s second review conference scheduled to convene in Lausanne on November 23–27, even more ratifications and accessions are expected soon. 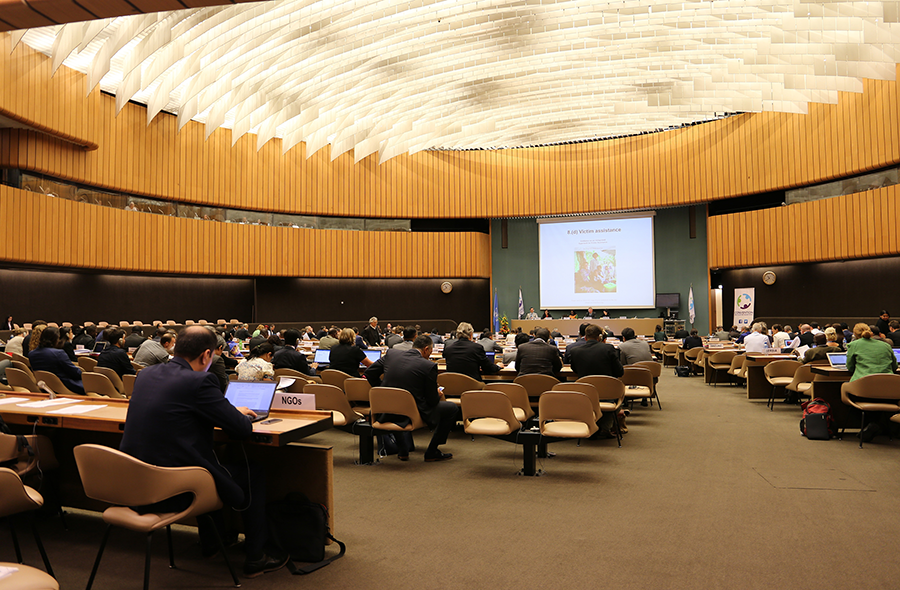 In addition to destroying stockpiles, the CCM also saves lives by requiring states-parties to clear cluster munitions submunitions from their territory. Cluster munitions clearance is difficult because, as air- or artillery-delivered munitions, submunitions can be found hanging on vegetation, rooftops, and other unusual locations. Unexploded submunitions are unpredictable and risky to manage because they failed to operate as intended.

Despite the convention’s success, a number of challenges persist. A small number of states outside the convention continue to use cluster munitions. Since the treaty entered into force, use has been reported in seven nonsignatories: Cambodia (2011), Libya (2011 and 2015), South Sudan (2014), Sudan (2012 and 2015), Syria (2012-present), Ukraine (2014–2015), and Yemen (2015–2017). Communities in all seven states will suffer for years because of the contamination left behind from this use. The ongoing use in Syria is of particular concern due to the widespread and indiscriminate nature of the use. The Cluster Munition Monitor reported at least 674 cluster munitions attacks in Syria up until mid-2019 and 3,262 casualties of cluster munitions attacks or remnants from 2012 to 2017.

Within the convention itself, the slower pace of accessions and ratifications in recent years continues to be troubling. Thirteen signatory states that have not yet ratified the CCM, for example, have no reason to delay ratification, especially because 11 of them have no cluster munitions contamination. Recognizing that there are a number of competing priorities for governments, especially with the COVID-19 pandemic, these signatory states need to ratify as soon as possible. Currently the convention is well below its goal of 130 states-parties by the second review conference, but reaching that marker within the next year is possible with concentrated political effort.

A smaller but nevertheless important issue is the problem of nonstate actors employing cluster munitions. The weapons’ complexity limits widespread use by such armed groups, but they still appear in a number of conflicts. Most recently, cluster munitions were used by forces under the control of Khalifa Haftar in Libya, and nonstate armed groups have previously used the weapons in Afghanistan (by the Northern Alliance), Bosnia-Herzegovina (by Croat and Serb militias), Croatia (by a Serb militia), Israel (by Hezbollah), Syria (by the Islamic State group), and Ukraine (by Russian-backed separatists).

The implementation of clearance is always a concern, but the convention’s largest challenge has been the victim assistance obligations. Victim assistance continues to be underfunded and overlooked. Psychological support and economic inclusion, in particular, have seen little improvement under the CCM despite being incredibly important to victims’ welfare and human rights. Victims in rural and remote areas continue to face significant hurdles to accessing assistance and services.

Most states-parties have taken steps to consult and engage survivors as required by the CCM and its action plans, but “generally there was no indication that survivor’s views were actively considered or acted upon.”3 Although the CCM has been very successful in destroying cluster munitions in stockpiles and in the ground, it has been less successful in addressing the lives and livelihoods that have been destroyed by this inhumane weapon.

The second review conference provides an opportunity to set a new action plan to guide the next five years of work. Under Switzerland’s presidency, efforts to draft a Lausanne action plan are underway with inputs from states-parties, civil society, and international organizations. The plan is expected to set goals with regard to clearance and victim assistance, with concrete indicators to assess progress, while highlighting cross-cutting issues such as gender and national ownership, which are important to successful implementation of the convention.

A strong action plan is necessary to help the CCM community meet its goal of completing the treaty’s implementation by 2030. This goal is very appropriate considering the links that heavily affected states, such as Afghanistan and Laos, have made between their implementation of the CCM and their work toward the United Nations’ 2030 Agenda and its Sustainable Development Goals.

Although the CCM has its challenges, it continues to demonstrate the importance of humanitarian disarmament. Seeing arms through a humanitarian lens brings clarity to what needs to be done and prioritizes efforts to protect individuals and communities. By focusing on the weapons that cause the greatest humanitarian harm, the CCM has had a concrete impact on communities around the world in its first 10 years. 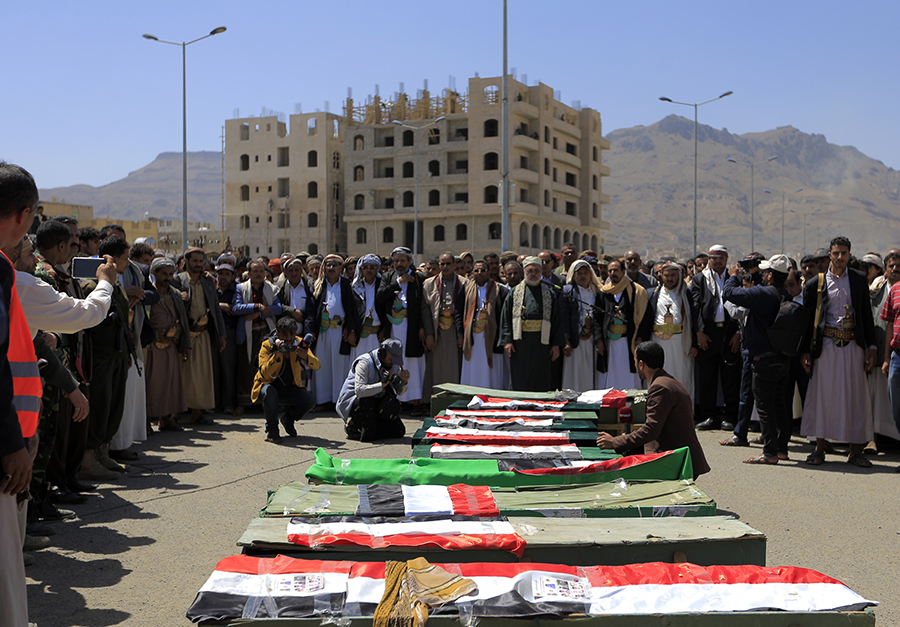 The convention has set standards for international humanitarian law with regard to definitions of victims and the components of effective victim assistance, which have influenced other treaty bodies and negotiations. The norm against cluster munitions continues to grow, showing that international law works even in states outside the treaty. There are even stories of representatives from nonsignatories who have used cluster munitions asking civil society to stop drawing attention to their use of the banned weapons. They made those requests not because the allegations of use were false, but because the stigma against using such weapons was so high.

With growing stigma on use, stockpiles being destroyed, land being cleared, and some victim assistance being provided, the CCM has proven that it is possible to make significant positive change in communities using international law. Ten years after its entry into force, the CCM is well on its way to becoming the foundation of a world without cluster munitions.

Erin Hunt is the program manager at Mines Action Canada. She has been working in humanitarian disarmament in various capacities since 2006 and doing public education on the Ottawa Treaty banning landmines since 2003.