A new report from the International Atomic Energy Agency (IAEA) on North Korea reveals ongoing uranium enrichment at its Yongbyon facility and continuing progress toward construction of an experimental light-water reactor (LWR). North Korea’s five-megawatt, gas-graphite reactor remains inactive, however; and there are no signs that plutonium reprocessing occurred within the last year, the agency’s Sept. 3 report finds. 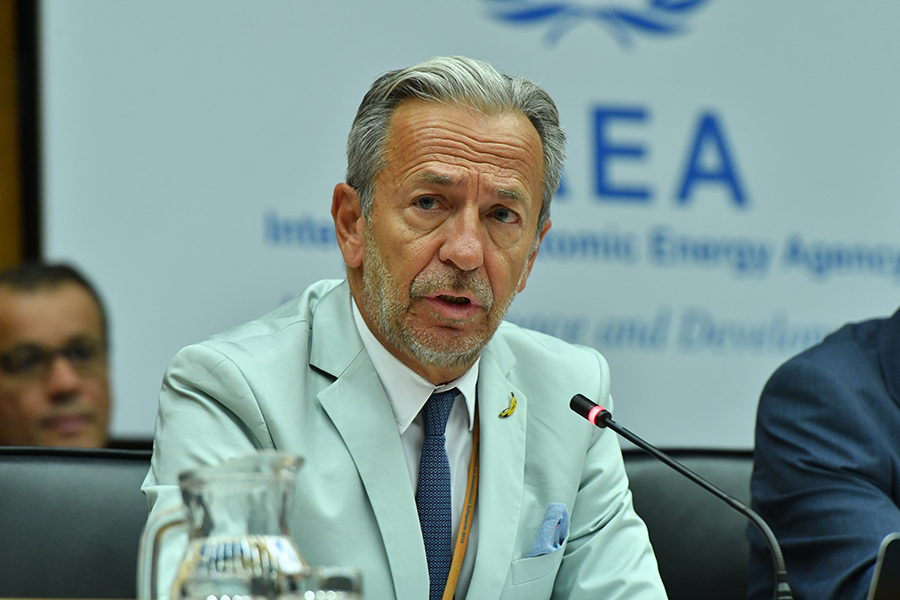 But the report suggests the IAEA is not able to determine whether irradiated fuel from the reactor’s most recent operational cycle, which ended in December 2018, remains inside the reactor or whether fuel rods were removed and stored in the spent fuel pond to await reprocessing. The latter action could imply a forthcoming plutonium reprocessing campaign, which would expand North Korea’s stockpile of weapons-grade plutonium.

The agency’s report does not estimate how much HEU North Korea produced during the reporting period or how much fissile material it has stockpiled in total.

According to the report, Pyongyang is continuing to make progress toward constructing an experimental LWR at the Yongbyon nuclear complex. The report notes that although internal construction appears to have continued during the reporting period, the IAEA is unable to estimate based on available information when the reactor will become operational. Construction on the reactor began in late 2010.

North Korea’s failure to cooperate with the IAEA limits implementation of the agency’s safeguards practices to those that can be conducted remotely and without on-site access. Safeguards conclusions, including those reflected in the Sept. 3 report, are drawn largely from open source information and satellite imagery analysis.

Despite these limitations, the IAEA has taken steps to strengthen its preparedness to verify North Korea’s nuclear program should a diplomatic agreement on denuclearization be reached. According to the agency, these steps include efforts to enhance open source monitoring tools, expand collection of satellite imagery, and shore up inspectors’ familiarity with the technical aspects of North Korea’s nuclear program. The IAEA formed a North Korea team within its Department of Safeguards in August 2017 to develop and implement these safeguards practices.

Whether a denuclearization agreement with North Korea necessitating IAEA safeguards can be achieved remains in doubt. Kim Yo Jong, who heads the Central Committee of the Worker’s Party of Korea, said on July 10 that “summit talks are not needed this year and beyond.”

She did not say that denuclearization talks between Washington and Pyongyang were off the table permanently, but she listed a series of conditions to be met for diplomacy to proceed. Namely, she said, “denuclearization on the Korean peninsula can only be realized when there are major changes made on either side, i.e., the irreversible, simultaneous major steps to be taken in parallel with [North Korea’s] actions.” (See ACT, September 2020.)

In the meantime, Pyongyang appears to be continuing its development of nuclear weapons and offensive missile capabilities. A South Korean military official reported on Sept. 16 that North Korea may soon conduct an underwater-launched ballistic missile test for the first time in about a year. This test could support development of an eventual submarine-launched ballistic missile capability.